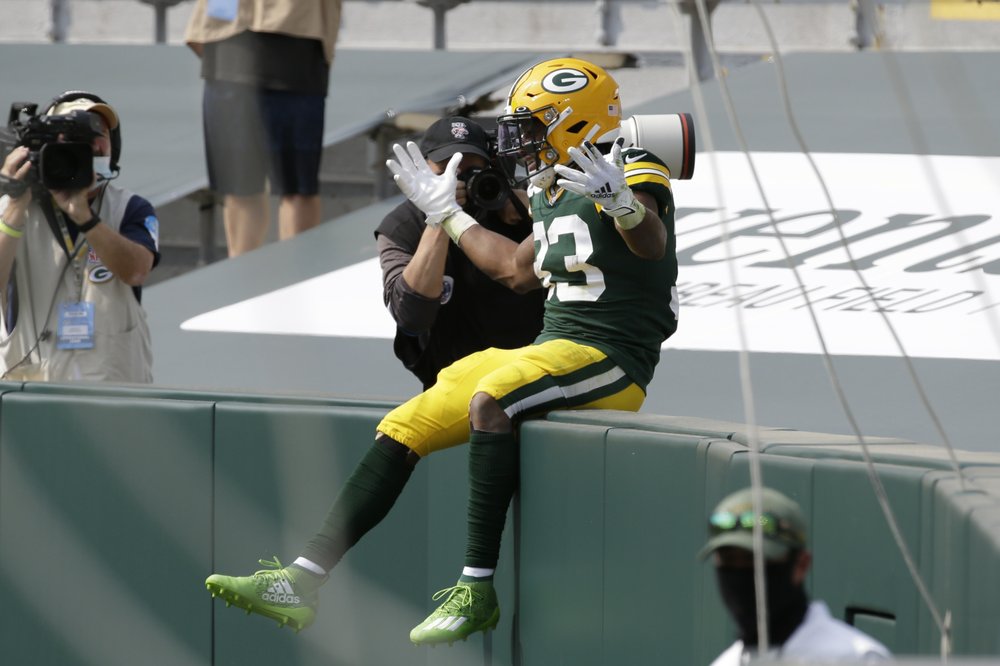 No NFL team scored more points during the regular season than the Green Bay Packers. Nobody has played better defense than the Los Angeles Rams.

That sets up an intriguing showdown of strength vs. strength when MVP favorite Aaron Rodgers and the Packers (13-3) host All-Pro defensive tackle Aaron Donald and the Rams (11-6) in an NFC divisional playoff game Saturday.

“This is what you love,” Rams coach Sean McVay said. “These are the type of matchups and opportunities that as a competitor, you can’t wait for.”

Both of these units are at the top of their game.

The Packers have won six straight games and have been held below 22 points just once all season. Los Angeles got to this point by sacking Russell Wilson five times in a 30-20 victory at Seattle last week.

“They went to Seattle, played a familiar opponent and played really, really well, and they’re coming in with the confidence that they should have,” Rodgers said. “And we’re coming in with confidence as well, the season that we’ve had and what we believe we’re capable of.”

Donald leads a defense that allowed the fewest points and yards of any team during the regular season.

“At any time, at any quarter of the game, a different guy could make a big-time play for us,” Donald said. “It’s not just one or two guys. When you’ve got a group of guys – all 11 out there – who are pretty much playmakers who can make that game-changing play at any time, you’ve got a great group.”

This will be the first time the NFL’s top-ranked scoring offense and scoring defense have faced off in the postseason since the New England-Atlanta Super Bowl on Feb. 5, 2017. The Patriots had the top-ranked defense and the Falcons had the No. 1 offense that year.

John Wolford started at quarterback for the Rams against Seattle, but left early in the game with a neck stinger that will prevent him from playing Saturday. That means the Rams will turn to Jared Goff, who is less than three weeks removed from thumb surgery.

The Rams’ most important offensive players right now might be rookie running back Cam Akers and left tackle Andrew Whitworth. Although both are recovering from recent injuries, they’re the keys to a revitalized ground game that racked up 164 yards rushing last week.

The start of this game could go a long way toward dictating the result.

Green Bay has outscored opponents 299-163 in the first half this season, including a 219-92 edge in the second quarter. The Packers actually have been outscored 124-107 in the fourth quarter and overtime, but they’ve made up for that by building such big early leads.

The Rams are 37-0 in games they’ve led at halftime during McVay’s four-year tenure.

The Packers won’t have All-Pro left tackle David Bakhtiari, who suffered a season-ending knee injury in practice on Dec. 31.

Green Bay’s offensive line fared well without Bakhtiari in a 35-16 victory at Chicago to close the regular season, but his absence is more of a concern against a Rams team that led the NFL with 53 regular-season sacks.

Donald left the Seahawks game last week with injured ribs, but the Rams have expressed confidence the six-time All-Pro will play Saturday. McVay said that “unless something unforeseen happens, the Terminator will be ready.”

The Packers will be playing a home game in front of paying spectators for the first time this season. The Lambeau Field crowd will include about 6,500 season-ticket holders as well as invited frontline health-care workers and first responders plus a league-mandated allotment for the visiting team.

“That’s going to help us, give us an extra added home-field advantage that we need, just bringing that extra juice,” Packers running back Aaron Jones said.

Green Bay hadn’t allowed any spectators for its first four regular-season home games due to the pandemic. In late November, the Packers made seating available to team employees and their immediate family members. The last two home games also featured hundreds of frontline workers who were invited to attend.

0
0   0
previous Jared Goff to start for Rams in Green Bay; Wolford inactive
next Packers' Adams Finally Gets To Face Off With LA's Ramsey
Related Posts