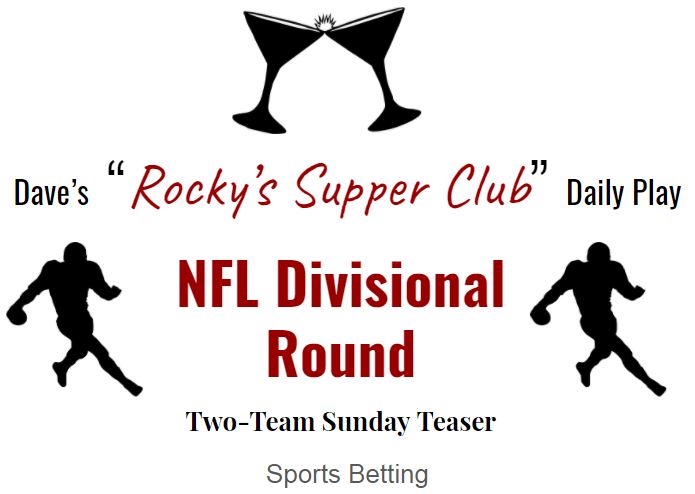 How did I get here?: Last night the NBA, and our friends at Betnow.eu set us up with a killer opportunity. Take two games (LAL @ HOU) & (SAS @ OKC), jump on the TOTAL plays, add 5 points to those TOTALS, and take the UNDER.

Next up I took the (SAS @ OKC) and saw that the TOTAL started out on this at 214 but was quickly jumped on by sharp money driving that up to 218 ½. By using the 5 points on the two-team-teaser I bought that number up to 223 ½ and took the UNDER. That leg of the teaser also came in for me with the final score 112-102 also coming in considerably UNDER the adjusted total of 223 ½.

Looking back at last night’s play it’s lucky that I found such great (-110) odds for this two-teamer because both of the games I used in the teaser came in UNDER the total without needing to tease. If I had taken odds any different than I did, say (-120) or (-130) which is common in teaser plays, I would have cost myself some money and would have been better off betting these games individually.

As we’ve discussed a lot recently, teaser plays aren’t always the way to go, but if you’re looking to get better odds on your side, and you find tolerable vig, they can be very profitable.

What’s on the table today?: I have to take an early stab at an NFL two-team-teaser for this Sunday’s Divisional games before the lines move too much away from my liking.

While we can all agree that the Chiefs are a much better, more complete, well coached team than the Browns, Kansas City hasn’t played their QB in weeks, and when Mahomes and Co were last on the field they weren’t exactly blowing teams away.

Conversely, the Browns who had every excuse in the world NOT to beat Pittsburgh in Pittsburgh, that’s just what happened shocking the Steelers with a 28-0 first quarter that turned into a 48-37 win that saw a second half Steelers comeback fall short.

I like the Browns in this to cover a teaser-adjusted number of (+16).

Next up (TB +3) on the road versus the Saints with my taking the Bucs, and adding 6 points to their dog-status spread and jacking that up to (TB +9). The Bucs and Saints have played twice already this season with New Orleans out-classing the Bucs in both match ups.

The history of teams playing a third time against each other (see CLE above) does not bode well for the Saints who are hosting. Tom Brady and the Bucs had to play a very stout Washington Football Club defense on Saturday in the Wild Card Game, and while Tampa Bay didn’t blow Washington out of the water there never was a real feeling the Bucs would lose that game.

New Orleans however, versus the Bears, could have been much different if the Bears caught wide open TD passes in the end zone, and if Trubisky wasn’t such a limited quarterback. I thought the Bears, had they tied the game in the 1st quarter on the dropped TD pass by Mims, might have won that game.

I really like the Bucs to win this one straight-up, but by adding 6 more points to a line of (+3) and moving that all the way up to (TB +9), I can’t pass it up. Don’t be surprised either if you see this game move to an actual Pick-Em (meaning EVEN money) before kickoff.

This is how my Two-Team-NFL-Teaser card (today) will look for Sunday’s Divisional Round Games:

Be sure to check back in tomorrow’s column for the Jon Denton Special that Jon will deliver to us live on air at 7:40a *CT* on January 14th 2021.