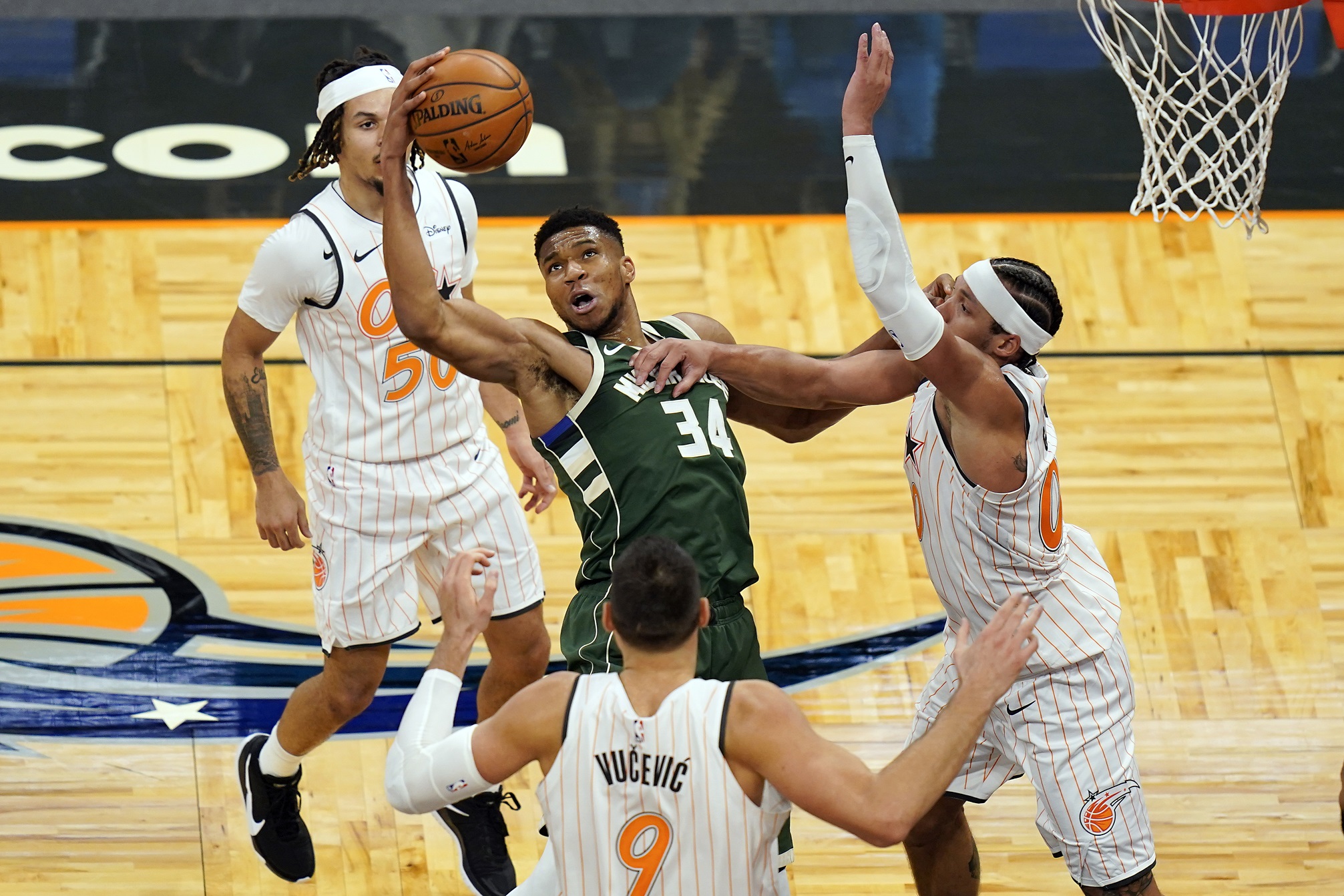 ORLANDO, Fla. (AP) — Giannis Antetokounmpo returned from a one-game absence because of a minor back injury and scored 22 points as the Milwaukee Bucks beat the Orlando Magic 121-99 on Monday night.

Antetokounmpo, the reigning two-time NBA MVP, started slowly and battled through second-half foul trouble before coming alive in the fourth quarter. Milwaukee won a second straight and beat Orlando for a fifth consecutive time in the regular season.

Khris Middleton finished with 20 points and 10 rebounds for the Bucks, while reserve Bobby Portis played well for a second straight game, scoring 20 points.

Nikola Vucevic had 28 points and 13 rebounds to lead the short-handed Magic, who have lost three straight since Markelle Fultz was lost to a season-ending knee injury. Aaron Gordon had 21 points, eight assists and five rebounds and contributed solid defense against Antetokounmpo.

ATLANTA (AP) — Trae Young scored 26 points, including the first three baskets of Atlanta’s dominant start to the second half, and the Hawks beat short-handed Philadelphia.

Young, who was held to a combined 22 points in his last two games, regained his scoring touch. He opened the second half with a jumper before adding back-to-back layups.

Devonte Graham had 19 points and seven assists for Charlotte, and P.J. Washington had 13 points as the Hornets handed the Knicks their third straight defeat.

Kevin Knox had 19 points to lead the Knicks, and Mitchell Robinson had 12 points and 11 rebounds.

The Hornets scored 24 points off 17 Knicks turnovers. Charlotte committed 10 turnovers while climbing above .500 for the first time this season.

The Wizards (3-8), who had lost five straight at home, played without guard Russell Westbrook. He will miss at least a week with a left quadriceps injury.

Beal, the NBA’s leading scorer, had eight rebounds and nine assists. He missed Saturday’s game with Miami because he was in the NBA’s health and safety protocol.

Brandon Clarke scored 15 points and Tyus Jones had 13 points, seven assists and three steals for the Grizzlies, who won their second straight and improved to 3-1 on the road.

Cavaliers center Andre Drummond had 19 points and 14 rebounds for his 11th straight double-double to start the season. Dotson added 14 points and six assists, and Cedi Osman had 14 points.