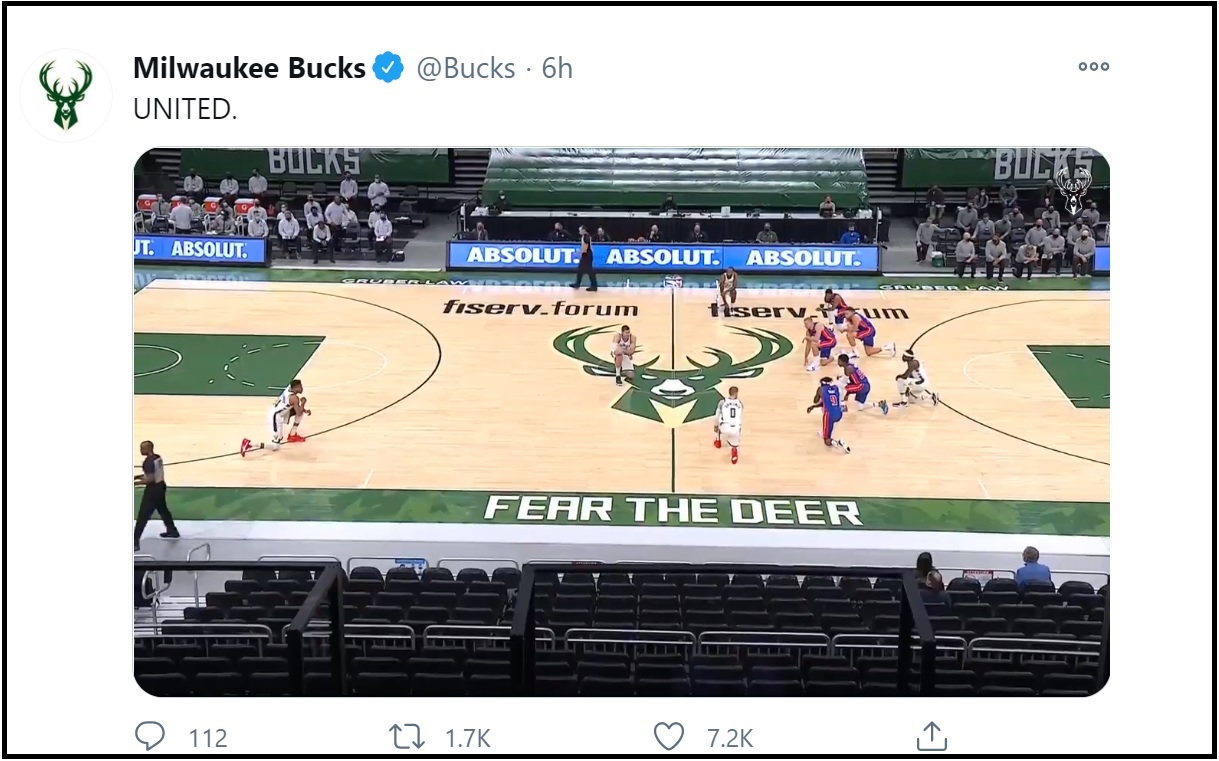 Bucks, Pistons each kneel on 1st possession in protest

Bucks, Pistons each kneel on 1st possession in protest

On the night after a prosecutor decided not to file charges against a white police officer who shot a Black man in Wisconsin, and a day of unrest at the nation’s capitol, both the Milwaukee Bucks and Detroit Pistons offered their response at the start of the game.

Milwaukee coach Mike Budenholzer proposed doing something during the game — when it would be more visible — rather than during the national anthem.

The Bucks said they held the ball for seven seconds to reflect the seven times Jacob Blake was shot.

“We know that when the game starts, people are going to be paying attention,” Antetokounmpo said. “That was the right time to do it. It was a great idea by Bud.”

Blake was left paralyzed after getting shot in the back by Kenosha police officer Rusten Sheskey on Aug. 23. The Bucks sat out a first-round playoff game with the Orlando Magic last summer to protest that shooting.

Antetokounmpo scored 25 points and Khris Middleton added 23 as the Bucks rolled past the Pistons 130-115 on Wednesday night for their third consecutive victory.