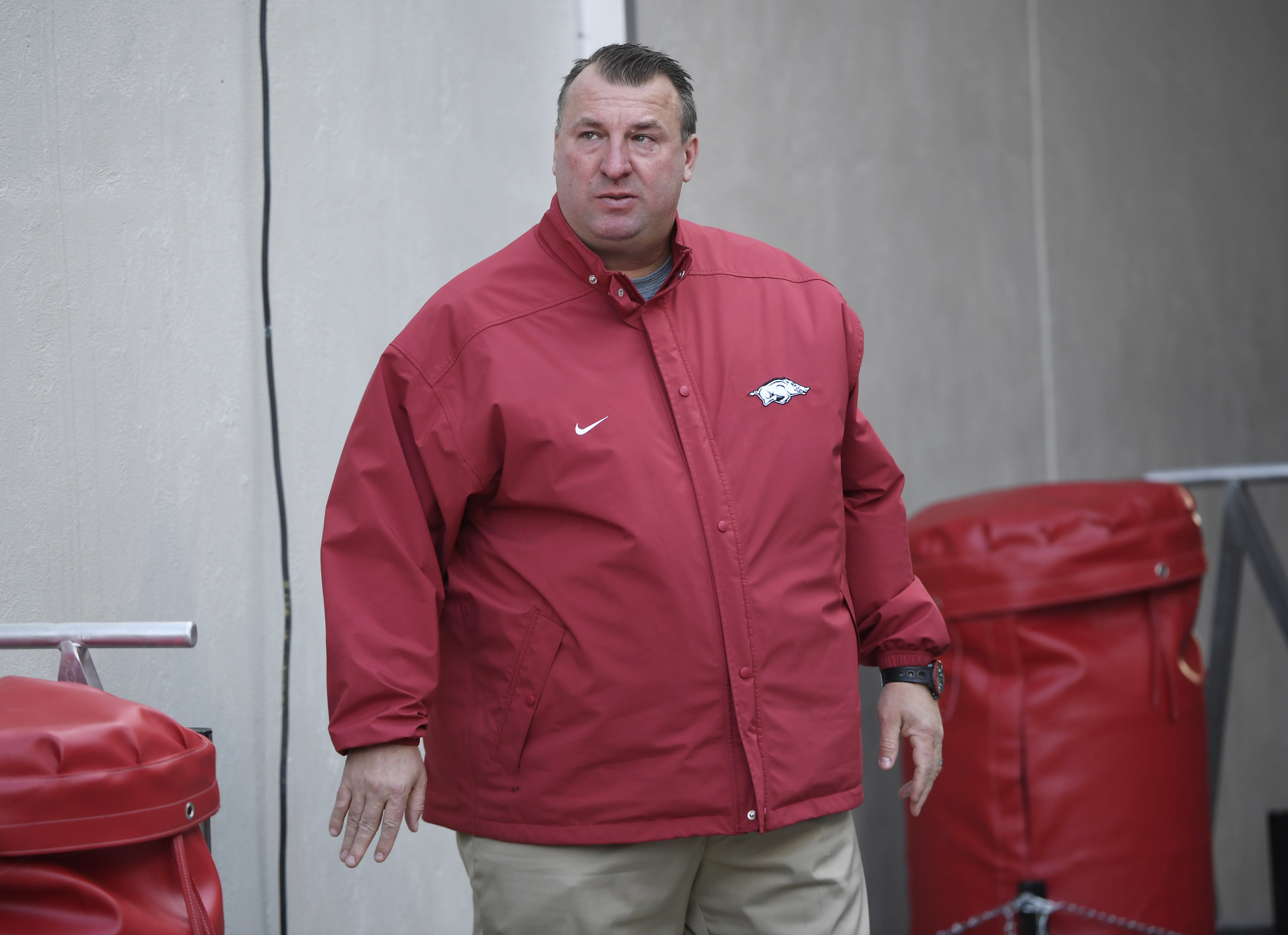 Bret Bielema, who led Wisconsin to three Rose Bowls before a disappointing run at Arkansas, is returning to the Big Ten and his home state to coach Illinois.

The Illini hired Bielema to replace the fired Lovie Smith on Saturday, hoping he can turn around a program with nine consecutive losing seasons.

Illinois said Bielema will receive a six-year contract with an annual salary starting at $4.2 million, and begin work immediately.

He will be a guest of athletic director Josh Whitman’s when Illinois plays at Penn State on Staurday.

A native of western Illinois, the 50-year-old Bielema is 97-58 in 12 years at Wisconsin and Arkansas.

“Illinois and the Big Ten is home for me, and I can’t be any more excited about the opportunity in front of me with the Fighting Illini,” Bielema said in a statement. “We want to build a program that makes Illini Nation proud and regain the passion that I’ve seen when Illinois wins.

He has spent the last three season as an assistant coach in the NFL, first with the Patriots and then the New York Giants.

“In our conversations, it became clear to me that he is a lifelong learner who is continually looking to grow and improve, and he has enjoyed unrivaled mentorship from some of the game’s most distinguished coaches, including Hayden Fry, Kirk Ferentz, Bill Snyder, Barry Alvarez, and Bill Belichick – all of them current or future Hall of Famers,” Whitman said.

Bielema was defensive coordinator at Wisconsin when he replaced Alavarez and had immediate success.

He became the third coach in NCAA history to win 12 games in his rookie season when Wisconsin went 12-1 in 2006. No other Big Ten coach had won 10 in his first year.

In 2010, the Badgers beat a No. 1 team for the first time since 1981 when they knocked off Ohio State. They won the Big Ten that year, losing to TCU in the Rose Bowl, and won the first two conference championship games— and trip to the Rose Bowl that went with them — in 2011 and 2012 by beating Michigan State and Nebraska. The Badgers lost all three of those high-profile bowl games.

His move to Arkansas was surprising, ultimately unsuccessful and the legal battle over how much contract buyout money he is still owed by the school’s athletic foundation is ongoing.

In July 2018, the New England Patriots hired Bielema as a consultant to coach Bill Belichick. He became the Patriots’ defensive line coach in the 2019 season. In January, the New York Giants and new head coach Joe Judge hired Bielema as outside linebackers coach and senior assistant.

Illinois was 2-5 heading into the Penn State game.

Bielema takes over a program that most recently had a winning when it went 7-6 in 2011. The Illini won their first six games that year, lost their next six and fired Ron Zook before finishing with a victory over UCLA in the Fight Hunger Bowl.