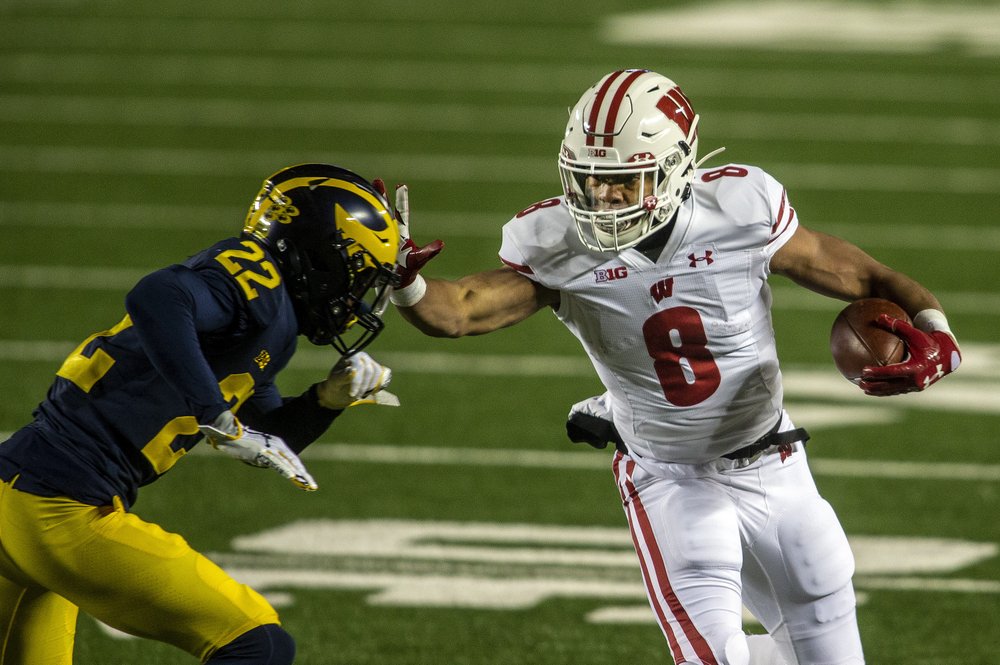 Look-alike teams meet when No. 25 Badgers visit No. 19 Iowa

Look-alike teams meet when No. 25 Badgers visit No. 19 Iowa

Kirk Ferentz used Wisconsin as his template when he started building Iowa’s program in 1999.

Good choice. The Badgers of that period were in the top 10 and going to Rose Bowls, and they’ve been the dominant team in the Big Ten West since the league went to its current alignment.

“Not that we live in the same neighborhood,” Ferentz said, “but we’re a lot more like them maybe than we are an Ohio State.”

For Iowa, like Wisconsin, it’s more about strength than speed, toughness, big linemen knocking down the opponent and an emphasis on player development over star power in recruiting.

The teams resemble each other as much as ever this season, so it’s no surprise oddsmakers have made Saturday’s meeting in Iowa City a pick’em game.

“We’ve had some great games over the years,” Ferentz said. “I do know this from experience: If you’re going to beat them, you have to beat them. It’s not easy. We have to play our absolute best game.”

“Any time you play Iowa you know it’s going to be a physical game and a great defensive game,” Wisconsin quarterback Graham Mertz said. “We’re prepping for that. Obviously, we’ve just got to put points on the board. That’s one area where we’ve been lacking.”

The Badgers have won four straight in the series, including a 24-22 thriller last year in which Iowa rallied from a 21-6 fourth-quarter deficit and got stopped late in the game on what would have been a tying 2-point conversion try.

“They’re a team that kind of prides themselves on the same thing we do,” Badgers offensive lineman Jon Dietzen said. “Having kind of those similar identities makes more of an interesting battle for the win, who plays this type of ball better, who plays that physical smash-mouth football better.”

The Heartland Trophy has gone to the Wisconsin-Iowa winner since 2004, with the Badgers claiming it in nine of 14 meetings. The teams didn’t play in 2011 or ’12. Wisconsin leads the all-time series 48-43-2.

Chryst said his offseason workload made it difficult for him to focus on the detailed preparation necessary to effectively call plays. He said he’s taking a more big-picture approach to managing the program while still assisting with the offense.

“I do feel Joe is really smart and has a good sense of things,” Chryst said. “You can’t make that decision if you don’t feel there’s someone who can do it.”

The Hawkeyes have outscored the opposition 186-76 during their win streak. That’s their most points over five games since 2002.

Wisconsin quarterback Jack Coan, who had surgery on his right foot in October, suited up for the first time last week but didn’t play against Indiana. Coan has started 18 games, including all 14 last year.

Chryst said Coan made significant progress in his recovery last week. He said he didn’t know if Coan would take snaps against Iowa.

Freshman Tanor Bortolini is in line to make his first start for Wisconsin. He played for the first time last week after Kayden Lyles injured his right leg and on the Badgers’ second possession.

Chryst said Bortolini did mostly a good job making line calls and Graham Mertz was able to snag shotgun snaps that were off target.

“Everyone was on the same page,” Chryst said. “If you’ve got that, you’re going to be all right.”

Bortolini played last week because Cormac Sampson was unavailable because of injury. Sampson practiced some this week, but Chryst didn’t know if he could play.