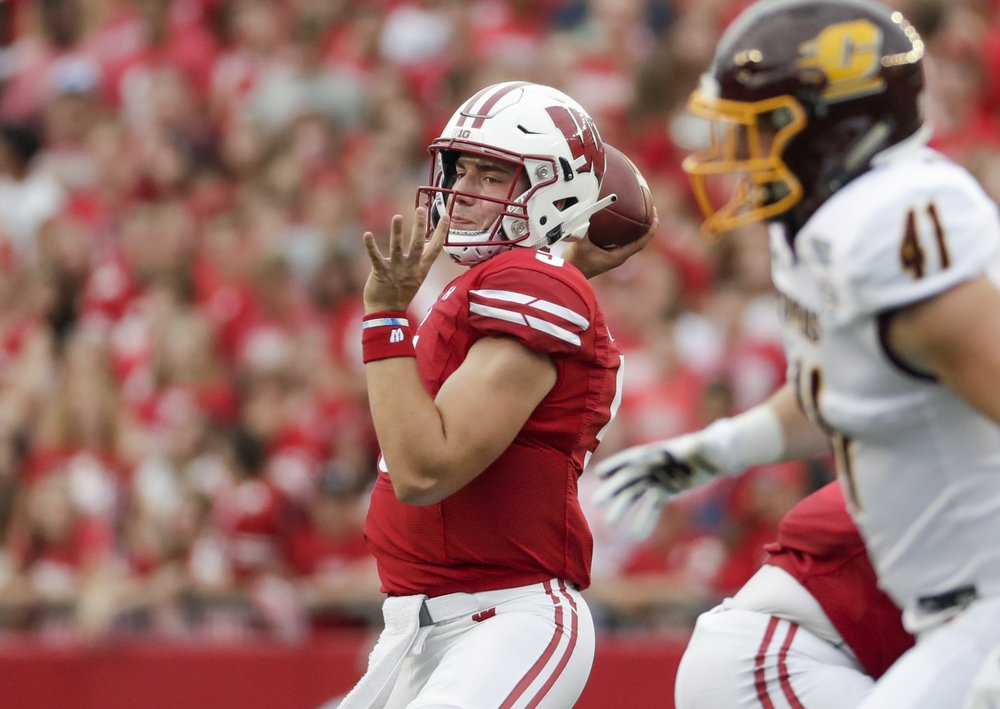 A matchup with Michigan this weekend is the first football game for the Wisconsin Badgers in 21 days, after battling a COVID-19 outbreak.

The key question is whether quarterback Graham Mertz will be able to play.

Both Mertz and backup Chase Wolf were among the players who tested positive, and the Big Ten Conference has a strict 21-day COVID quarantine protocol.

In Wisconsin’s only game this season, Mertz’s debut, the redshirt freshman had a record-setting performance in a blowout win over Illinois.

Mertz was 20-for-21 for 248 yards and five touchdowns and no interceptions.

If neither can play, Danny Vanden Boom would start. He hasn’t played since the 2018 season, when he completed his only pass in three appearances.

A loss would be devastating to Michigan, which has dropped two of its first three.

The Wolverines are in danger of their first 1-3 Big Ten start since 2014, the year before Jim Harbaugh took over.

They haven’t lost three of four overall to begin a season since 1967.

0
0   0
previous Column: Half a season and a Super Bowl ahead for NFL
next Chryst ‘hopeful’ about No. 13 Wisconsin’s QB situation
Related Posts