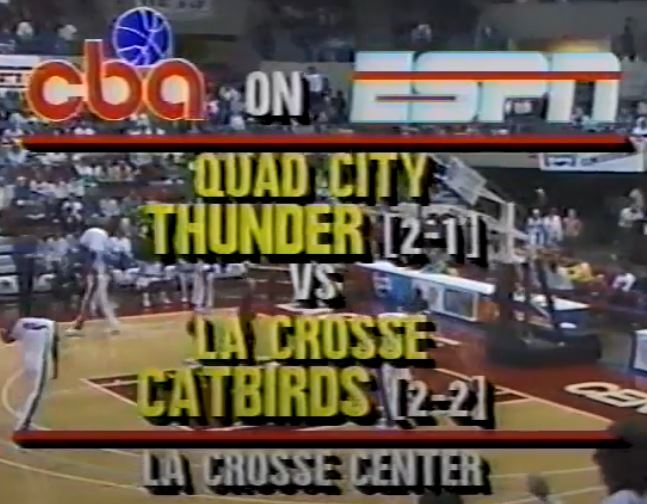 Oh yea baby! Flashback to 1988 when the La Crosse Catbirds hosted the Quad City Thunder of the C.B.A. in the beginning of the 1988-89 season at the La Crosse Center.

The 1988 season wasn’t the best for the Catbirds (19-35), but did feature Mark Davis (dad of some pretty good local twin hoopers going to UW Madison right now), as well as 1970’s star and first round pick in the NBA of the Trailblazers Ron Brewer, whose son Ronnie went on to also become a first round pick by the Utah Jazz in 2006.

Take a look back at a simpler time, when the C.B.A. was a viable product (no Netflix or internet), the intro theme songs of the TV broadcast were WAY to descriptive, and we all got together and shared in a good time at the La Crosse Center.