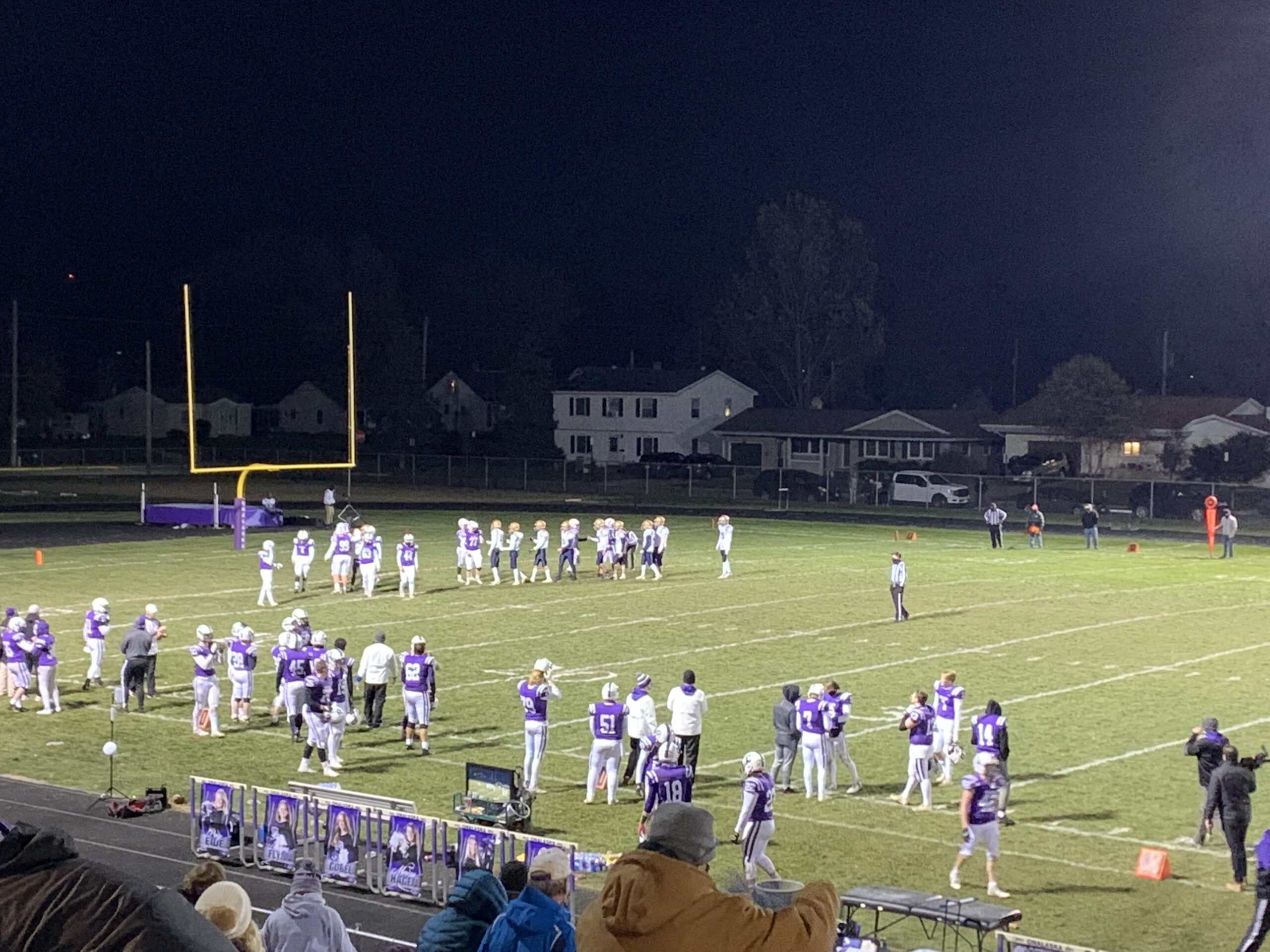 ONALAKSA — The weather may have been cold, but the Onalaska High School football team’s offense was hot Friday night.

Landon Peterson’s six catches, 93 yards and three touchdowns led the Hilltoppers to a 46-6 win over Aquinas.

Re-watch the game by clicking here.

Peterson capped off an 80-yard opening drive with a 31-yard score from quarterback Ayden Larson midway through the first quarter.

Onalaska wasn’t done, however. Albert Romero scored one of his two touchdowns in the first, and finished with 25 carries for 120 yards.

The only scored from the Blugolds (3-2) came a few plays after an interception, when Calvin Hargrove rushed in a touchdown from 26 yards away to pull within 20-6.

Onalaska, however, would score two more times before half with Larson finding Hudson Weber and then, 14 seconds before halftime, Weber threw a touchdown pass to Peterson, giving the Hilltoppers a 34-6 lead.

The Hilltoppers scored twice in the second half to seal a 46-6 victory over the Bluegolds.