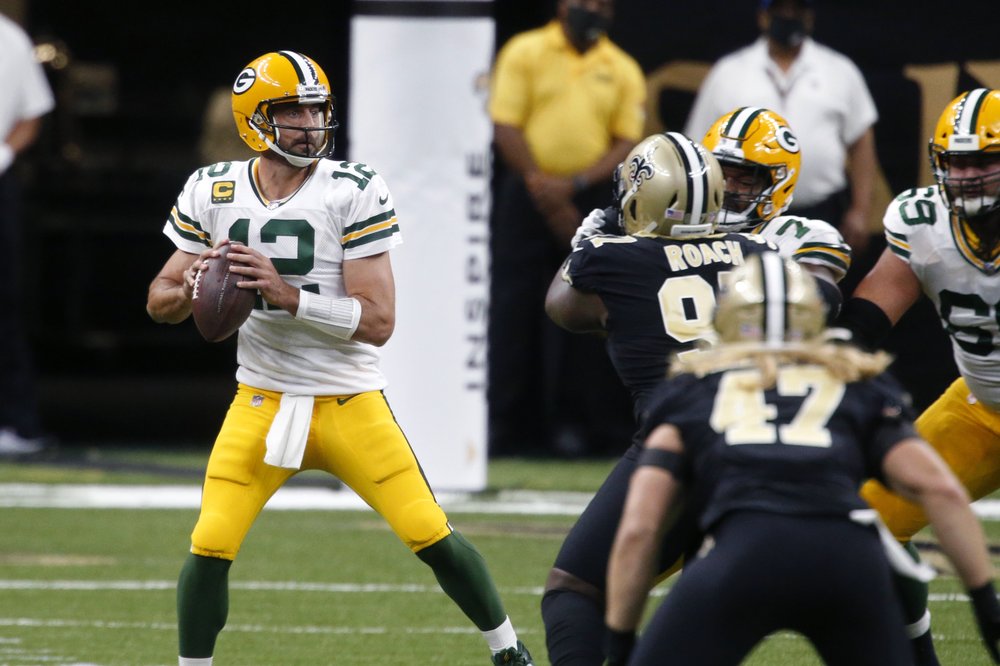 “I don’t want to disrespect any other quarterbacks, but this guy’s the best in the business in my opinion,” Zimmer said.

Rodgers and three-time Pro Bowl receiver Davante Adams are coming off big performances in a 35-20 victory over the Houston Texans. They also have the type of matchup and experience edge Sunday to pick up right where they left off.

Minnesota (1-5) has started rookie cornerbacks Cameron Dantzler and Jeff Gladney each of its last three games. The Vikings placed Dantzler on the COVID-19 reserve list Wednesday, leaving his status uncertain for Sunday and creating one more potential problem.

The Packers (5-1) aren’t expecting such an easy time in the rematch. The respect between Rodgers and Zimmer is mutual.

“Anytime you play a Mike Zimmer team, you’ve got to be ready for everything,” Rodgers said. “He’s a phenomenal coach. I was telling a friend of mine, to see him mentioned being on the hot seat, to me, is absolutely crazy. I think he’s one of the best coaches in the league and has been for a long time. They don’t all give you the trouble and scheme that Mike does.”

Adams agreed the Vikings can make things difficult on an offense, though he’s had a recent history of success in this series. Adams has 34 catches for 378 yards and two touchdowns in his last three matchups with the Vikings.

“The Vikings historically have been one of the teams that do the best job with hiding some of these coverages,” Adams said. “Obviously, you get an initial plan in your head of how you’re going to release, how you’re going to run your route. And then based off of the coverage, it can be a completely different route.”

Adams is back at peak form after missing two games with a hamstring injury. He caught two of Rodgers’ four touchdown passes at Houston and had 13 overall receptions for a career-high 196 yards.

Now he faces a young secondary that might be further depleted.

The Vikings drafted Gladney out of TCU in the first round with the 31st overall pick and then selected Dantzler from Mississippi State in the third round. They’ve improved with experience over the last several weeks while benefiting from the presence of veteran safeties Harrison Smith and Anthony Harris, though Minnesota ranks 29th out of 32 NFL teams in pass defense. Rookie cornerback Harrison Hand, a fifth-round pick from Temple, also has contributed.

“We all understand that the DBs we have right now were playing college football just nine months ago,” Vikings defensive end Ifeadi Odenigbo said. “So at the end of the day, we didn’t have a preseason, so this was really their first true test, and Davante Adams is an elite receiver. So I think these rookies, they’re no longer rookies anymore. We’re halfway through the season and it’s their second time playing the Packers. I expect them to do well this game.”

But the Vikings may have to make do without Dantzler in the rematch with Green Bay as they wait for other cornerbacks to get healthy. Mike Hughes (neck) and Holton Hill two games (foot) didn’t practice Wednesday, and Kris Boyd (hamstring/back) was a limited practice participant.

Boyd has missed three straight games. Hill has been out the last two games. Hughes has missed two games and left the Vikings’ last game early due to injury.

Perhaps the weather will give Minnesota’s secondary an assist. The forecast calls for occasional gusts over 40 mph in Green Bay on Sunday, which could make it tough for anyone to throw the ball.

NOTES: The Packers held a walk-through rather than a full practice Wednesday but estimated that running back Aaron Jones (calf), cornerback Kevin King (quadriceps) and kicker Mason Crosby (calf/back) wouldn’t have practiced. Jones and King missed the Texans game. … The Packers signed guard Ben Braden and cornerback KeiVarae Russell to the practice squad.