Home NEWS Packers seek to bounce back after embarrassing defeat 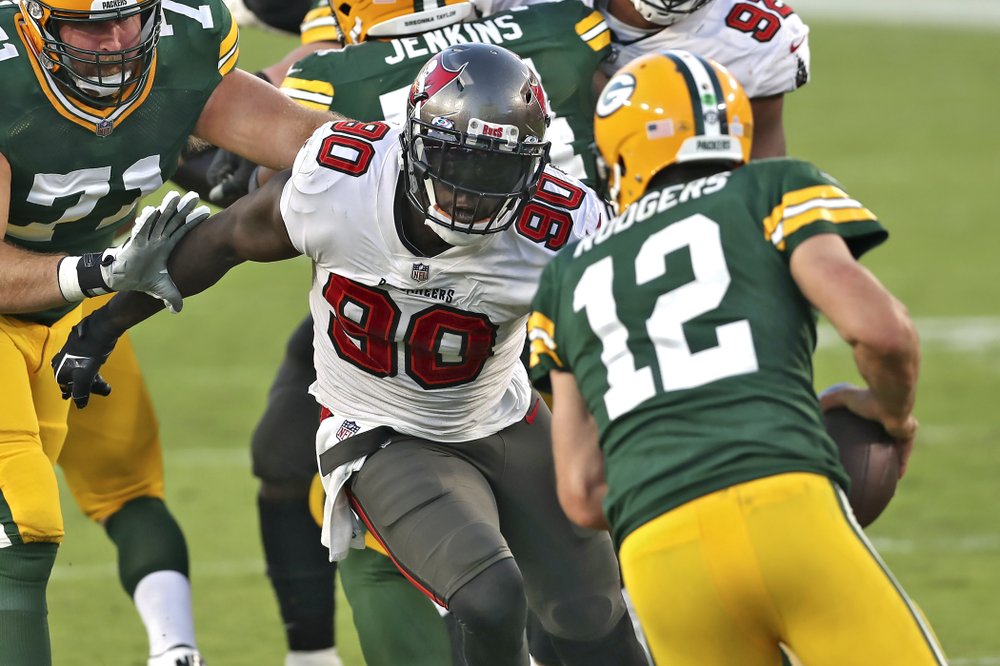 Quarterback Aaron Rodgers and defensive tackle Kenny Clark said it was more like a kick in the butt.

Whatever part of the anatomy they chose to reference, the Packers (4-1) agreed that how they respond to Sunday’s drubbing could set the tone for the rest of the season.

“You’re never quite as good as you think you are and it’s never quite as bad as you think it is,” LaFleur said Monday. “Certainly yesterday was extremely bad. I think — I know — it totally starts with me first. I obviously didn’t get these guys ready to play and I don’t think I did a good enough job as a play caller, either. That’s two problems in one.”

An offense that hadn’t committed a turnover all season had a couple of huge giveaways when Rodgers threw a pair of interceptions — including one pick-6 — that helped turned a 10-0 lead into a 14-10 deficit. The Buccaneers (4-2) went on to score the game’s final 38 points.

Green Bay allowed five sacks Sunday after giving up only three through its first four games. The defense allowed Ronald Jones to rush for 113 yards and never put any pressure on Tom Brady.

“I think it was a lack of execution,” LaFleur said. “I think that definitely carried over from an offensive perspective and really in all three phases. We’ve got to be better. I thought the energy was good last week. It just came down to the execution, and anytime that you’re going up against a really good opponent, you better bring your ‘A’ game. Because if not, they’ll embarrass you, and that’s exactly what happened.”

Now, a team that was playing as well as anyone through the first quarter of the season finds itself a half-game behind the Chicago Bears (5-1) in the NFC North standings.

Not much. Perhaps the only good sign from this trip was that Clark and wide receiver Davante Adams showed they’re healthy again after Adams missed two games with a hamstring injury and Clark sat out three games with a groin injury.

Take your pick. Green Bay must improve its pass protection after allowing Tampa Bay to harass Rodgers repeatedly. The defense recorded no sacks and allowed tight end Rob Gronkowski to have his best game as a Buccaneer. The Packers have just three takeaways this season, tied for the fewest in the league.

JK Scott had attempted only seven punts in Green Bay’s first four games. He matched that total Sunday and averaged 46.4 yards per kick. Of course, the fact that the punter’s the only guy getting mentioned in this category indicates how poorly this game went for the Packers.

Rodgers threw his first two interceptions of the season and completed just 45.7% of his passes. … Aaron Jones scored Green Bay’s lone touchdown but ran for 15 yards on 10 carries. … After recording three sacks in Green Bay’s previous game — a 30-16 victory over Atlanta — Za’Darius Smith had no sacks Sunday.

4 — Sunday’s defeat meant the Packers have lost their past four regular-season games following a bye, including a 37-8 beating by the San Francisco 49ers last year.

The Packers’ offense has an opportunity to bounce back Sunday at Houston. The Texans are allowing 423 yards per game, third worst in the league.

0
0   0
previous Total package: Betts paying off big for Dodgers in every way
next My Top 5 NFL teams after Week 6
Related Posts