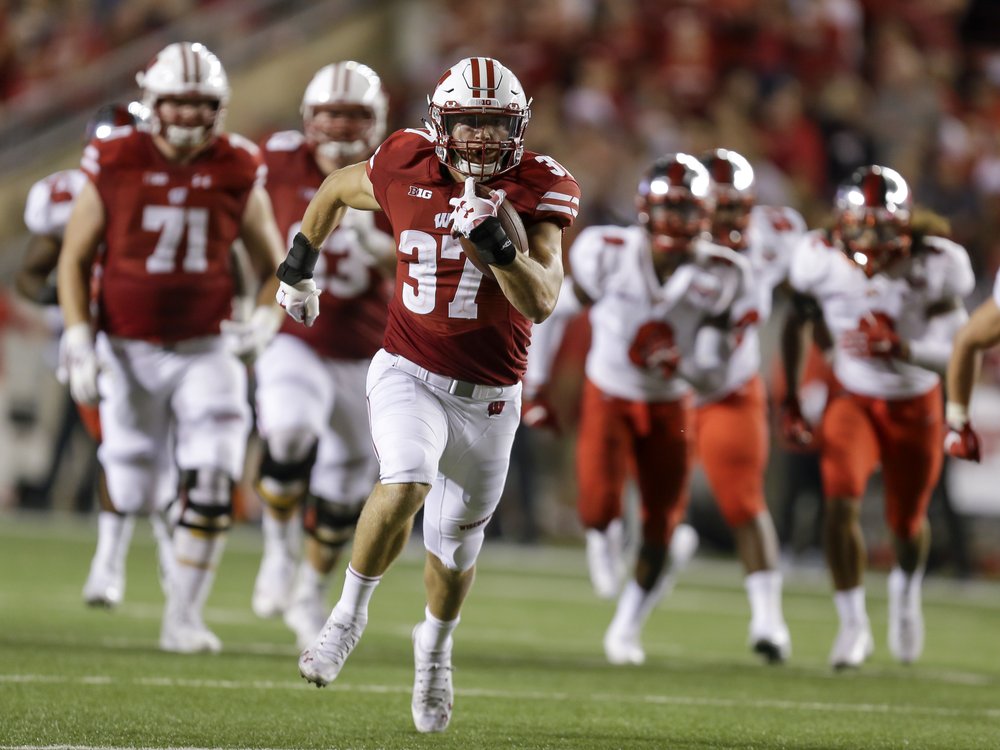 Wisconsin seeks to avenge a 24-23 loss at Illinois from last year in one of the season’s biggest upsets. The Badgers were favored in that game by 30 ½ points. Wisconsin also wants to take the first step toward winning its fourth Big Ten West Division title in the last five years. A second straight upset of Wisconsin would show that Illinois is showing progress under Lovie Smith, who enters his fifth season with a 15-34 record after helping the Illini go 6-7 and earn their first bowl bid since 2014 last year.

Wisconsin RBs Garrett Groshek, Nakia Watson and Isaac Guerendo vs. Illinois run defense: Groshek, Watson and Guerendo figure to get the bulk of the carries early on as the Badgers attempt to replace two-time Doak Walker Award winner and Indianapolis Colts rookie Jonathan Taylor. They’ll be running against an Illinois defense that lost most of its top linemen from last season. Illinois is counting on a big season from defensive tackle and South Carolina State graduate transfer Roderick Perry, who had 14 1/2 tackles for loss last season.

Illinois: QB Brandon Peters: The Michigan transfer is back after throwing for 1,884 yards with 18 touchdowns and eight interceptions in his first season at Illinois. Peters was 9 of 21 for 174 yards with two touchdown passes and no interceptions against Wisconsin last year.

This game won’t have any fans due to the coronavirus pandemic. … Wisconsin had beaten Illinois nine straight times before losing to the Illini last season. … Wisconsin’s defense returns eight players who made at least six starts last season. … Illinois returns four starters on the offensive line. … Wisconsin has won at least 10 games five of the last six seasons. … Illinois is seeking its first winning season since recording consecutive 7-6 finishes in 2010 and 2011.

TOP PHOTO: FILE – In this Aug. 31, 2018, file photo, Wisconsin running back Garrett Groshek (37) heads to the end zone with a 42-yard touchdown against Western Kentucky during the second half of an NCAA college football game in Madison, Wis. Groshek ran for 194 yards on 42 carries and caught 29 passes for 289 yards last season. (AP Photo/Andy Manis, File)