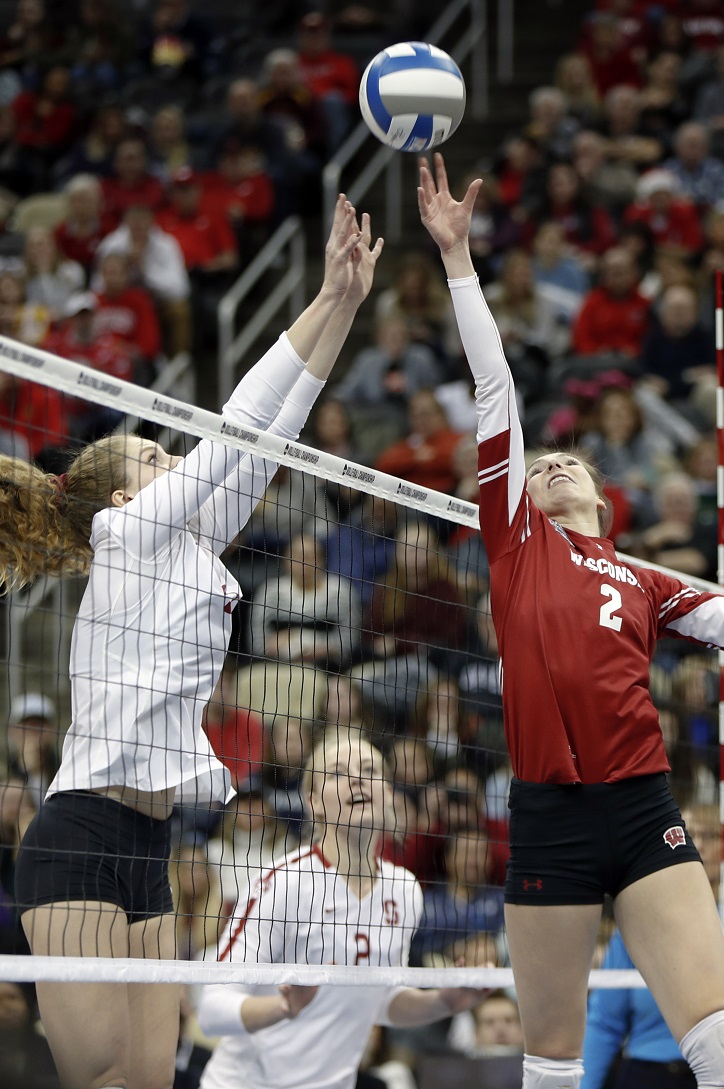 As football opens, Wisconsin’s other fall athletes must wait

As football opens, Wisconsin’s other fall athletes must wait

Wisconsin’s football team is practicing amid a pandemic knowing the start of its season is only a week away. Members of the Badgers’ other fall sports teams have no choice but to be more patient.

The Big Ten football season starts Oct. 23 — nearly two months later than expected — when the 16th-ranked Badgers host Illinois. All the other Wisconsin athletes who’d normally play this fall are waiting for their pandemic-delayed seasons to start in 2021 while they continue practicing and studying under unusual circumstances.

“Soccer’s been my personal escape from everything else, so I can assume that’s the same thing for all the other guys on the team,” said Zach Klancnik, a junior defender. “It’s nice to get back out there, keep competing and do what we love.”

The Big Ten announced Aug. 11 it was postponing its fall sports season. Although it partially reversed itself a month later by announcing it would begin playing football in late October, that didn’t extend to other fall sports.

So while volleyball and soccer teams from other leagues such as the Southeastern Conference, Atlantic Coast Conference and Big 12 are playing games this fall, Wisconsin’s athletes in those sports are playing a waiting game while COVID-19 rates soar across the state.

“Our team has been really strict,” said Sydney Hilley, a senior setter on the volleyball team. “We keep our bubble really small. You’re basically only allowed to be with teammates, family and then if you have a significant other, those are like the only people you’re allowed to be around indoors without a mask on. It’s definitely weird, especially for freshmen who are trying to meet people and get new friends and everything, but we’re really making sacrifices so we can continue to train.”

The statewide statistics are more concerning.

Wisconsin reported a record 3,747 new coronavirus cases across the state on Thursday. Hospitalizations reached a daily high of 1,017 on Wednesday as the state opened a field hospital outside Milwaukee to handle overflow patients.

Those numbers help explain some of the protocols that Wisconsin athletes must follow. For example, volleyball players have been wearing masks while practicing.

Hilley said it was a difficult adjustment initially but she doesn’t really notice it anymore. She said after a long rally or drill, players occasionally will pull their masks down away from everyone else to take a breath.

“They’ve all adapted to it,” volleyball coach Kelly Sheffield said. “There’s no pushback. It’s kind of the price of being able to get into facilities and do things while also staying healthy and keeping everyone else healthy. Everyone understands that. But, my goodness, is everybody looking forward to the day of ripping that off our faces? Most definitely.”

While the non-football fall athletes have an idea of when they’ll be playing, their teams’ schedules haven’t been released yet. NCAA championships are currently slated for mid-March in cross-country, late April in volleyball and May in soccer.

There’s another level of uncertainty as well.

The NCAA has granted athletes in all fall sports an extra year of eligibility if they want to take it. That means the seniors on each of these teams must decide whether they want to come back next year.

Hilley, who majors in genetics and genomics, will graduate in December, but plans to return next year to work toward her master’s degree. Michael Russell, a senior midfielder on the soccer team, has a different choice to make.

Russell initially planned to play soccer this fall before graduating in December. Now he’s practicing with his teammates while deciding whether to play the delayed season or go ahead and get a job once he earns his degree.

The protocols and concerns brought about by the pandemic haven’t changed his attitude.

“I feel safe when I’m within the athletic department,” Russell said. “I think there’s a lot of good procedures in place. Once you kind of leave your bubble here, that’s where I feel most at risk.”