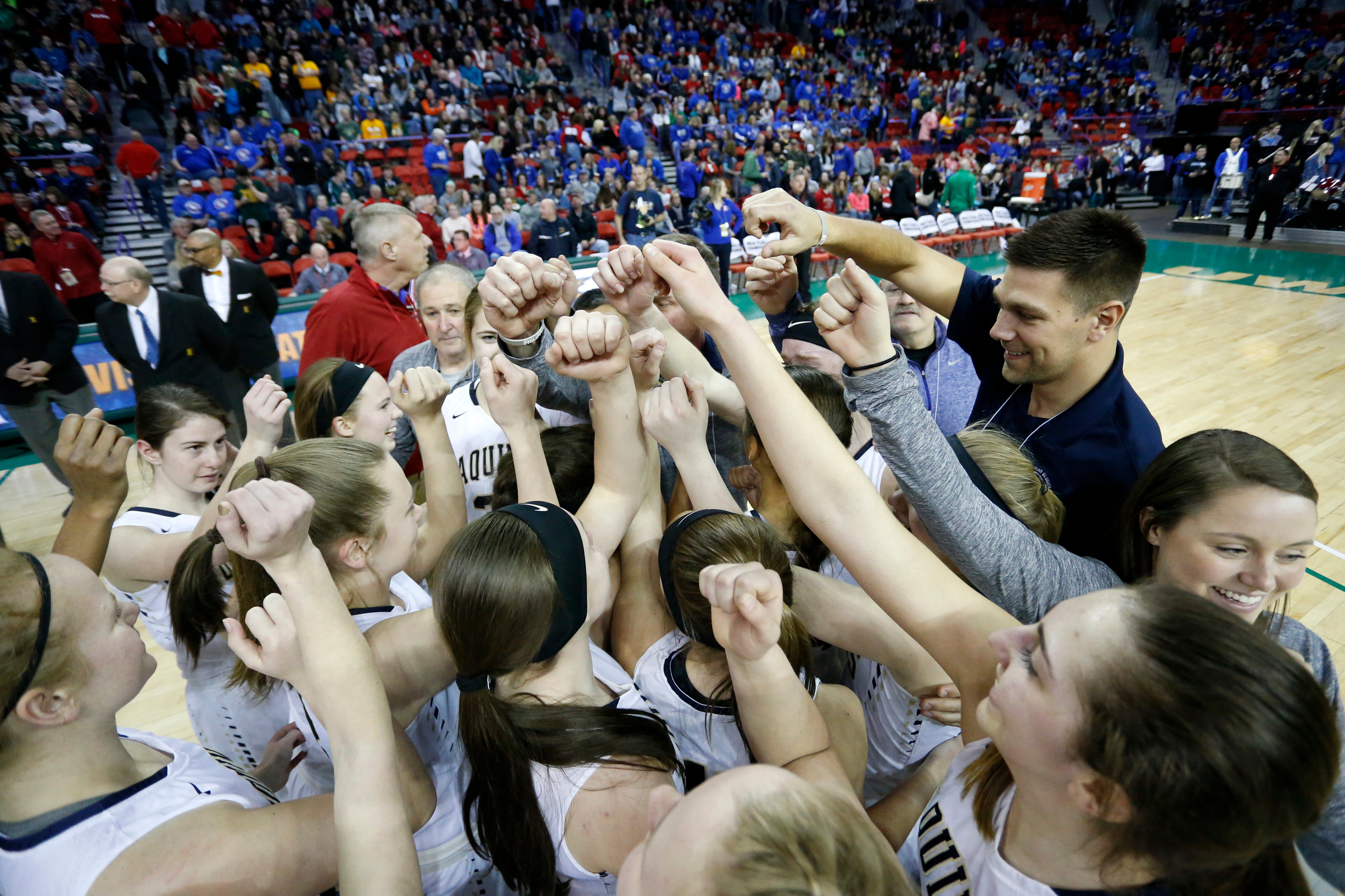 Keep players socially distanced as much as possible was one of many guidelines released by the WIAA on Monday in preparation for winter sports.

The 21-page document provides guidance from practice to games to the crowd. The WIAA also had specific guidelines for basketball, gymnastics, hockey, wrestling and swimming. Each sport had 3-4 pages of advice.

A lot of the guidelines dealt with disinfecting and no sharing of equipment.

There was a bullet point on “Spitting/nose clearing/coughing.” Spitting is prohibited. Cover your mouth when you cough. “Cough” was referenced 18 times in the document.

For hockey, the puck needed to be sanitized. For basketball, the ball needed to be before the game, during timeouts and between quarters. Players also couldn’t use the game ball for warmups.

Side note, players don’t usually use the game ball for warmups.

Officials were advised to stand six feet away from players in-bounding, and should bounce the ball from the baseline to free-throw shooters (the guideline actually called it the “end line”).

Facemasks were “permissible” for players and recommended to be required for coaching staff.

Opponents should be local and for single-day competitions. No handshakes before or after the game.

Wrestlers were encouraged “to provide their own disinfectant wipes (at least 60% alcohol) to disinfect” their hands/arms/legs as needed.

They should also “consider showering after each round and putting on a fresh uniform,” and should not to remove their mouthguards.

Another guideline said wrestlers should “wipe feet on a footbath mat before stepping on the mat.”

Aquinas, Onalaska get No. 1 seeds in WIAA girls hoops playoffs