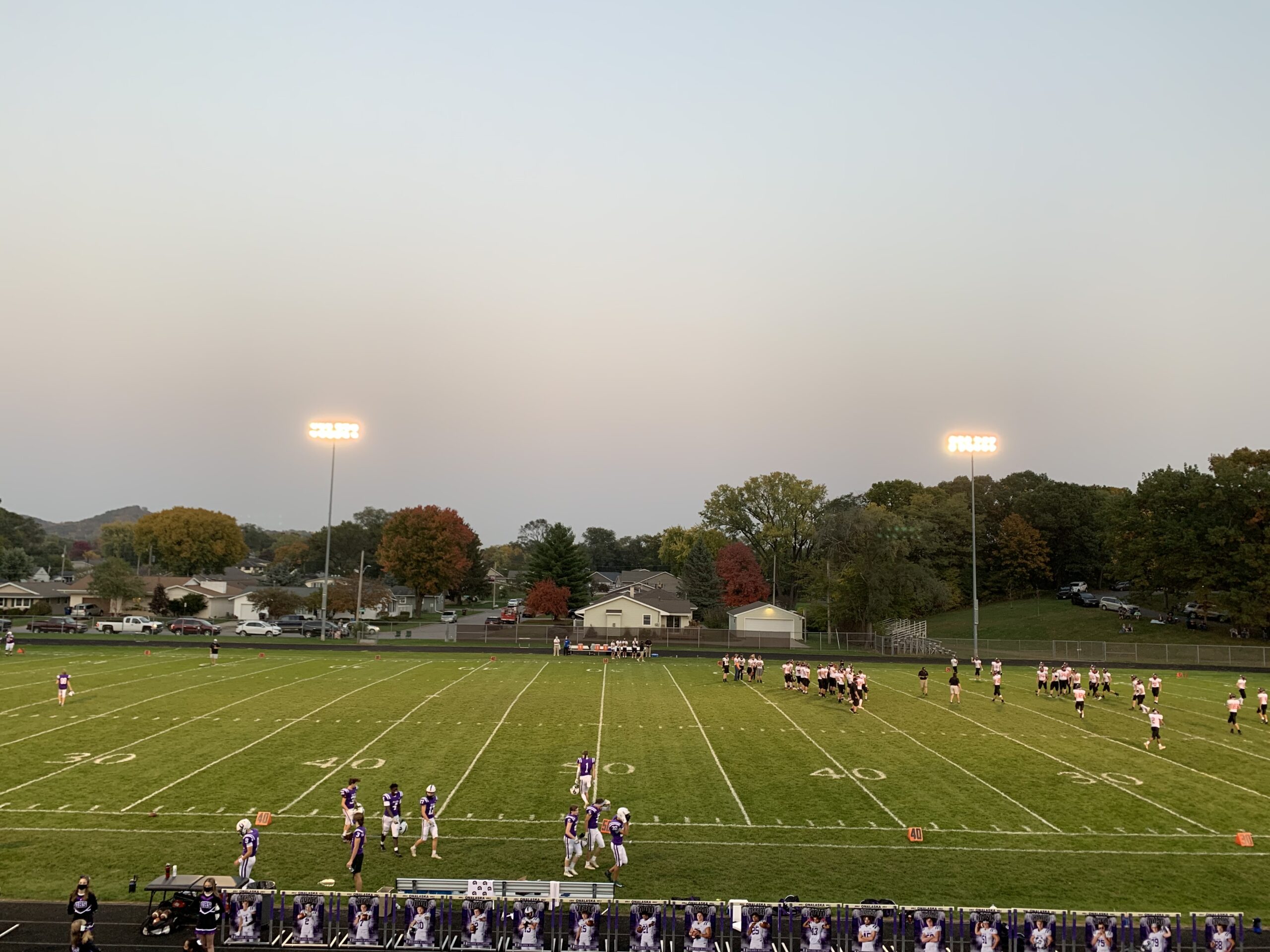 It was the first game for West Salem, and the third game for Onalaska, but these two teams fought like it was a playoff game on Friday night.

Both teams played well on the defensive side of the ball. Aided by mistakes by both teams, it was a low scoring game for most of the night.

West Salem got on the board first after a pass from quarterback Noah LaFleur to wide receiver Jack Hehli set up a touchdown. The snap went over the head of the Panthers’ holder on the extra point and the score remained 6-0 in the 1st quarter.

Onalaska got down to the 1-yard line of West Salem with 5:00 left in the second quarter, but fumbled on 4th and goal and couldn’t score. However, they would score before halftime.

A 22-yard pass from Onalaska quarterback Ayden Larson to wide receiver Landon Peterson got Onalaska on the board with 3:55 left in the first half. They converted the 2-point conversion and led 8-6 at halftime.

West Salem intercepted Larson in the middle of the 3rd quarter, but couldn’t take advantage of the opportunity. Onalaska turned that around and scored on a 64-yard run by Albert Romero with 2:29 left in the 3rd quarter.

Noah Lafleur found Zack Niemeier for a 20-yard touchdown pass to slim the deficit to 15-13 with 4:57 left.

However, Onalaska drained much of the clock on their next possession. LaFleur threw an interception on the final drive for West Salem, and the Hilltoppers took the victory, 15-13, on a warm October night in Onalaska.

You re-watch the video stream brought to you by Firefighters Credit Union below.

0
0   0
previous Onalaska falls to Edgar 12-7
next Sanitize the ball, the puck, and your arms and legs — WIAA releases guidelines for winter sports
Related Posts