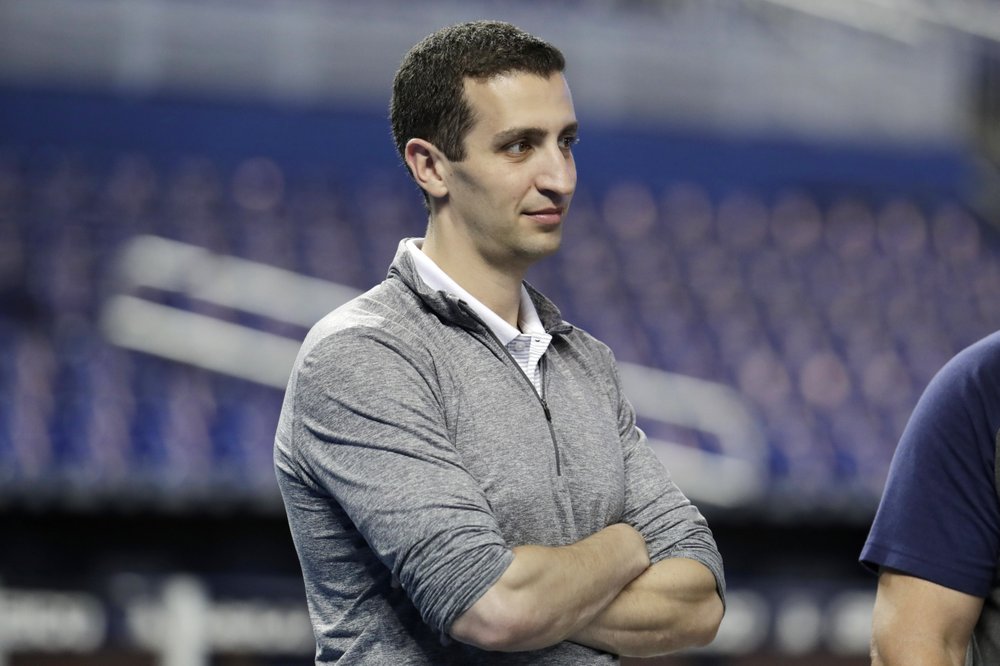 Brewers GM Stearns: Payroll “uncertain” in ’21 due to virus

Brewers GM Stearns: Payroll “uncertain” in ’21 due to virus

The Brewers have upped payroll in recent years to build around Christian Yelich, Josh Hader and other promising young players, including a franchise-most $132,645.682 spent in 2019. The club’s payroll as of Aug. 1 was $40,693,637 for this 60-game season — an equivalent of roughly $110 million over a full season.

Stearns is unsure if the Brewers can maintain the 2020 payroll, which ranked 24th in the majors.

“I think budgets are tighter everywhere right now, for most businesses,” Stearns said Monday. “You know, over the last two years we’ve run the two highest payrolls in the history of this organization. And I think it’s uncertain at this point, as we look forward, whether our payroll next year would be at that same level.”

Cash isn’t the only issue. Stearns said this year’s abbreviated schedule is making it more difficult to evaluate his roster as he tries to make offseason improvements. The uncertainty surrounding next season creates additional challenges.

“Everything about this season, everything about this year has been messy,” Stearns said. “It’s been unusual. It’s been inelegant. So wrestling through all of that and sort of tying a bow on top of it becomes a little bit more challenging than it would over the course of 162 games.

“That’s part of the process that we have to go through as an organization — determining how best to evaluate what was such a unique season, such a different environment and such a competitive landscape.”

Stearns cautioned there’s no guarantee everything’s back to normal next season due to the pandemic.

“We don’t know how packed ballparks can possibly be next year,” Stearns said. “We don’t know what sort of access players may or may not have to their customary video libraries and in-game video access and video rooms. So, many of the same variables that came into play this year in some respects may still be around next year, and we have to recognize that.”

The Brewers capitalized on the expanded 16-team postseason format to reach the playoffs for a third straight year, something they’d never accomplished before in franchise history. But this playoff appearance wasn’t quite the same as the other two.

Milwaukee went 96-67 in 2018, won the NL Central title and was a game away from its first World Series berth since 1982. The Brewers were 89-73 last year and lost in the NL wild-card game. This year, the Brewers were never above .500 all season, finished 29-31 and got swept by the Los Angeles Dodgers in a best-of-three wild-card series.

The Brewers will have to hit better to return to the postseason for a fourth straight year.

Stearns must try to figure out which of those struggling batters will bounce back next year. That means making tough calls on players such as catcher Omar Narvaez, who batted .176 with a .562 OPS this year after hitting 22 homers and posting an .813 OPS for Seattle last year.

The first step to boosting Milwaukee’s lineup is a return to form by 2018 NL MVP Yelich, who hit just .205 this season after winning back-to-back batting titles in 2018 and 2019. His 2019 season had ended early after he fractured a kneecap in early September.

“I think we’re going to look back at this and recognize it was the perfect storm for Yeli,” Stearns said. “I think we’re going to look back at a player who hadn’t played competitive baseball for 10 months, who didn’t then have a normal ramp-up spring training time, who was then competing in an environment that was very different than he’s ever competed in before, whether it’s lack of fans, different travel arrangements, different clubhouse accommodations, different video access. And we’re going to remember that it was a shortened season where he never really had a chance to climb out of what was an early-season slump.”

Even amid all the uncertainty of this offseason, the Brewers say they have the same goals as always.

After getting eliminated by the Dodgers, Brewers manager Craig Counsell, pitcher Brandon Woodruff and Yelich talked about how a standard has been set by reaching the playoffs three straight years.

0
0   0
previous QB Coan injures foot while practicing for No. 16 Wisconsin
next Badgers’ Chryst unsure on how much time QB Coan could miss
Related Posts