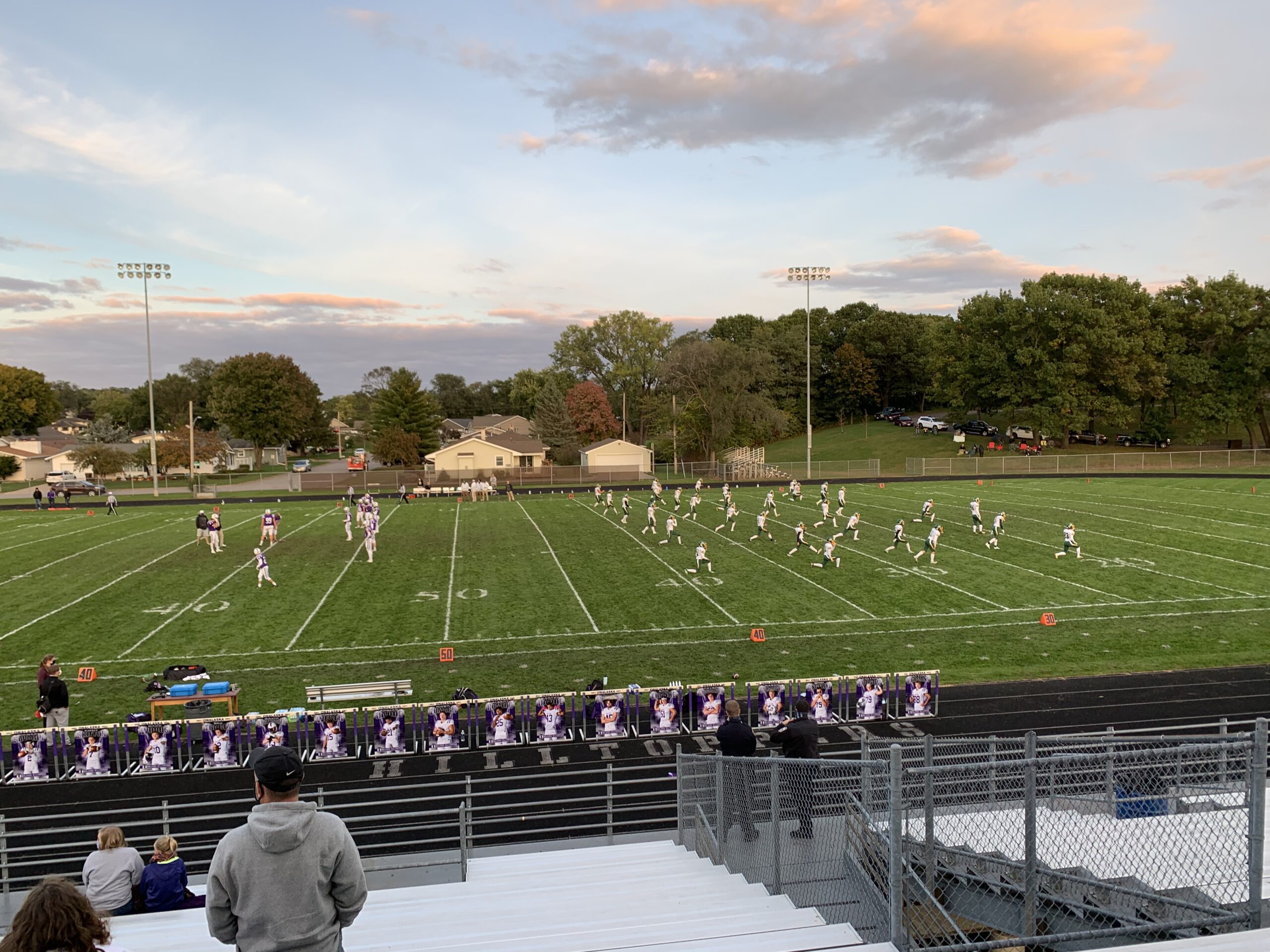 It was two uncommon opponents in an uncommon year, but both teams came to play on Friday night at Onalaska High School.

Edgar’s defense, coupled with a few turnovers by Onalaska, led to a 12-7 Edgar victory.

The first half was all about defense. Edgar (2-0) stopped Onalaska (1-1) on a 4th and goal from the 1 yard line, and both teams traded turnovers on consecutive plays. The score was tied 0-0 at halftime.

After halftime, the defensive dominance continued. A field goal attempt by Edgar was blocked by Onalaska, and that was followed by the second fumble of the night by Onalaska wide receiver, Michael Savarin.

However, in the middle of the 3rd Quarter, the Edgar Wildcats finally got into the end zone. A touchdown run by Kyle Brewster put Edgar on top 6-0. Edgar intercepted Onalaska quarterback, Ayden Larson, late in the 3rd Quarter, and Brewster scored another touchdown early in the 4th Quarter, to give Edgar a 12-0 lead.

Onalaska would continue to struggle on offense before finally going on a 98-yard drive to score on an Albert Romero touchdown run, to pull within 5.

An onside kick by Onalaska was unsuccessful and Edgar ran out the final seconds on the clock to earn a 12-7 victory.

“We need to do the little things right,” said Onalaska Head Coach, Tom Yashinsky. That is what he will look to improve in the coming weeks.

Coach Yashinksy will get back to work on Monday to prepare for West Salem. You can hear that game on WKTY next Friday night with Drew Kelly and Hunter Baumgardt on the call.

Aquinas, Onalaska get No. 1 seeds in WIAA girls hoops playoffs