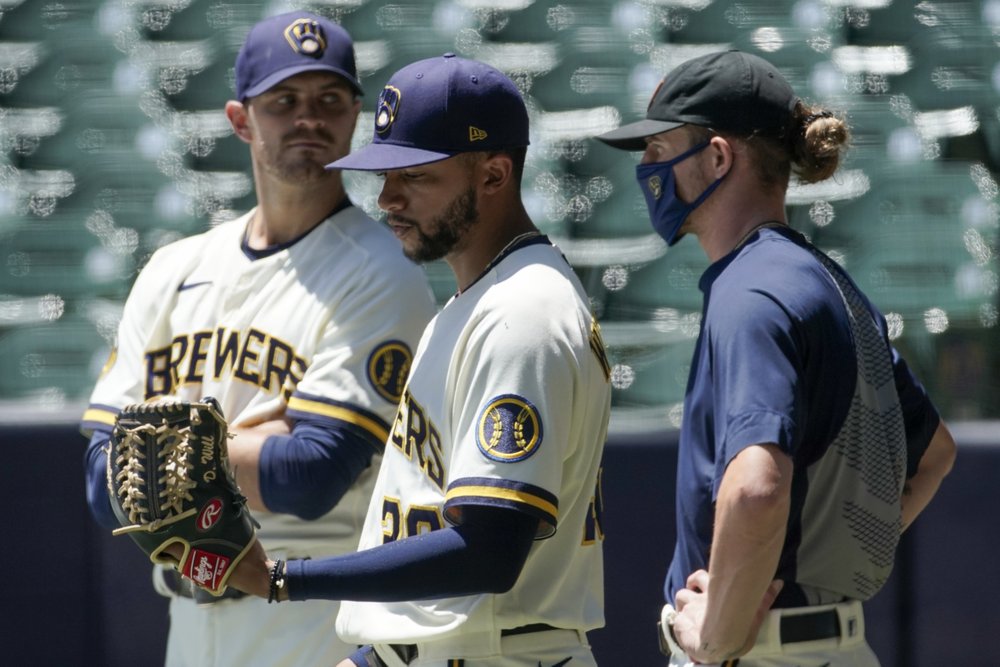 Just days after losing their best starter to injury, the Brewers have now lost their best reliever as well.  Devin Williams, who posted an ERA of .33 through 27 innings in the regular season, was one of the best relievers in baseball in 2020.

The Brewers say William’s shoulder injury is not severe, but bad enough to sideline him for the 3 game set against Los Angeles.

Huge blow for the Milwaukee Brewers: Rookie right-hander Devin Williams, the best reliever in baseball this year, has been left off the roster for their wild card series against the top-seeded Los Angeles Dodgers, sources tell ESPN. He's dealing with an arm issue, sources said.

0
0   0
previous Brewers turn to Suter in Game 1 against Dodgers tonight
next Column: Time for NFL players, coaches to mask up or go home
Related Posts