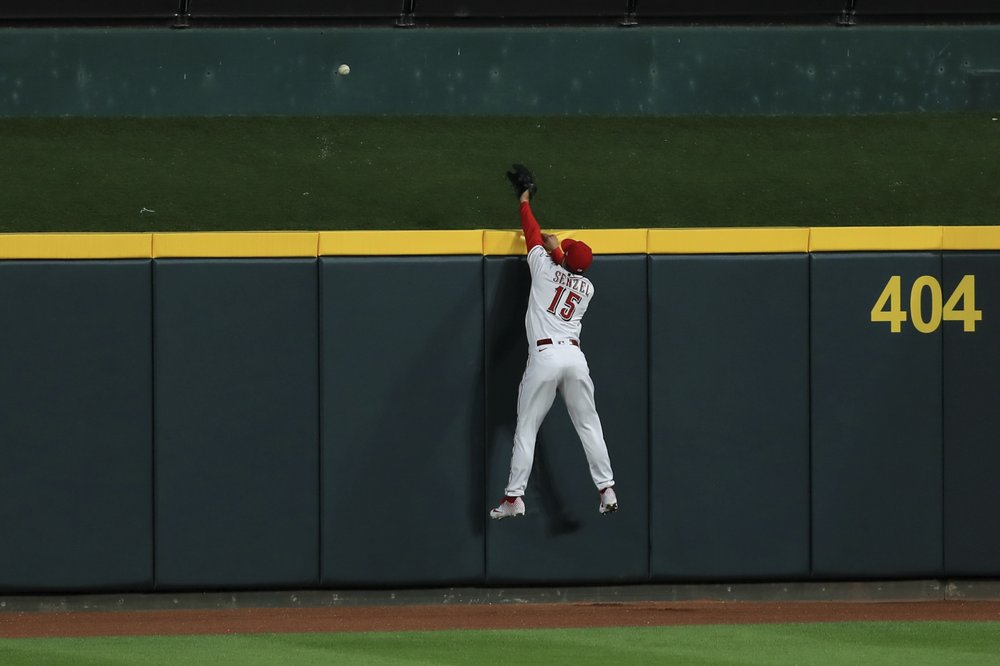 CINCINNATI (AP) — Facing a loss that could have deeply dented their playoff chances, the Milwaukee Brewers pulled one out behind an infielder who hasn’t been able to crack the starting lineup lately.

Eric Sogard doubled home the go-ahead run in the seventh inning, and Milwaukee rallied Tuesday night for a 3-2 victory over the surging Cincinnati Reds that bolstered the Brewers’ sagging playoff hopes.

The Brewers have reached the playoffs each of the last two seasons with September surges. They’ve won four of five and are back to .500 (27-27) for the eighth time this season. They’ve yet to have a winning record.

Thanks to their late rally, they’ll get another chance.

Cincinnati (28-28) wasted a chance to solidify its playoff standing and move two games over .500 for the first time in three years. The Reds opened the game in position for one of the NL’s wild card spots with the Brewers a game behind.

Tyrone Taylor had a solo shot off Sonny Gray, who went five innings in a solid return from a hip injury. Gray threw 80 pitches, allowed only two hits and fanned eight.

“It was nice to be out there and have that feeling again,” Gray said. “I feel good personally again moving forward. I wish we could have come out on top in this game.”

Milwaukee rallied against Tejay Antone (0-3), who gave up Daniel Vogelbach’s single and Jedd Gyorko’s double to open the seventh.

Orlando Arcia tied it with a sacifice fly to deep center, and Sogard doubled down the line in left field for a 3-2 lead, getting the Brewers’ dugout celebrating.

Anderson (4-3) allowed four hits in six innings, including Nick Castellanos’ two-run homer. With his slider as good as it’s been all season, he fanned seven.

Devin Williams struck out five in two innings, escaping a threat in the eighth. Josh Hader retired the side in order in the ninth for his 11th save in 13 chances, emerging from his recent slump.

Williams fanned Joey Votto, Eugenio Suárez and Mike Moustakas in the eighth inning, leaving him with 52 strikeouts in 25 innings this season.

Even though fans aren’t allowed, the Reds have had their own cheering section as the grounds crew uses noisemakers supplied by Votto. Anderson noticed their noise.

“I’m not a rah-rah guy but I’m going to cheer my teammates on (Wednesday),” Anderson said. “Going to try to rival the grounds crew for the Reds.”

Reds: RH Nate Jones was designated for assignment to open a roster spot for Gray, who was activated off the 10-day injured list.

Reds: Trevor Bauer (4-4) starts on three days’ rest. He gave up two runs in seven innings of a 5-0 loss to the White Sox on Saturday.

TOP PHOTO: Cincinnati Reds’ Nick Senzel leaps at the wall and is unable to catch the ball hit by Milwaukee Brewers’ Tyrone Taylor for a solo home run in the fifth inning during a baseball game in Cincinnati, Tuesday, Sept. 22, 2020. (AP Photo/Aaron Doster)

0
0   0
previous Indianapolis gets back on track with defense, running game
next Silver to CNN: A later NBA season may disrupt Olympic plans
Related Posts