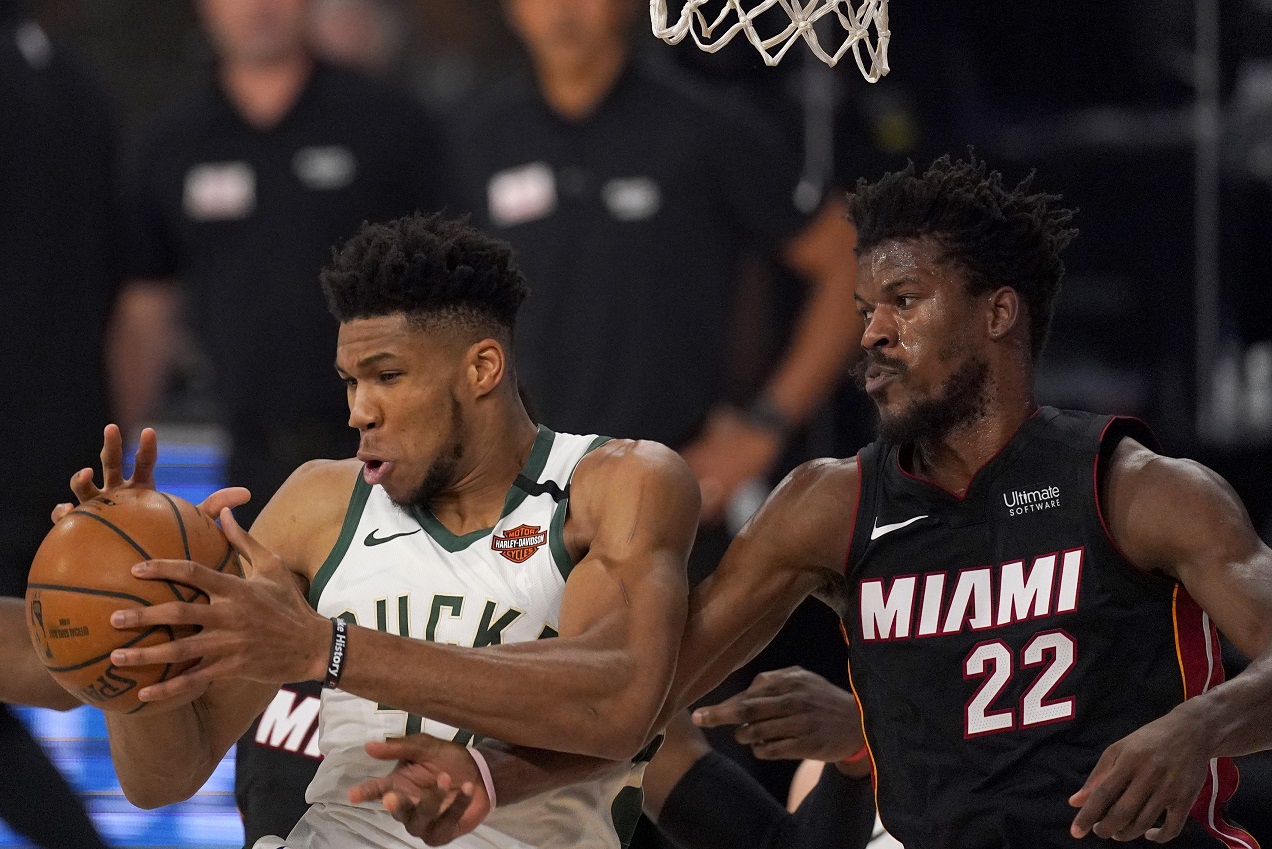 And both went to new homes in the summer of 2019, looking for something better. Here they are: For the first time, Walker and Butler are headed to the Eastern Conference finals.

Walker and the third-seeded Boston Celtics take on Butler and the fifth-seeded Miami Heat on Tuesday night in Game 1 of the East title series. Miami is looking for its first East championship since 2014, Boston its first since 2010.

The Celtics could say the same, of course.

They went 2-1 against Miami in the regular season, swept Philadelphia in the first round and then needed seven games to oust reigning champion Toronto in the East semifinals. Walker has faced Miami in the playoffs before, losing in seven games in 2016 when he was in Charlotte, and said he has a respect for Heat coach Erik Spoelstra and the franchise.

“We’ve just got to be locked in,” Walker said. “We’ve got to do it all for a very long time, especially defensively. Those guys have so many different ways they can score the basketball. We’re going to have to be really locked into their shooters, really locked into Jimmy, obviously Bam (Adebayo), who’s just a different kind of big who can do pretty much everything. So, we’re versatile, but so are they. We’re just going to have to figure ways out to get stops consistently.”

Here’s some of what to know going into the Eastern Conference finals:

Heat President Pat Riley played against the Celtics only once in the playoffs — and that was in the last playoff appearance of his career. That was just the start of the Riley vs. Celtics rivalry, however. He faced them three times as coach of the Los Angeles Lakers in the NBA Finals (going 2-1), and the Heat have played Boston in the postseason three times during Riley’s stint as Miami’s top executive (going 2-1). Riley and Celtics President Danny Ainge have had a less-than-friendly history as well, which only adds to the spice of this series.

The Celtics have seven players who have been on teams that reached the conference finals before, with Jaylen Brown and Marcus Smart’s 12 games in this round before leading the way. Miami also has seven players who have been part of conference-final teams, with Udonis Haslem’s 38 appearances and Andre Iguodala’s 22 leading their list. All told, players from the current Heat roster has appeared in 80 conference-final games, the current list of Celtics in 47.

Among current NBA franchises, only the Los Angeles Lakers have a better record in playoff series than the Celtics and Heat. The Lakers have won 71% of their series all-time, the Celtics 68% and the Heat 61%.

All three games of their regular-season series were the second night of back-to-backs for the Heat. None of them were back-to-backs for Boston, which had two days off before one of the games and a single off day for the other two contests. And obviously, there are no back-to-backs in the playoffs.