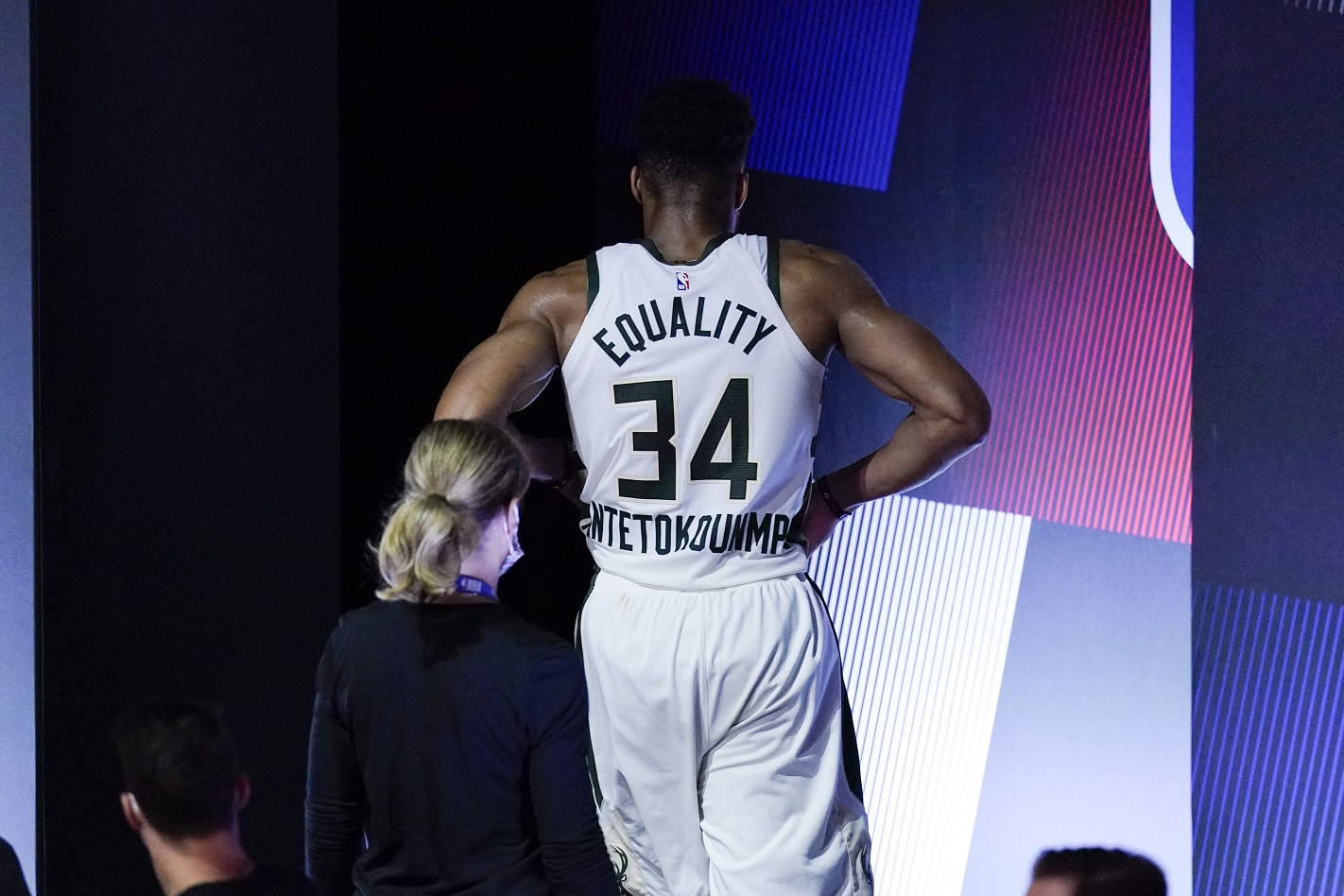 Should the Bucks even risk playing Antetokounmpo?

Should the Bucks even risk playing Antetokounmpo?

It’ll likely be a game-time decision Tuesday, whether reigning MVP Giannis Antetokounmpo will suit up and help keep the Milwaukee Bucks’ season alive.

The worry for the Bucks, at this point, may not be so much if the team can pull off somewhat of a miracle and come back against the Miami Heat, down 3-1.

Antetokounmpo will want to play. We all know that. The worry is, should he play?

One only has to look back to last season in Kevin Durant coming back early from a calf injury, only to rupture his Achilles. That forced him to sit out all of this season.

The injury was so bad, it forced Durant to leave a dynasty in Golden State, to team up with Kyrie Irving of all people and do so on the Brooklyn Nets of all teams

Plus, he has yet to play a game.

Antetokounmpo has one year left on his contract with Milwaukee, and rumors are already flying that he could be leaving town — perhaps even to Miami.

The 25-year-old forward had a ridiculous 19 points in 11 minutes Sunday, before tweaking an already sprained ankle in the second quarter.

Khris Middleton picked up the slack, dropping 36 points on 12-of-28 shooting, including 3 of 7 from deep and 9-for-9 from the line. Middleton added eight assists and eight rebounds, as the Bucks won 118-115 in overtime.

Of course, as Miami would have it, it wasn’t a Bucks team that stepped up in the absents of Antetokounmpo, it was a Heat team that let up.

“Well, it shouldn’t affect ours, but I think that we relaxed a little bit,” Miami forward Jimmy Butler said. “And we stopped playing basketball the right way. We stopped guarding. We stopped living by our defensive principles. We weren’t getting 50-50 balls. We were getting outrebounded. It was just all bad.”

Others might argue Miami got Hercules-like efforts from one very unlikely candidate in Jae Crowder, going 6-for-12 from beyond the arc, along with Bam Adebayo’s 26 points, going 10-for-13 from the field.

Crowder is a career 34-percent shooter from beyond the arc. That’s also his average this season. Adebayo has scored 26 or more points four other times this season.

0
0   0
previous Under normal times, Game 5 of Bucks-Heat would be in Milwaukee, and Giannis would have an extra day to heal
next Watson’s week includes huge deal, book and date with Chiefs
Related Posts