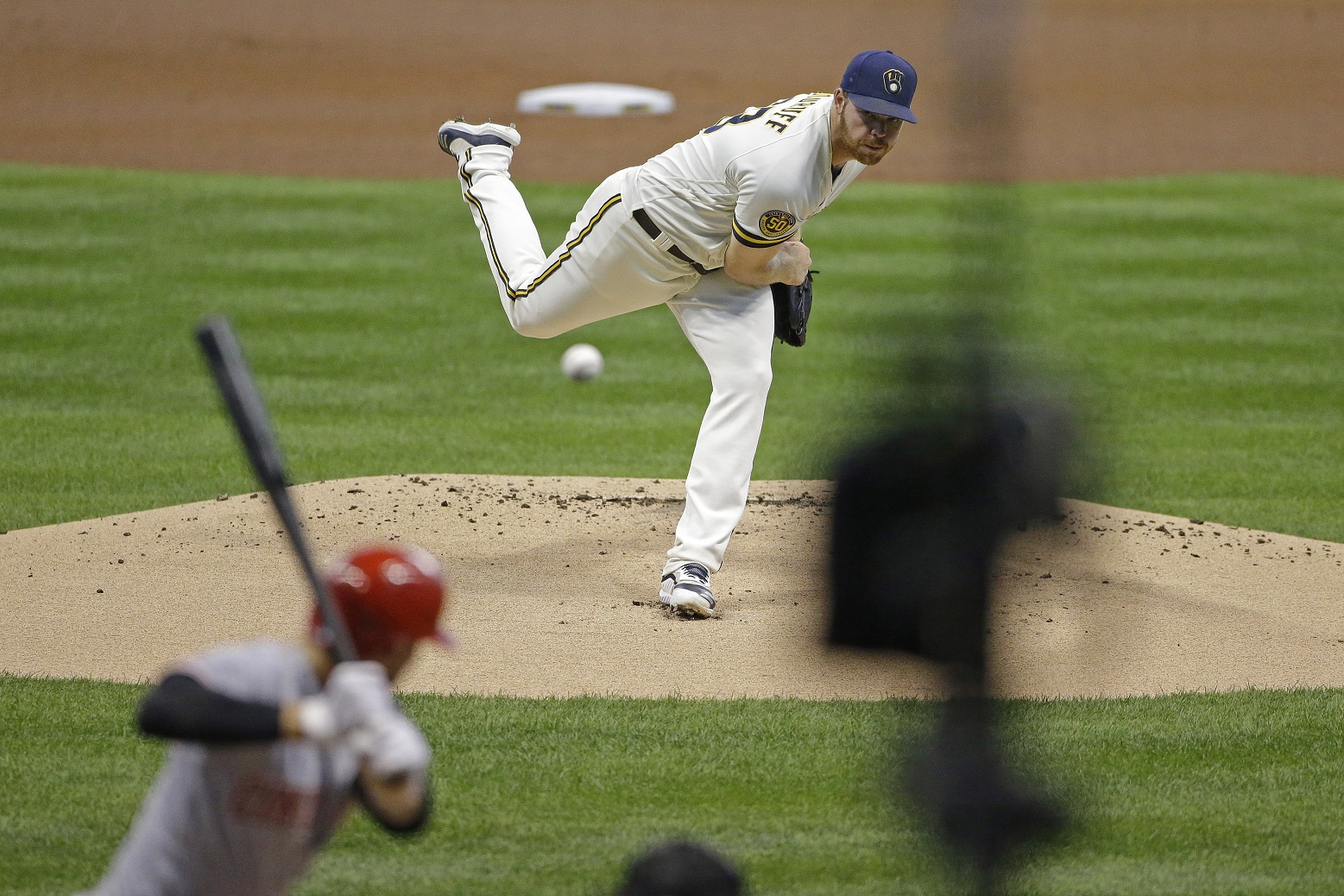 MILWAUKEE (AP) — Brandon Woodruff pitched six strong innings, Orlando Arcia snapped a 2-for-21 stretch with a go-ahead base hit in the fourth inning, and the Milwaukee Brewers beat the Cincinnati Reds 3-2 on Tuesday night.

Woodruff (2-2) allowed two runs on four hits and struck out eight and walked one. The victory was a nice bounce back for the Brewers’ opening-day starter after a 7-1 loss at Minnesota in his previous start. He worked out of a bases-loaded, nobody out jam in the fifth. Ben Gamel helped him out with a perfect throw from right to force out Freddy Galvis at home.

“I just knew it was a tough read for Galvis,” Gamel said. “It was kind of in between, could have gone either way. Fortuntely, we got a good hop.”

Home plate umpire Shane Livensparger originally called Galvis safe but reversed himself after a mild protest from Brewers manager Craig Counsell and called him out.

“He forget it was a force out,” Reds manager David Bell said. “My angle was that the catcher didn’t have his foot on the plate.”

Unfortunately for the Reds, catcher Omar Narváez had his toe on the corner of the plate.

“I was a little confused because the throw clearly beat him,” Gamel said.

Counsell thought the force out to save the inning was a soloid play.

“There’s nothing lucky about it,” he said.

Brent Suter came on to start the seventh and struck out the side. Devin Williams retired the side in order in the eighth. Josh Hader handled the ninth for his seventh save that gave the Brewers consecutive wins for the first time this season.

“Anytime that we’ve got the lead and we can get into that 6th, 7th inning or beyond, I think we’re in a good spot,” Woodruff said. “That’s kind of how our team’s been built over the last few years.”

Milwaukee answered with three runs off Luis Castillo (0-4) in their half of the fourth after the Reds grabbed a two-run lead on Mike Moustakas’ base hit in the top of the inning.

Christian Yelich scored on a fielder’s choice and throwing error by first baseman Joey Votto. Gamel doubled home Keston Hiura before Arcia’s clutch base hit. Gamel was thrown out at the plate on a perfect throw from right fielder Nick Castellanos to keep it close.

Castillo pitched much better than his previous start, his shortest of the season. He allowed four run in 3 1/3 innings in a 4-0 loss to Kansas City last Tuesday. Against the Brewers, he allowed three runs — two earned — on five hits over six innings. He struck out nine and walked four.

Votto and manager David Bell were both ejected by home plate umpire Shane Livensparger after the Reds batted in the top of the eighth.

Cincinnati lost their fourth straight and fell to 2-6 on the 10-game road trip.