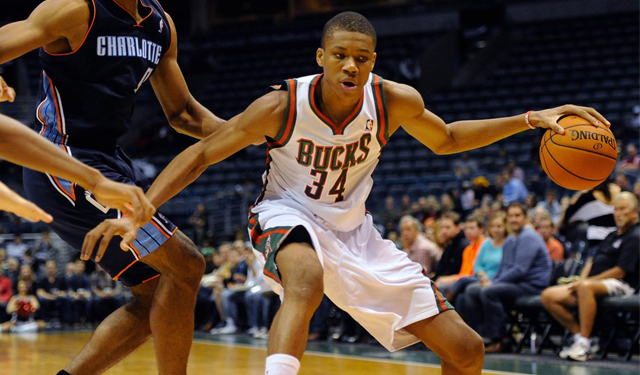 The biggest steal in NBA history?

The biggest steal in NBA history?

In the NBA, a draft-day steal is rare. It’s not like football, where you find a sixth-round Tom Brady. In the NBA, you get it right generally within the Top 10 picks. That’s what makes the Milwaukee bucks drafting of Giannis Antetokounmpo one of the greatest steals in NBA history.

The now 25-year-old was a relative unknown coming from Greece to the NBA in 2013 and with the 15th pick of the NBA draft. The Milwaukee Bucks got who would become a two-time NBA MVP this season — and most likely lead Milwaukee to its first championship since 1971.

If you thought that Roger Goodell was the only one that got booed on draft day you’d be wrong, as this Classic Sports Moment shows David Stern getting booed as he announced the selection of “The Greek Freak”.

0
0   0
previous Analysis: Early returns say so far, so good for NBA bubble
next In the NBA bubble, the race for No. 8 out West is quite wild
Related Posts