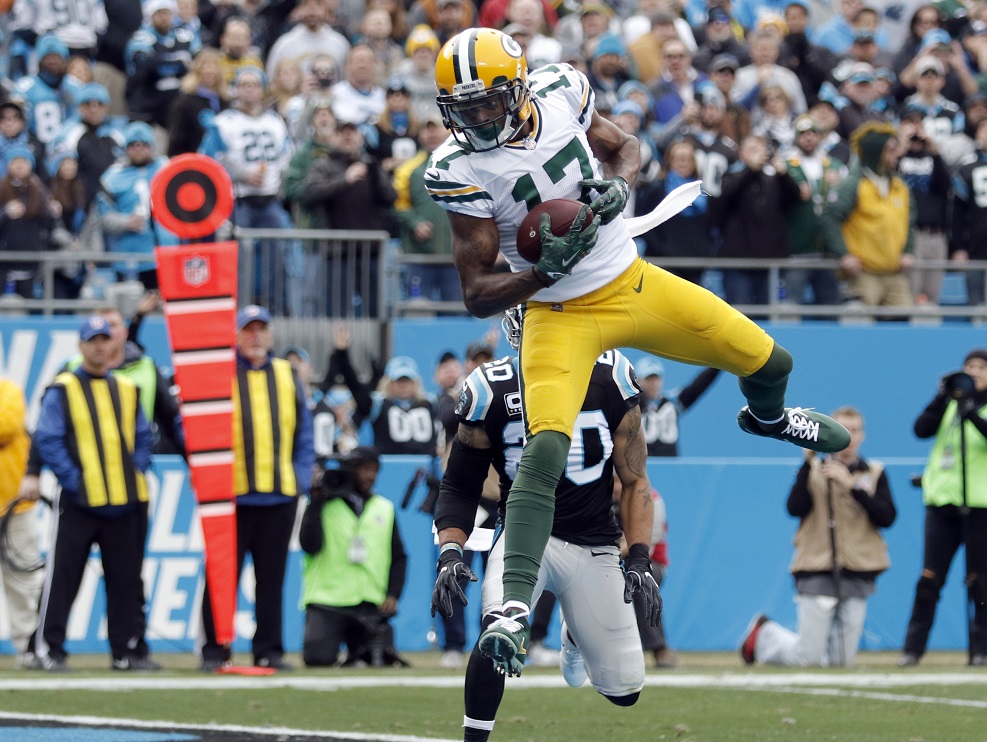 Green Bay general manager Brian Gutekunst says Devin Funchess’ decision to opt out for this season isn’t necessarily causing the Packers to get more aggressive in seeking help at the wide receiver position.

Funchess announced Tuesday he isn’t playing this season for the safety of himself and his family while noting that some of his closest relatives “have experienced the life-threatening impact of COVID-19 first hand.”

The 26-year-old was the only major offseason addition to Green Bay’s receiving group.

“I wouldn’t say we’re any more active than we ever have been in looking for help at any position,” Gutekunst said Sunday in a Zoom session with reporters.

“Obviously it’s a little bit different year because there’s not going to be any preseason games to evaluate, so I think we’re going to have to heavily rely on a lot of other ways to evaluate players on other teams and players who are available through the waiver wire and other means.”

Davante Adams was the only Packer to catch as many as 50 passes or accumulate as many as 500 yards receiving last season. The Packers looked to give him some help when they signed Funchess, who caught at least four touchdowns for Carolina in each of his first four NFL seasons before a broken collarbone caused him to play just one game with Indianapolis last year.

Funchess’ decision means the Packers will have to rely on continued development from younger receivers.

“Obviously we support Devin,” Gutekunst said. “All of our players are going through some really tough situations, tough choices they have to make with their families. I really appreciate kind of how he handled that situation with us.

But it’s really no different than any other year (when) you lose players for different reasons — injuries and such. It’s just kind of a daily evaluation of where your team’s at and trying to improve it.”

Packers coach Matt LaFleur expressed confidence that the Packers’ returning wideouts would benefit from their experience adjusting to this offense last season, when this staff had just arrived in Green Bay.

“What’s so great is these guys have a year under their belt in our scheme and they’ve had a really productive offseason,” LaFleur said. “Although they haven’t been in the building, I feel like the meetings have gone very, very well.”

The Packers will need Allen Lazard to build on the momentum he established last season, when the former undrafted free agent from Iowa State caught 35 passes for 477 yards and three touchdowns. Green Bay also returns Marquez Valdes-Scantling, a 2018 fifth-round pick from South Florida who had 26 catches for 452 yards and two touchdowns.

LaFleur specifically mentioned the potential impact of Equanimeous St. Brown’s return from an ankle injury that sidelined him all of last season. The 2018 sixth-round selection from Notre Dame had 21 catches for 328 yards his rookie year.

“It’s going to be great to get EQ back in the fold,” LaFleur said. “That certainly hurt us last year. So we do have a lot of confidence in our receiving corps and they’re going to have to take that next step for us to be as productive as we’d like to be this coming fall.”

Tight end Jace Sternberger was placed on the COVID-19 reserve list Thursday, but the Packers believe he could emerge as a favorite option for two-time MVP quarterback Aaron Rodgers. The 2019 third-round pick from Texas A&M missed the first half of his rookie year with an ankle injury and had no regular-season receptions but caught a touchdown pass in the NFC championship game loss to the San Francisco 49ers.

“We’re depending on Jace to be a big part of what we’re going to do this season,” Gutekunst said.

The Packers didn’t select any receivers in a draft that was generally considered to be loaded at that position. Gutekunst said immediately after the draft that he believed the list of available receivers was strong at the top but not necessarily as deep as advertised.

When 13 receivers already had been taken by the time the Packers made their second-round pick, they decided to fortify other positions instead.

Rather than using their first-round pick on a receiver, the Packers traded up to take Utah State quarterback Jordan Love.