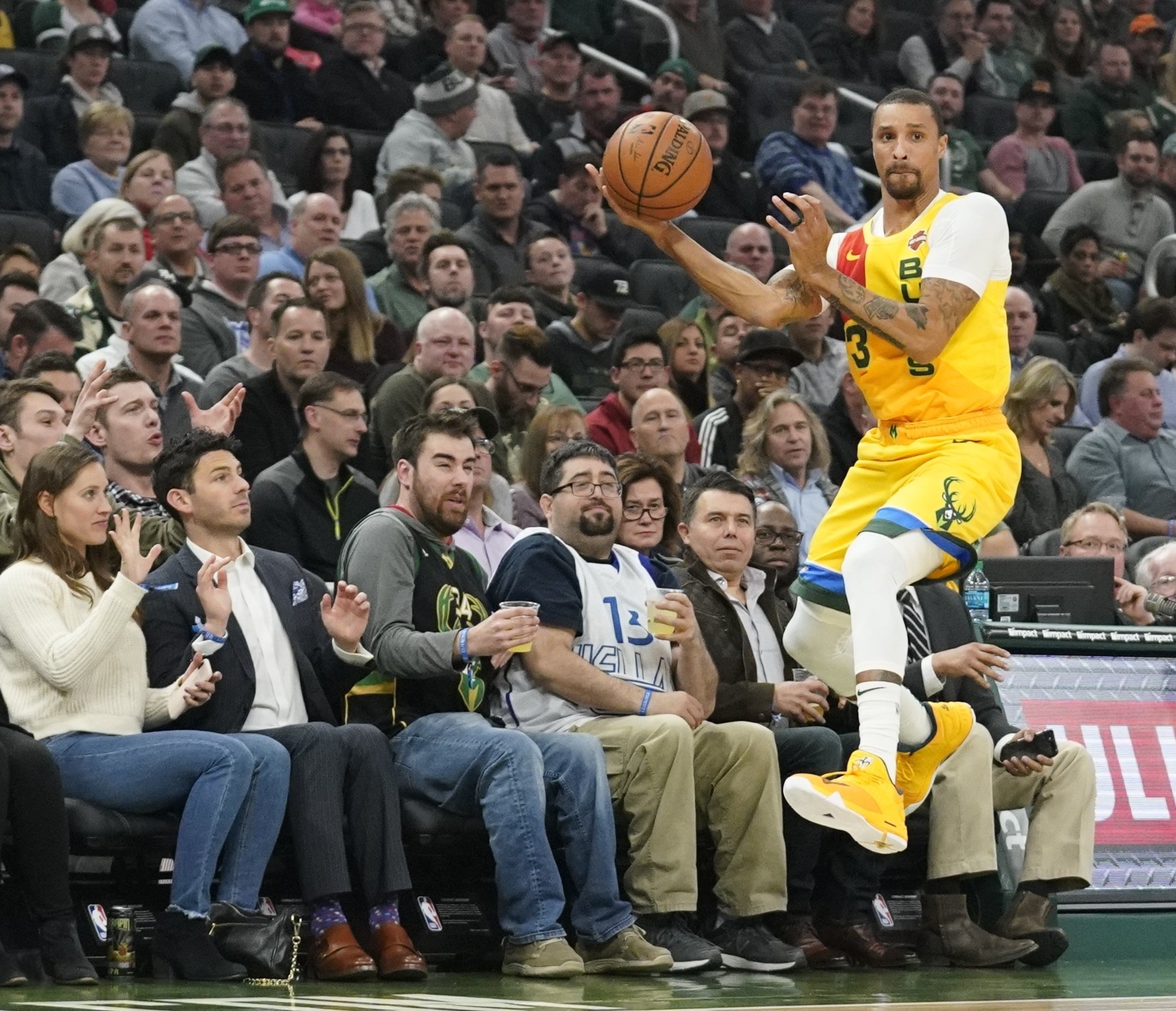 Depth could be even more critical in teams’ NBA title chase

Depth could be even more critical in teams’ NBA title chase

NBA teams recognize that bench strength will likely be more of a factor than usual during this pandemic-delayed title chase in which a positive coronavirus test could sideline an elite player at any moment.

“Depth is going to be at a premium for everyone,” New Orleans Pelicans general manager David Griffin said.

The good news for teams is that league officials said last week that 346 players had been tested on the NBA campus since the last coronavirus results were announced July 13, with no positives. But the reality they also recognize is how a positive test could impact a team’s roster.

Notable players to test positive for the coronavirus before teams left for Disney’s Wide World of Sports include Houston’s Russell Westbrook, Sacramento’s Harrison Barnes and Milwaukee’s Eric Bledsoe, though all of them have since cleared protocols to return to Florida. Washington’s Bradley Beal heads the list of players who have opted out of participating in the restart.

The Brooklyn Nets won’t have Wilson Chandler, Spencer Dinwiddie, DeAndre Jordan and Taurean Prince for the restart and already were without injured stars Kevin Durant and Kyrie Irving.

And that doesn’t even account for basketball-related setbacks such as the foot injury Sacramento Kings forward Marvin Bagley sustained in practice to knock him out of the restart.

Because of the 4 ½-month break between regular-season games, teams are likely to give their starters limited minutes, particularly in the early going.

The increased risk of losing players for an extended period at any time also will require teams to prepare backup plans.

“If you’ve been in the league a long time, you’ve had to deal with one injury, two injuries, three injuries, and the timing of it can be not the best,” Milwaukee Bucks coach Mike Budenholzer said. “You have to find a way to continue to persevere ad work and get better and find ways to advance if it’s the playoffs. We’re in a bubble. It’s unique. It’s different. But there are things that all of us have had to deal with if you’ve been in long playoff runs for a long time.”

Here’s a look at some players who might not be on fans’ radars but could play bigger roles during the restart:

Brown already was averaging 24.9 minutes before the hiatus, but he could turn into even more of a featured performer during the restart with the Wizards missing Beal and Davis Bertans. The 6-foot-6 forward from Oregon has 9.7 points, 5.3 rebounds and 2.3 assists per game.

Notes: Caruso was averaging 5.4 points, 1.9 rebounds and 1.8 assists in 17.8 minutes wen the hiatus began. With Avery Bradley opting out of the restart and Rajon Rondo breaking his thumb in practice this month, the 6-foot-5 Caruso should have a greater role in the Lakers’ bench during the restart. The Lakers announced July 13 that Rondo would miss six to eight weeks.

The rookie from Arizona State has thrived this season with 6.2 points and 1.9 rebounds per game. Oklahoma City has a 16-5 record in games that Dort has started. Although the potential return of Andre Roberson from a ruptured patellar tendon that has kept him out 2 ½ years could complicate Dort’s situation, Dennis Schroder expects to leave the bubble temporarily at some point with his wife due to give birth. Dort figures to get more minutes in Schroder’s absence.

Hill was shooting 48% from 3-point range – well above his career average of 38.5% and light years better than his 2018-19 average of 28% – before the stoppage in play. The 34-year-old guard as well as teammate Donte DiVincenzo could be even bigger factors in the early part of the restart since Bucks teammates Eric Bledsoe and Pat Connaughton have tested positive for coronavirus, though both are now in Florida.

Although he just signed with the Nets a month ago, Johnson could have a featured role because of all the players his new team is missing. The 6-foot-4 guard had played in 31 games for Phoenix this season and averaged 5.7 points, 1.7 rebounds and 1.6 assists in 16.6 minutes before getting waived in February. He posted double-figure scoring averages three straight seasons from 2016-17 to 2018-19.

Trent showed flashes of his potential in the month prior to the pandemic, as he scored 22 against Miami on Feb. 9, 20 against Indiana on Feb. 27 and 24 against Orlando on March 2. The 6-5 guard has averaged 7.7 points and 20 minutes but likely will get more playing time now that teammate Trevor Ariza has opted out of the restart.

TOP PHOTO: FILE – Milwaukee Bucks’ George Hill saves a ball during the first half of an NBA basketball game against the Cleveland Cavaliers Monday, Dec. 10, 2018, in Milwaukee. (AP Photo/Morry Gash)