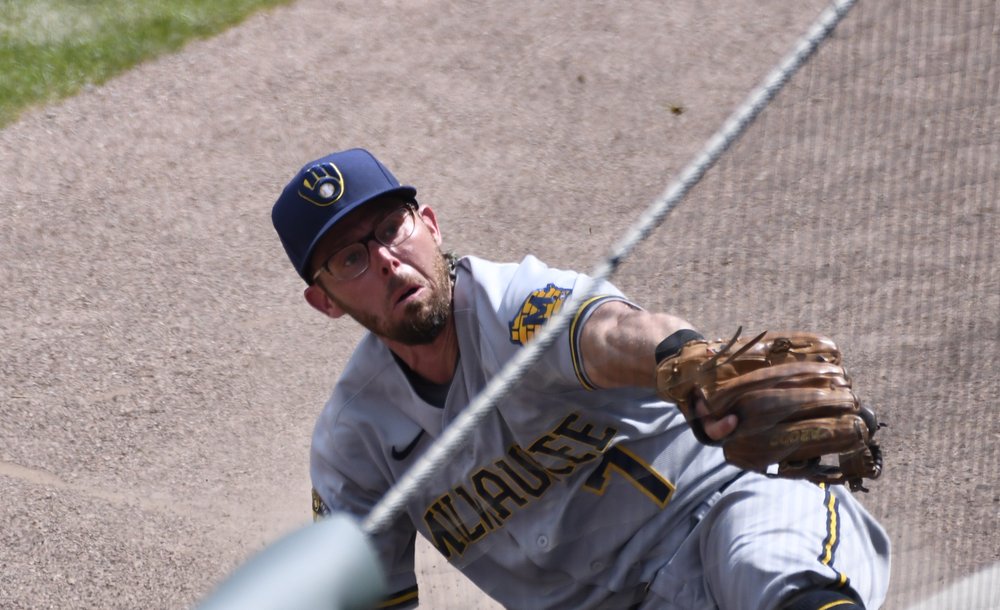 CHICAGO (AP) — Tyler Chatwood turned in the sort of performance the Chicago Cubs thought he would deliver on a regular basis. The right-hander, who struggled with his control for much of his first two two seasons with the team, sure was locked in.

For the Cubs, it was a welcome sight.

Chatwood (1-0) gave the Cubs just the sort of outing they were looking for after working mostly out of the bullpen last season. He struck out eight and walked two.

“I think Chatty has changed the narrative around here for all of us,” manager David Ross said. “He is a guy we’re gonna rely on. He’s gonna get big innings. I have extreme confidence in him. His stuff is real. … That outing today was no surprise for anyone around here that knows him and knows the work he’s put in.”

Chatwood’s stuff never really was in doubt. His command was another story. He finally started to harness it down the stretch last year. And if there’s more to come like this, the Cubs will take it.

“I think it’s nice to get the opportunity to start again,” Chatwood said. “Rossy had a ton of confidence in me so go out there and prove him right, I guess. It’s one — awesome. Now, just get ready for the next one.”

Contreras smacked an RBI double in a four-run fourth and a long solo homer in the seventh. Ian Happ added a two-run drive in the eighth and Anthony Rizzo belted a solo shot one out later. It was the second homer for both Happ and Rizzo.

A day after things got testy between the two teams, the piped-in noise seemed loud enough to drown out any chatter between the dugouts. But the Brewers, who broke through against Yu Darvish in an 8-3 win after they were shut out by Kyle Hendricks on opening day, couldn’t get much going.

Leading 1-0, the Cubs sent 10 batters to the plate in the fourth. The first six reached safely, starting with Kyle Schwarber’s walk and Contreras’ double.

“He’s been in it before,” manager Craig Counsell said about Knebel. “It was like an early game save almost. We’re still down there and just trying to keep it close. We’ve got to put Corey back out there. We’ll put him back out there.”

Chatwood didn’t allow a hit until back-to-back singles by Ben Gamel and Orlando Arcia with two out in the fifth that cut the lead to four.

Peralta (0-1) was charged with four runs and three hits in three-plus innings.

“Everything is working great for me,” he said. “I can’t complain about that.”

The Cubs hit the road for the first time with a four-game series at Cincinnati starting on Monday. And Contreras is taking a few extra items.

“I bought sheets,” he said. “I bought my own towels. I’m bringing some Lysol because you don’t know where you’re going.”

Brewers: LHP Eric Lauer was reinstated after he was placed on the injured list for coming in close contact with someone who tested positive for COVID-19. Lauer did not test positive for the coronavirus. RHP Mike Morin was designated for assignment.

Cubs: LHP Brad Wieck (strained right hamstring) was placed on the 10-day injured list. RHP Ryan Tepera was recalled from the team’s training site in South Bend, Indiana. Wieck was hurt during Saturday’s game. Signed by the Cubs in December, Tepera had a 3.64 ERA in five seasons with Toronto.

Brewers: RHP Adrian Houser looks to start the season on a solid note at Pittsburgh after pitching well following a full-time switch from the bullpen last July. The 27-year-old had a 3.72 ERA in 35 appearances and 18 starts. LHP Steven Brault starts for the Pirates in their home opener.

0
0   0
previous 2 coaches injured in suburban Milwaukee basketball brawl
next Trump says can't throw out first pitch at NYY game over scheduling, "economy and much else," but golfs with Favre
Related Posts