Home NEWS COLLEGE Graham on NCAA compensation rules: We’ve got to do something 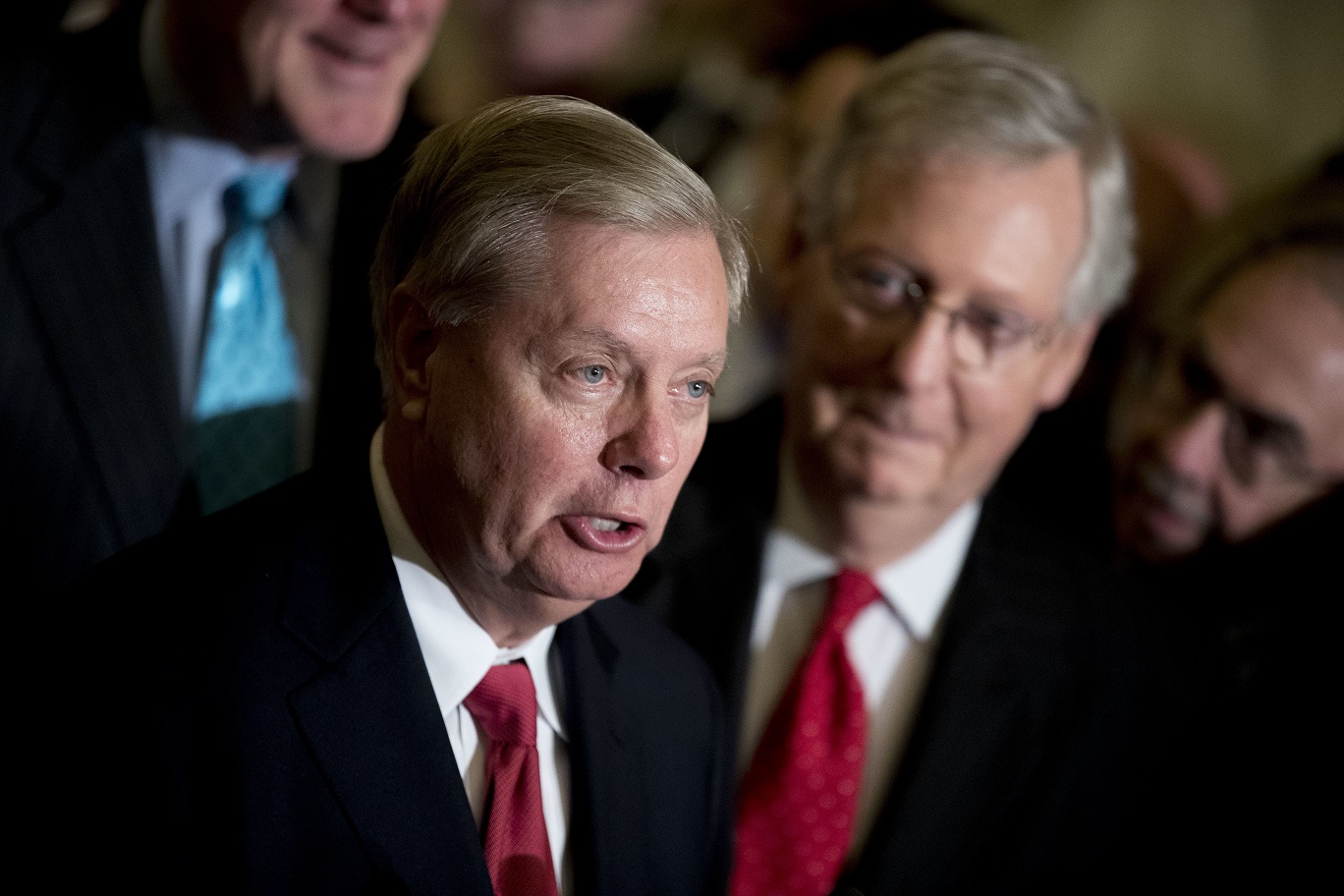 The Senate Judiciary Committee wants to have a bipartisan plan in place to regulate the way college athletes can be compensated for name, image and likeness rights by Sept. 15, Sen. Lindsey Graham said Wednesday.

The Republican from South Carolina also conceded during a hearing on college athletics: “I don’t know if we can pass a bill between now and the end of this Congress.”

NCAA President Mark Emmert was the headliner among the witnesses who testified during the hearing on protecting the integrity of college athletics.

The NCAA is in the process of crafting legislation to change change its rules and permit college athletes to earn money for things like endorsement and sponsorship deals, appearance fees and social media promotions. The association’s board of governors wants detailed plans in place by November that can be voted on by member schools in January.

Emmert and other college sports leaders are also asking for help from federal lawmakers to protect the reforms they put in place from legal challenges, and to fend off a growing number of state laws that could usurp NCAA rules.

“College athletics needs a safe harbor in which NIL opportunities can be administered,” Emmert said. “But it’s very important to note the NCAA is not seeking a broad-based antitrust exemption as some people have suggested. We simply want to be able to allow students to monetize their name, image and likeness in a fair and equitable manner.”

Lawmakers might have other ideas. Sens. Richard Blumenthal (D-Conn.) and Corey Booker (D-N.J.) peppered Emmert and Clemson athletic director Dan Radakovich throughout the hearing on other issues such as health and safety protections for athletes and long-term medical care.

Blumenthal and Booker said they are working on a college athlete bill or rights.

Booker said: “College sports are not always empowering young people to succeed. Instead, plainly, they are exploiting them.”

The NCAA wants to have some regulation of name, image and likeness compensation to prevent payments to athletes from being used as inducements in recruiting.

“We cannot have a bidding war for recruits,” Graham said.

Sports Illustrated reported the Power Five conference’s working NIL proposal would prohibit athletes from making NIL deals until after their first semester of college and allow schools to prohibit certain agreements between athletes and third parties.

“The (Power Five) proposals are too restrictive to benefit college athletes,” Booker said.

Graham seemed more sympathetic to the NCAA’s need for some regulation and federal protection.

“We’ve got to do something,” he said, “because you don’t want the wild, wild west out there.”