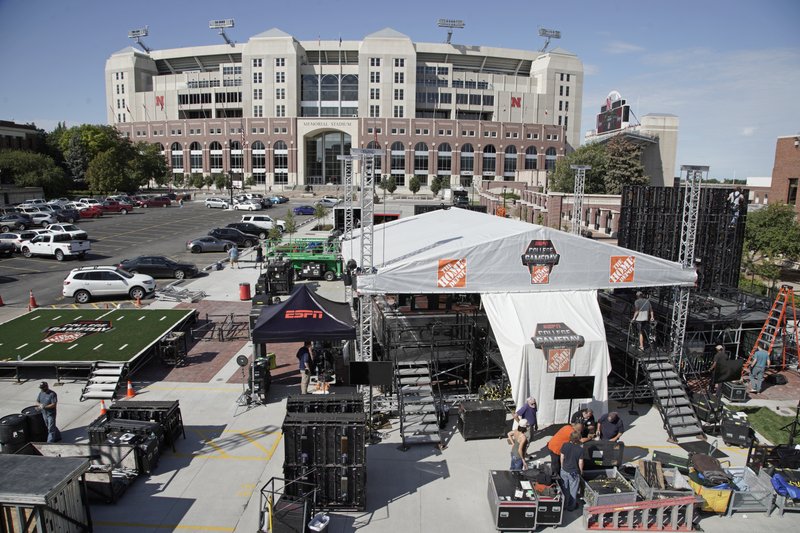 The COVID-19 pandemic has put this season in peril, but if it can be salvaged, so too will the sport’s most popular pregame show.

“If there is college football there will be ‘College GameDay.’ Period,” said ESPN’s Lee Fitting, who oversees all the network’s college studio shows and remote programs.

“GameDay” just won’t look like the traveling circus fans have grown accustomed to over almost three decades, broadcasting from the site of a big game in front of thousands of pumped-up, signing-waving fans. Lee Corso’s signature selection at the end of the show could end up being done from his home in central Florida, with the 84-year-old former coach donning a baseball cap instead of a mascot head.

“We’re still determining what ‘GameDay’ would look like this season and, frankly, it could be different every week what it looks like,” Fitting told The Associated Press on Wednesday. “It could be potentially on the sidelines of an early game. It could be on the concourse in a stadium. It could even still be on campus.

“Will there be thousands of fans behind our set screaming like we’ve known it the last however many years?” Fitting said. “Absolutely not.”

Fitting conceded the show could even originate from a studio in Bristol, Connecticut, for the first time since the week college football returned after the 9/11 attacks.

“I don’t think we can ever rule that out. That’s not our first option,” Fitting said. “But our first priority is the health and safety of everyone we work alongside.”

Most notable when it comes to health and safety is Corso, whose role in the show has shrunk in recent years. Still, his quips and bursts of energy are an essential part of its chemistry. Corso is the longest-tenured member of the show’s core on-air team, which also includes host Rece Davis and analysts Kirk Herbstreit and Desmond Howard.

Fitting said he “absolutely” expects Corso, who recovered from a stroke in May 2009 to return to “GameDay” that season, to be part of the show for a 33rd year.

How? Don’t know yet, Fitting said.

“We’re not going to be put him, obviously, in harm’s way. Nor does he want that. And if that means we get to the point where there’s a camera at his house, that’s what we do,” Fitting said.

He also added: “Our goal is to have all our people in one spot.”

Normally, “GameDay” has about 100 people working on site, many of whom have been flown in.

“That’s not realistic in these times,” Fitting said.

Nor is it necessary if “GameDay” scales back its production and the show is done with very limited or no fans around the set.

A potential complication for having the show in studio is travel restrictions on people entering Connecticut, where ESPN is based. Currently, New York, New Jersey and Connecticut are requiring people coming from certain coronavirus hotspot states to self-quarantine for 14 days. Hebstreit lives in Tennessee; Howard lives in Florida; analyst David Pollack lives in Georgia. All those states are currently on the restricted list, though a lot can change in a few months.

Davis, entering his fifth season as “GameDay” host, led ABC’s coverage of the NFL draft earlier this year. That was a massive endeavor with numerous analysts being connected remotely.

Davis said recreating the authenticity of “GameDay” would be challenging if the cast is not physically together.

“The type of show we do with nonverbal and glances and raising a finger or a quizzical look or glancing over at Bear (stat man Chris Fallica) has become such a big part of our discussion. We’re going to have to find a way to make sure that we still are able to incorporate those things,” Davis said. “It won’t be as easy.”

One “GameDay” institution fans can expect to see if the show is on location: That Washington State flag flying in the background.

“The streak will live on!” said CJ McCoy, one of the network of Washington State alumni responsible for getting Ol’ Crimson to the “GameDay” site each week.

“GameDay” prides itself on being able to mobilize a small army on short notice from week to week, chasing college football’s best games and most intriguing stories. This season — if there is a season — those skills will be tested like never before.

“We’re going to have to be as nimble and flexible and smart as we’ve ever been,” Fitting said.

TOP PHOTO: FILE – In this Sept. 26, 2019, file photo, workers set up the ESPN “College GameDay” stage in front of Memorial Stadium in Lincoln, Neb. The COVID-19 pandemic has put fall college football Saturdays in peril, but if the season can be salvaged so to will the sport’s most popular pregame show. (AP Photo/Nati Harnik, File)