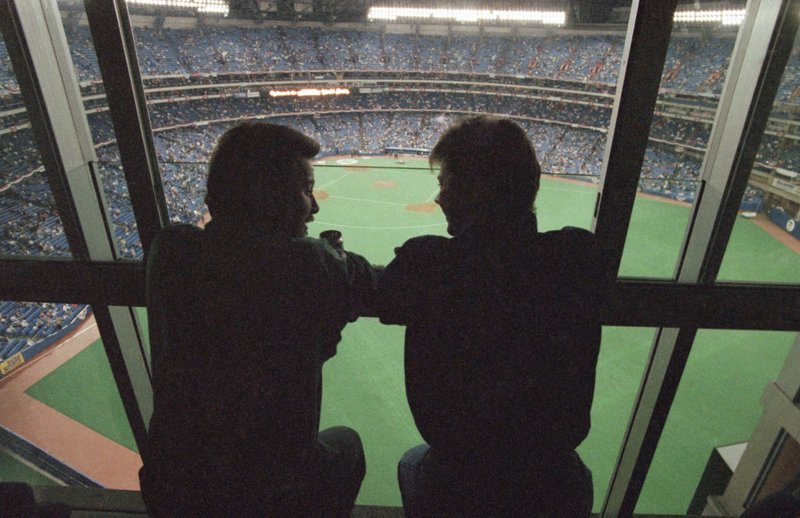 TORONTO (AP) — The Ontario government says the necessity of frequent travel between the U.S. and Canada is the complicating factor holding up approval for Major League League Baseball to play in Toronto amid the coronavirus pandemic.

Lisa Anne MacLeod, Ontario’s Minister of Tourism, Culture, and Sport, said MLB’s plan is more difficult to approve because all 30 teams plan to be travelling. The NHL and NBA are intending to use hub cities.

Federal and local health authorities in Canada have approved a plan for the NHL to play in either Toronto or Edmonton, Alberta, but the plan does not involve travel back between the U.S. and Canada. The NHL is selecting hub cities — most likely two — where all the teams will play.

MLB requires an exemption to a requirement anyone entering Canada for nonessential reasons must self-isolate for 14 days. The U.S.-Canada border remains closed to nonessential travel until at least July 21.

“We want to make sure that the chief medical officer of health is satisfied with that criteria,” MacLeod said. “And again there is that complicating factor, that this would be a bit more travel related than the others, so that right now is where we are at with our federal counterparts.”

The Blue Jays are moving players to their spring training facility in Dunedin, Florida, where they will be tested and while they await word from the Canadian government. A number of players and staff already tested positive for the virus.

Ontario Premier Doug Ford said Monday that city, provincial and federal authorities “kind of gave their approval,” but the Blue Jays are looking for a letter of support from the federal government. Ford also said Dr. David Williams, Ontario’s chief medical officer, requires a few tweaks to MLB’s submitted plan to play, which health authorities have been reviewing.

Anna Maddison, a spokesman for the Public Health Agency of Canada, said the federal government and the Blue Jays are discussing details. Maddison said Toronto Public Health and Ontario Ministry of Health are also actively engaged with the Blue Jays.

Dr. Andrew Morris, a professor of infectious diseases at the University of Toronto and the medical director of the Antimicrobial Stewardship Program at Sinai-University Health Network, said the U.S. is a disaster right now and it would be a bad look for the governments to turn a blind eye to public health for the purpose of resuming professional sports just as Ontario is getting its COVID-19 numbers under control.

A senior Canadian government official said last week that if MLB submitted an acceptable restart plan to the government, an exemption letter similar to the one provided to the NHL could be provided. The official spoke to The Associated Press on condition of anonymity because he was not authorized to speak publicly about the matter.

TOP PHOTO: FILE – In this Oct. 22, 1992, file photo, spectators look out at the field of the SkyDome in Toronto, from a window of the SkyDome Hotel before Game 5 of the World Series between the Toronto Blue Jays and the Atlanta Braves. This week, Major League Baseball players and owners reached an agreement to play an abbreviated, 60-game season that would start July 23 or 24 in teams’ home ballparks. But the seats will be empty. Instead, fans hoping to see a game in person will be have to settle for pressing their faces up against hotel windows, squinting through metal grates or climb to rooftops when baseball returns this month in otherwise empty stadiums. (AP Photo/Rusty Kennedy, File)