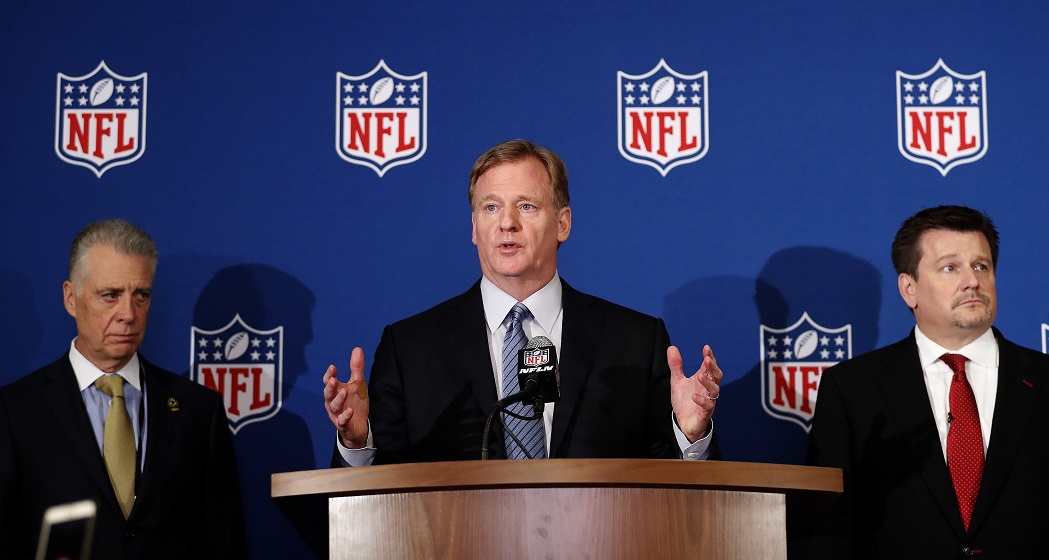 The NFL has awarded two new grants and renewed seven others through its social justice platform Inspire Change.

The new honorees are Council on Legal Education Opportunity (CLEO, Inc.) and Success For All. Both organizations will use the funding for educational advancement.

CLEO, Inc., focuses on inspiring, motivating, and preparing students from underrepresented communities to succeed in law school and beyond. More than 25,000 students from all 50 states have been touched by CLEO to include judges, academicians, public service and private practitioners. It is receiving $50,000 from the league’s Player-Owner Social Justice Working Group, an amount that will allow CLEO to expand its virtual programming to more than 500 college, pre-law and current law school students.

“On behalf of the students we serve, our board of directors, advisory council, alumni, staff, and other stakeholders, the Council on Legal Education Opportunity, Inc. wishes to express its sincere appreciation to the National Football League for this generous grant to assist in our programming and operations,” said Cassandra Sneed Ogden, the chief executive officer of CLEO, Inc.

“This grant will help us continue our imperative work, which is more important today than it was when we were founded in 1968.”

Success For All ’s grant of $250,000 will support programs to improve education for at-risk students through The Getting Along Together Program, and will provide professional development support for 12 schools in Nashville, Tennessee, serving approximately 6,000 students.

Success for All was developed in 1987 at Johns Hopkins University and became an independent non-profit foundation in 1999. It has helped nearly 3 million children nationwide and currently is working with 125 school districts in 38 states, as well as in Canada and the United Kingdom.

“We are thrilled to be awarded this grant from the NFL’s Inspire Change initiative,” said Nancy Madden, president and co-founder of Success for All Foundation.

“With these funds, we will partner with elementary schools in Metropolitan Nashville Public Schools to improve education for students at risk. Our grant makes this project possible and will provide kids with skills and strategies that will be life changing, and give them a real chance to succeed.”

The league’s initiatives grew from players’ demonstrations concerning social justice, including kneeling during the national anthem. More than $44 million in grants have gone to organizations nationwide, including more than 750 grants provided by the NFL Foundation to current NFL and former NFL players for nonprofits of their choice.

The renewals announced Tuesday will go to:

— Anti-Recidivism Coalition (ARC) and its Hope and Redemption Team, a group of former prisoners who return to California state prisons to provide on-going programming, rehabilitative services, and re-entry support to incarcerated individuals.

— Big Brother Big Sisters of America, which uses its funding to help bridge the gap between police officers and the communities they serve and provide youngsters with a mentor.

— Gideon’s Promise and its mentorship program for the next generation of public defenders.

— Vera Institute of Justice. Through its In Our Backyards and Serving Safely initiatives, it works to stop the rise of incarceration in small towns and rural communities, demonstrating that the overuse of jails and prisons there are disproportionately burdening the poor and communities of color.

— VOTE NOLA as it continues efforts to help to educate and protect the voting rights of the incarcerated and formerly incarcerated. During the coronavirus pandemic, VOTE NOLA provided 10,000 N95 masks to individuals inside Louisiana prisons and jails.

A total of $3.5 million is being awarded to the nine organizations. In January, the league awarded nearly $3 million in social justice grants.

Since 2018, Inspire Change grants have gone to 20 non-profit organizations in support of programs and initiatives that reduce barriers to opportunity. Those groups focus on education and economic advancement, police and community relations and criminal justice reform.

“The work of our Inspire Change grant partners has a tremendous impact on communities across the country,” said NFL Commissioner Roger Goodell.

“Each of these organizations has worked to reduce barriers to opportunity and has provided resources that meet the needs of the communities they serve. We are proud to assist with their respective efforts to a more equal and just tomorrow.”