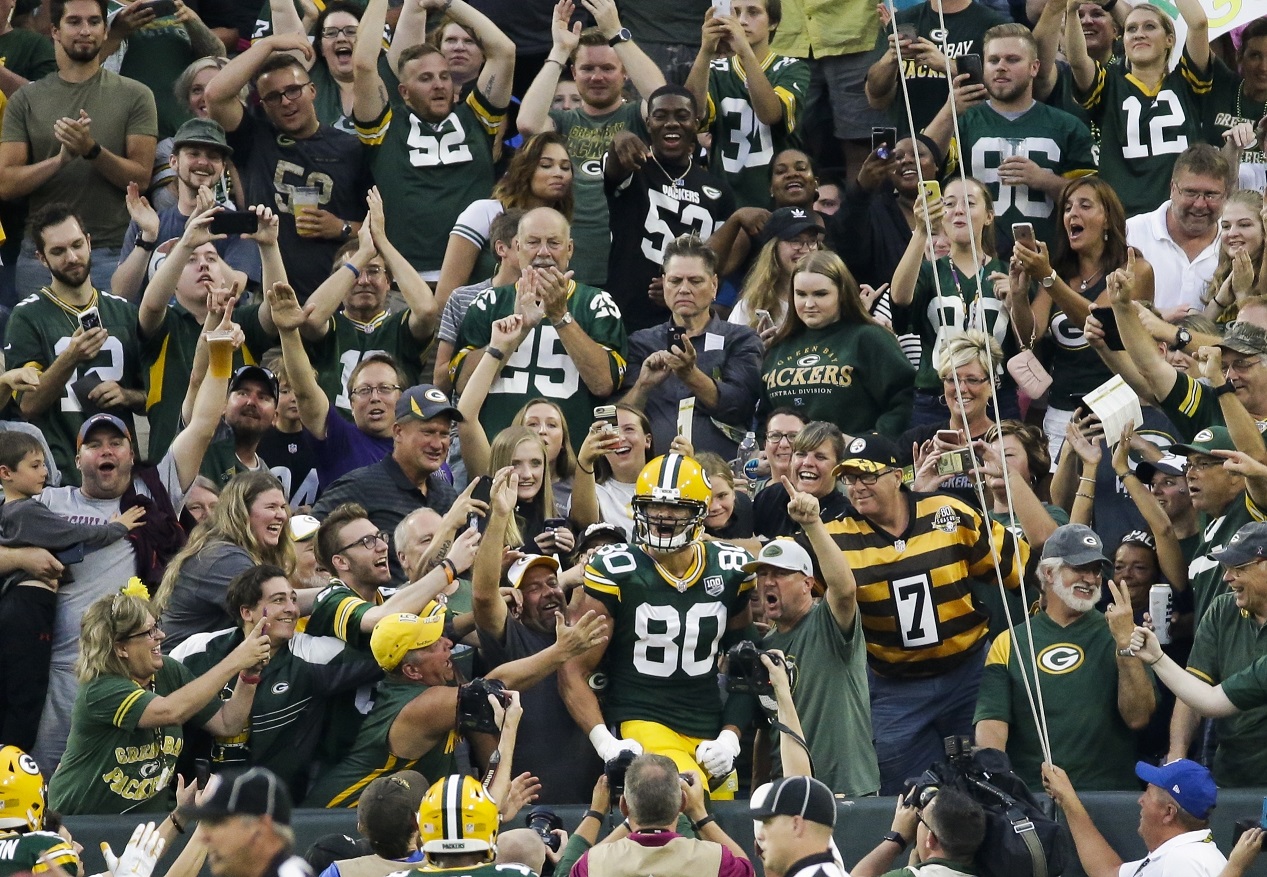 No sports, but plenty of rankings.

The newest one by Forbes has determined what professional sports team in the US has the most passionate fans, and that team is, of course, the Green Bay Packers.

The Forbes writeup says about the Packers fans: “Cheeseheads are willing to marry, divorce, remarry—even abandon their mothers—for a shot at tickets. No wonder: The season-ticket waiting list has 137,000 names on it, and 99% of current holders renew every year.”