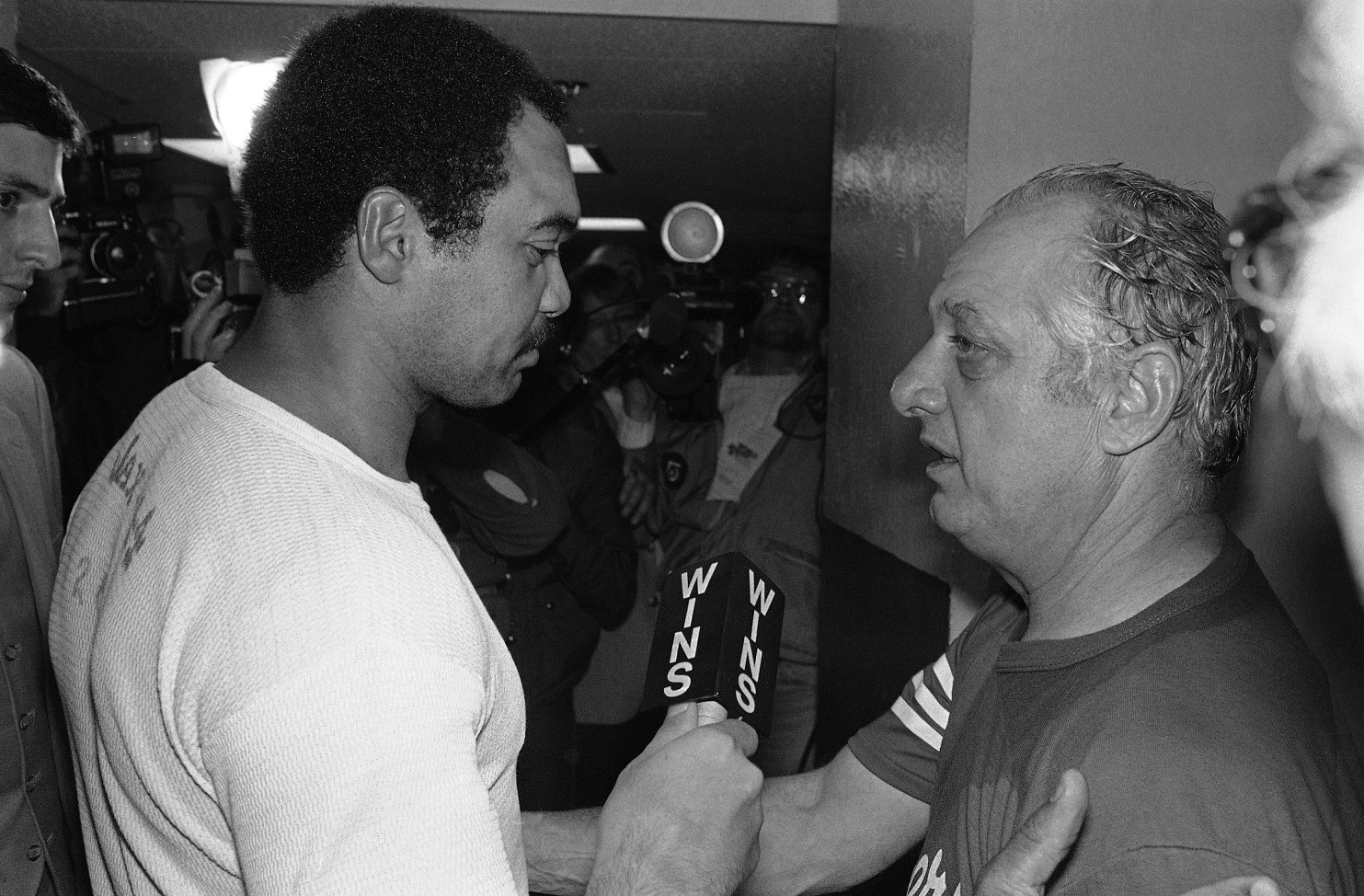 Since I’ve decided to squeeze down what could essentially be a Top 100, these picks have been made for some extremely specific reasons, and will reflect an age and geographical bias.

So, be forewarned, this is another VERY subjective and totally personal list made for personal reasons.

I reserved spots on this list for players who have made an emotional impact on, not just me, but also my grandmother, who at 89 and in her current medical condition, may not remember how impactful this player was on her life. I also took into account my father, who is still ornery as ever.

Now that I’ve thrown a little backstory at you, here are my five favorite Major League baseball players of all time.

This is the “emotional impact thanks to Grandma” selection on its surface, but after some reflection in writing this, I suppose this is an early childhood connection that I shared with my grandmother that makes Garvey my No. 5 five all-time favorite MLB player.

Growing up in Southern California in the early 1980s, the Dodgers and Lakers were about as big as the Beatles and Stones in the 1960s. It was crazy and everybody was a fan of both teams.

Garvey was nicknamed “Mr. Clean” by the fans and media of Los Angeles and my grandmother loved one thing more than the Dodgers or even baseball — clean shaven and upstanding men. That was something she wanted me to be (sorry to disappoint with the beard and all) and I wanted to be that for her. Garvey was the epitome of what we thought of in SoCal as the all-around baseball, clean shaven, nice guy.

On the field and near the end of his career with the Padres, as I was coming up, Garvey wasn’t as effective as he was in his days with the Dodgers but still did put together four really solid seasons, hitting .275 during that time and cranking out 60 home runs. In his final season with San Deigo, Garvey only played in 27 games with 78 plate appearances and a homer.

This was an easy one. Griffey was arguably the best player of his generation and his smooth stroke at the plate is STILL something to behold.

When Griffey broke into the league in 1989 I had been bit by the “baseball/basketball card bug” and nabbing my first Ken Griffey Jr., Tops rookie card, was such a rush. Back in those days baseball cards were still a thing, and Griffey Jr had maybe 1,000 different rookie cards. But, it was still a rush! Anyway, I fell in love with everything about Griffey — how he played, the way he turned his hat backwards some years later, the Nike commercials. All of it.

When Griffey eventually moved on to Cincinnati from Seattle after 13 glorious seasons I have to admit, I stopped watching him. Not because I didn’t want to necessarily but as we recall easy access to every single sport at any time, any place, didn’t exist yet, and I lost track. Needless to say it didn’t matter, he was still going strong, although never on a Reds team good enough to win anything or even go to the playoffs.

This is not going to win me any friends, I know that, and I simply don’t care. Barry Bonds was one of, if not the best baseball players of all time. From a pure skill perspective I don’t really think it’s even an argument, but of course that’s not the argument we have when discussing Bonds.

Bonds may or may not have used steroids in his later years with the Giants. He never tested positive but let’s assume he did. OK, not cool, but not something literally half the league was doing (being conservative) and that includes pitchers. Everybody automatically assumes that Bonds was just beating up these helpless pitchers when we have no idea how many of them were juicing, too (assuming) that would have been unhittable to anybody that wasn’t also jucining (still assuming). That said Bonds’ career was simply magnificent and you can see that by looking at the record books.

When I saw Bonds play in person for the first and only time, I was struck by how he mezmorized the crowd every time he took the plate. How the pitcher seemed to squirm on the mound at the thought of attempting a pitch this guy wasn’t going to blast into next Thursday. Whatever may be the truth about Bonds and steroids I don’t know for sure, and neither does anybody else except for Barry and that mysterious substance injecting trainer he had. That means he makes the list!

Ahh the Big Hurt. What an awesome nickname for an awesome baseball player. Frank Thomas and Cecil Fielder were about the only two guys that hit 45 plus home runs for a stretch of time in the early 90s and that’s when I became a fan of Thomas, in 1992. The real reason? Dr. Dre.

Indeed Dre’s 1992 album and music videos on “The Chronic” were littered with little cultural references and front and center, star of his “Ain’t Nothin but a G Thang” video Dr. Dre was wearing a kick-butt White Sox hat. Not sure why but that grabbed me. Grabbed me so much I went out and bought one within a week with my allowance money.

Thomas was of course an incredible player and Dr. Dre didn’t completely alert me to his presence. I had been collecting baseball cards for about three years at that point so I knew who he was and how good he was coming in, but the Dre video and the hat flipped a switch in me and from that point on Thomas was my go-to box score look in the next morning’s paper. The guy whose cards I always looked forward to holding when I cracked open a complete set to start the new league year. I think Thomas immediately became my second-favorite major leaguer of all time as soon as Dr. Dre showed me it was OK to be from the West Coast and still rock a hardcore cool hat from the Midwest, and that the White Sox were OK to like. Thanks for the heads up Dre!

The Hunt for Mr. October on my list of favorite ball players of all-time ends here. Mr. Freaking October was like Muhammed Ali in my father’s house — a figure to be revered, an icon for the ages. That kind of hero worship rubs off on a kid I can tell you.

Jackson came to Southern California and the California Angels when I was just a little tyke in 1982. My father (also David, son of George, begotten by somebody who’s name I do not know) was a baseball freak, as mentioned above, but more than that was a fan of true excellence. Whether it was on the field of play, in cinema, or written in a book my father wanted, and still does, to consume the best. In my formative years he assured me that Jackson was indeed the best. That’s why he got the best baseball nickname ever, and told me that if I was a very good boy during the week he would take me to see Mr. October on a Friday or Saturday night.

When you grow up in a family that had Dodgers season tickets which dated back to before the construction of Dodger Stadium, meaning they were very good tickets, and you’d give those up to go pay and sit in the nosebleeds to see Jackson, you know the guy is special. Even though the Dodgers were a far superior team at the time, watching Jackson take at-bats while my 40-year-old father beamed like a child made the experience worth the trade. Plus, I was assured someday I would tell some grandchild about seeing Mr. October, and I know now, he will be right.

While I didn’t get to see Jackson in his glorious prime, I was treated to some fine wind-down baseball from the aging slugger who only batted a modest .239 in his five seasons with the Angels but did crush 123 home runs in his time.