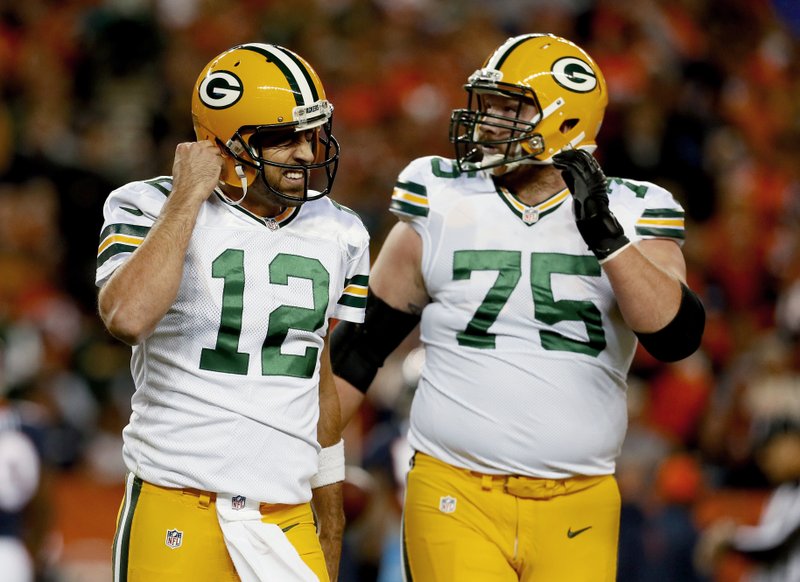 Longtime right tackle Bryan Bulaga agreed to terms with the Los Angeles Chargers and linebacker Blake Martinez announced he was joining the New York Giants. The Packers confirmed reports of their departures Wednesday on the opening day of free agency.

Bulaga’s move represents the end of an era.

The 2010 first-round draft pick from Iowa had been a fixture at right tackle for the last decade. Bulaga made 111 regular-season starts, including all 16 games in 2019.

Bulaga bid farewell to Green Bay in an Instagram post Wednesday in which he confirmed reports he was joining the Chargers. Bulaga thanked Packers players, coaches, support staff and fans.

“The past 10 years of my career will be irreplaceable and that is due to all of you,” Bulaga said. “You all welcomed me as a 21-year-old with open arms, and for that I will always be grateful. I have essentially grown up in Green Bay, from getting married to having kids and a whole lot of life in between. We have been through ups and downs, wins and losses, many memories that I will never forget.”

Bulaga, who turns 31 Saturday, added that “Green Bay will always hold a special place in our hearts.”

Wagner, 30, figures to get the first shot at replacing Bulaga at right tackle as the 2013 fifth-round pick from Wisconsin returns home. Wagner has made 87 career regular-season starts. He started 12 games in 2019, though he dealt with knee problems late in the year.

The Lions cut him last week after three seasons. He played four seasons with the Ravens before signing with Detroit in March 2017.

While Wagner is a likely replacement for Bulaga, Kirksey could step in for Martinez at inside linebacker.

Martinez made 155 tackles last year to rank second in the NFL behind only Seattle’s perennial All-Pro Bobby Wagner. That marked the third straight season in which Martinez had over 140 tackles and led the team in that category.

But the inside linebacker position needed upgrading after the team allowed 285 yards rushing in a 37-20 NFC championship game loss to San Francisco.

Martinez, 26, also went on Instagram to thank his former team and its fans.

“I’m truly blessed to have been able to say I played for such an historic franchise and I can’t thank everyone enough for all the help!” the 2016 fourth-round draft pick from Stanford said. “So excited for the future and I hope to come play at Lambeau again soon!”

Kirksey, 27, has shown he also can be a prolific tackler when healthy.

The former Cleveland Browns linebacker made 148 tackles in 2016 and 138 in 2017. He played just nine games in 2018 due to a hamstring injury and appeared in two games last season before going on injured reserve with a torn pectoral muscle. The Browns released him last week.

In a video the Packers tweeted out, Kirksey praised Green Bay’s “winning culture” and said he’s “ready to get to work.”

“I heard it was called Titletown, so let’s go win us a championship,” Kirksey said.