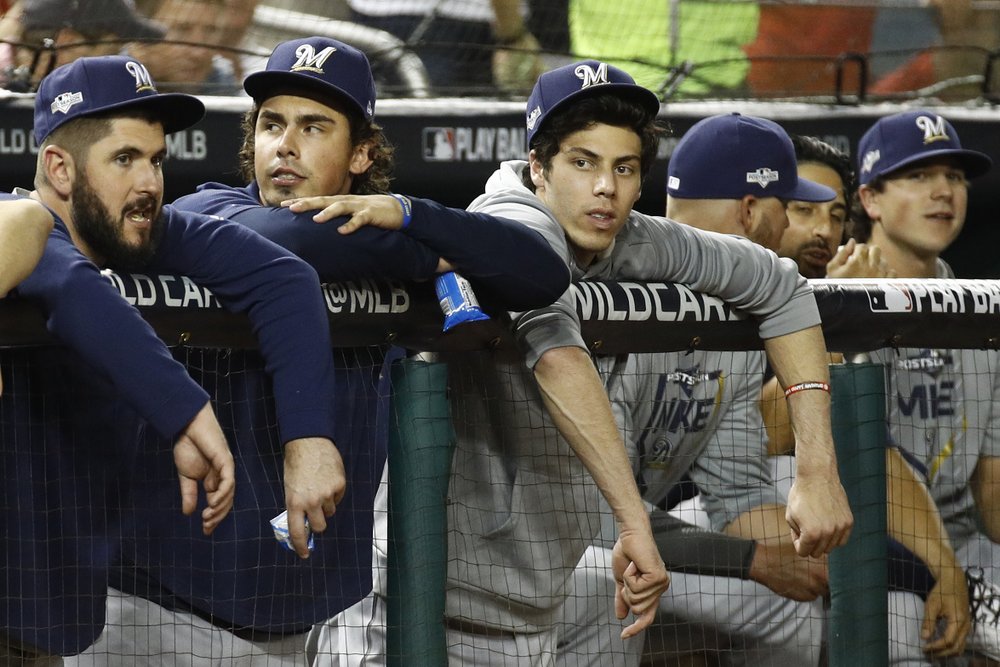 PHOENIX (AP) — Major league teams adjusted to their strange new normal, with more players returning to their hometowns as they realized baseball won’t be played for months.

Arizona manager Torey Lovullo said he feels like he’s “playing hooky” every day as the world fights the new coronavirus pandemic that caused postponement of opening day until at least mid-May.

“My heart knows where it’s supposed to be,” Lovullo said Tuesday. “But my head is saying we’ve got a bigger cause that’s right in front of us. It’s still something that we are all getting used to.”

Major League Baseball responded to the players’ association on Tuesday, two days following the union’s counteroffer on issues such as salaries, major league service time, performance bonuses, opt outs and the amateur draft. Baseball’s current collective bargaining agreement runs through 2021, and the chaos has increased the possibility of talks leading to a modified deal with a later expiration.

Houston ace Justin Verlander had surgery on his right groin and is expected to be out about six weeks, which could make him available for the delayed opening day. Verlander dealt with the problem early in spring training. His first start was delayed until March 3 because of discomfort in the same area.

As Yankees manager Aaron Boone started driving home from spring training in Tampa, Florida, to Connecticut, New York announced a second minor league player tested positive for coronavirus. They are the only two known baseball players who have tested positive.

“While under self-quarantine, the player reported fatigue and an elevated body temperature to Yankees medical personnel,” the Yankees said in a statement. “The test was administered on Sunday, and the player returned to self-quarantine following the positive results.

“We can also report that within the past 48 hours his symptoms have dissipated.”

Lovullo said about half of his big-league roster remains in the Arizona, though the D-backs have the advantage of being based in Phoenix, so several players also live there during the offseason. He said those who remain are coming into the team’s facility in shifts no larger than four or five in an effort to make sure social distancing protocols are followed.

“We’re making sure that as people are moving around the facility that there’s a lot of space between everybody and the area is being cleaned as soon as those people move on,” Lovullo said.

Lovullo said he hasn’t been at the facility because he’s had an eye infection and his son just had his tonsils removed. He’s passing the time by watching movies, playing cards with his wife, checking the news and fighting boredom. He added that it’s important everyone follows recommendations to fight the spread of coronavirus and that his family is no different.

“I’ve gone from level 45 on my landscape app game to like level 295,” Lovullo said. “So I’m sitting around, doing nothing, just like everyone else.”

He said the team instructed pitchers to ramp down their activities.

Lovullo also said he didn’t know of any major surgeries D-backs players would have now that there will be at least two months until opening day. He said the team is encouraging players to stay in shape, but “we’re not getting after it, if that’s what you’re asking. We’re really pulling back.”

Some of the big league Yankees have stayed in Florida to work out, but more may go home soon, including reliever Zack Britton. He said now that players know there’s going to be at least a two-month break, many might head home for at least a few weeks.

“You don’t want to just consistently be training at a really, really high level when we’re not going to start action again until another two months or so,” Britton said. “You want to be healthy. It’s going to be tricky.”

MLB’s teams have pledged $30 million for ballpark workers who will lose income because of the delay to the season.

“Over the past 48 hours, I have been approached by representatives of all 30 clubs to help assist the thousands of ballpark employees affected by the delay,” MLB commissioner Rob Manfred said in a statement. “Motivated by desire to help some of the most valuable members of the baseball community, each club has committed $1 million.”

Many ballpark employees are paid by the game and will not have that income during the delay. If the schedule is cut, their income likely would be reduced.

“Our game-day staff are the familiar faces that our fans know and love,” Tampa Bay Rays president Brian Auld said. “They are part of the fabric of the ballpark experience at Tropicana Field, and they are an essential part of our operations.”