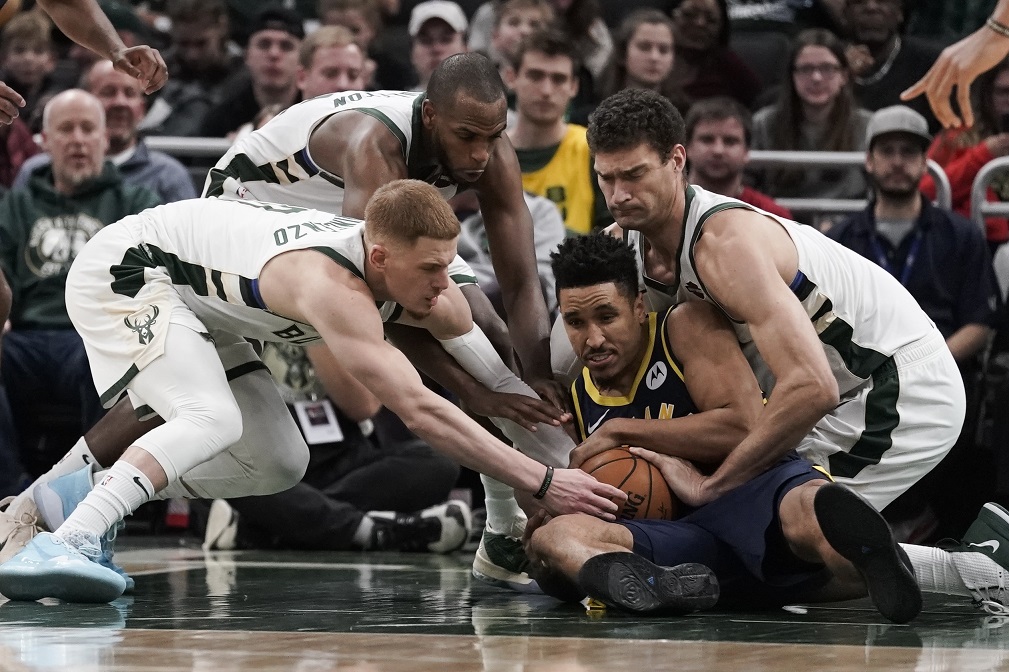 MILWAUKEE, Wis. — Coming off their two lowest point-scoring totals of the season, the Milwaukee Bucks head back home tonight to play the Indiana Pacers, with LeBron James and the LA Lakers looming Friday.

In back-to-back games Sunday and Monday, the Bucks scored 93 and 89 points, respectively, losing the latter to the Miami Heat, snapping a six-game win streak.

Oddly enough, the last loss before that for the Bucks came to the Pacers — right before the all-star break and without Giannis Antetokounmpo. This time, however, Victor Oladipo won’t play. But former Bucks point guard Malcolm Brogdon will.

In his first season with the Pacers, the 27-year-old is averaging 16.6 points, 7.3 assists. With the extended workload and no benefit of having Antetokounmpo as his “sidekick,” Brogdon is nowhere near the 50-40-90 club he made last year — shooting 50 percent from the field, 40 percent from deep and 90 percent from the line.

As for Antetokounmpo, he’s coming off a season-low 13 points, when the Heat held him to 6-for-18 shooting.

For the season, the reigning MVP and current favorite to repeat, is averaging 29.6 points, 13.8 rebounds and 5.8 assists in 30.9 minutes.

The Bucks (52-9) have the best record in the league by 4.5 games over the Lakers and lead the Raptors by nine games for the top seed in the Eastern Conference.

0
0   0
previous An NCAA Tournament with empty arenas? It can’t be ruled out
next With Maryland loss, door is open for Badgers — and others — to win Big Ten title
Related Posts