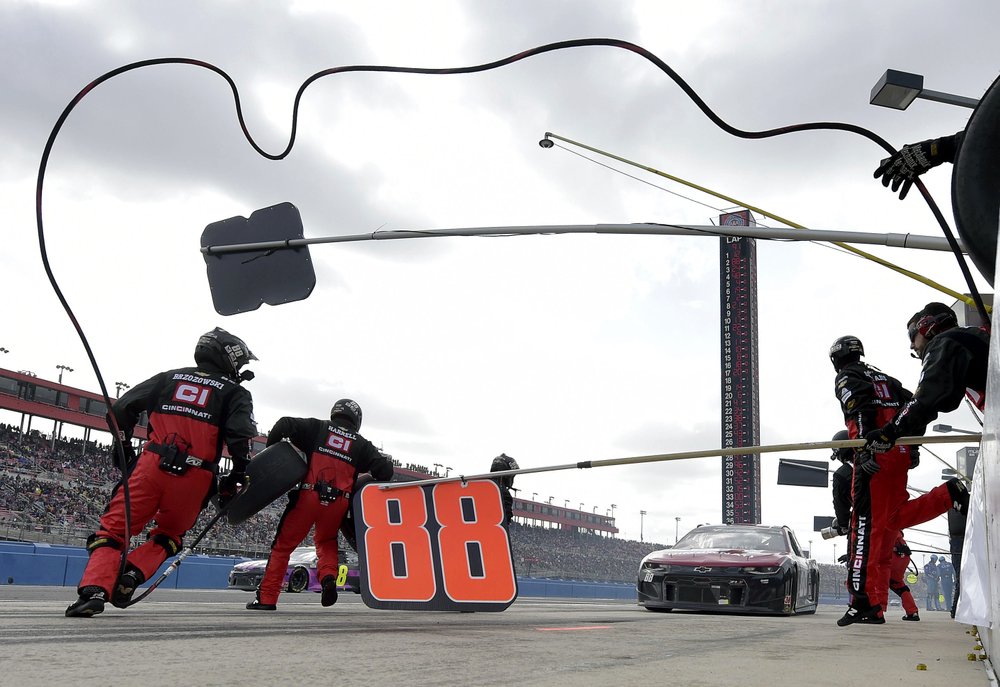 Bowman led 110 laps and kept his Hendrick Motorsports Chevrolet in front after the final pit stops for a comfortable win in a smooth, fairly uneventful race featuring only one caution outside of the stage breaks. Bowman, the 26-year-old Arizonan, grew up racing almost weekly in nearby Pomona.

“We’ve been so good to start this season,” Bowman said. “We’ve got to go win a bunch more, but man, it feels good to have one this early.”

Six-time Fontana champion Jimmie Johnson finished seventh after running near the front for most of his final race as a full-time driver at the NASCAR track closest to his native El Cajon, California, about 100 miles away. His winless streak is at a career-worst 98 races, but he showed impressive pace before his Hendrick teammate took charge of the race.

“Our team is going in the right direction,” Johnson said. “I’ve known in my heart what I’m capable of and what our team is. … We just faded too much at the end. I thought I was going to blow a tire, but we salvaged a top-10 out of it. It’s a huge thing for us out here in California. There’s been great vibes the whole weekend.”

Johnson started on the front row alongside pole-sitter Clint Bowyer at the track where he has won more than any other driver. Johnson got his very first Cup Series victory here in 2002, and he got his most recent victory in 2016.

The weekend featured several tributes to the seven-time series champion, including a five-wide salute during the warmup laps. Johnson’s wife and daughters waved the green flag to start the race.

Daytona 500 champion Denny Hamlin finished sixth after being forced to start at the back when he came to pit road during warmups to change a shock absorber.

The crew chiefs of Ricky Stenhouse Jr. and Ryan Preece were ejected after NASCAR found illegal body modifications on the cars, which had to drop to the rear on the pace laps. Both were docked 10 driver and owner points.

The Cup Series runs next Sunday at Phoenix Raceway in a key stop because the track is also the site of the series’ championship race on Nov. 8.