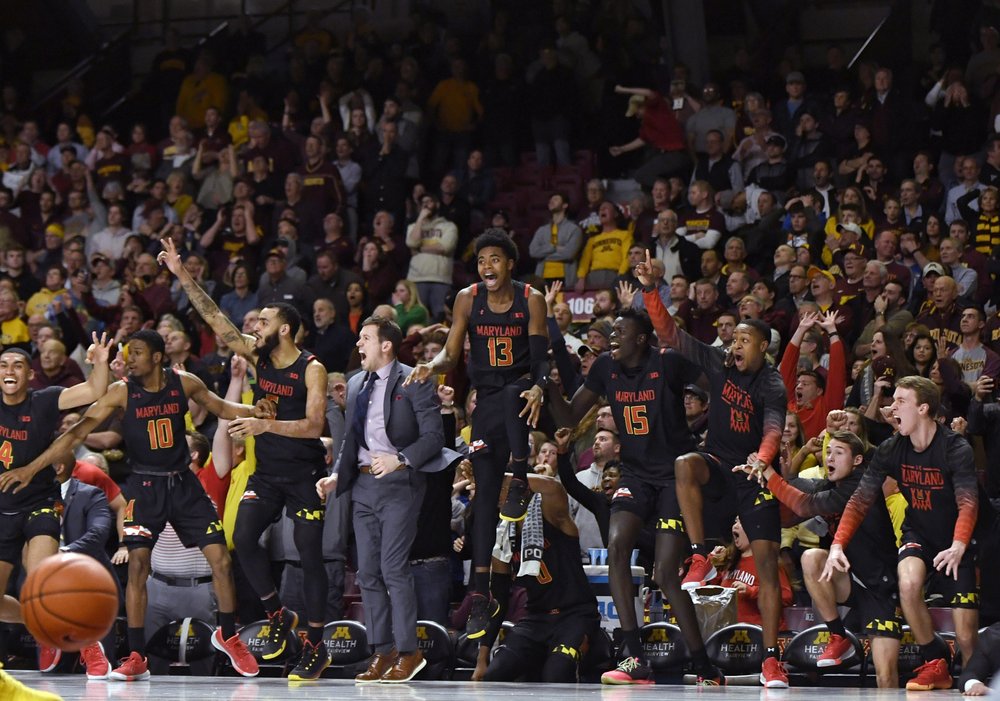 “Thanks a lot Minnesota.” #Sarcasm

That’s what Badgers fans — and most of the Big Ten — are saying after watching Maryland-Minnesota on Wednesday night.

A chance for the University of Wisconsin men’s basketball team, and the rest of the Big Ten, to catch first-place Maryland flopped thanks to the Gophers.

Ninth-ranked Maryland was down 16 at halftime. The Terps were down 14 with 9:02 left. And they were down eight with 2:06 remaining.

But, the Gophers squandered that, and with 1.9 seconds left, Darryl Morsell nailed the winning 3 to give the Terps a 74-73 win on the road.

Wisconsin (17-10, 10-6) has won five of six, since La Crosse native Kobe King announced he was leaving the team.

Wisconsin has three more games after Thursday — at home against Minnesota and Northwestern, before a tough road game at Indiana.

TOP PHOTO: Maryland players on the bench celebrate the go-ahead 3-pointer by Darryl Morsell, not seen, against Minnesota during the second half of an NCAA college basketball game Wednesday, Feb. 26, 2020, in Minneapolis. Maryland won 74-73. (AP Photo/Hannah Foslien)

0
0   0
previous Aaron Rodgers votes no on proposed CBA
next Badgers hold off No. 19 Michigan, get set to host Gophers
Related Posts