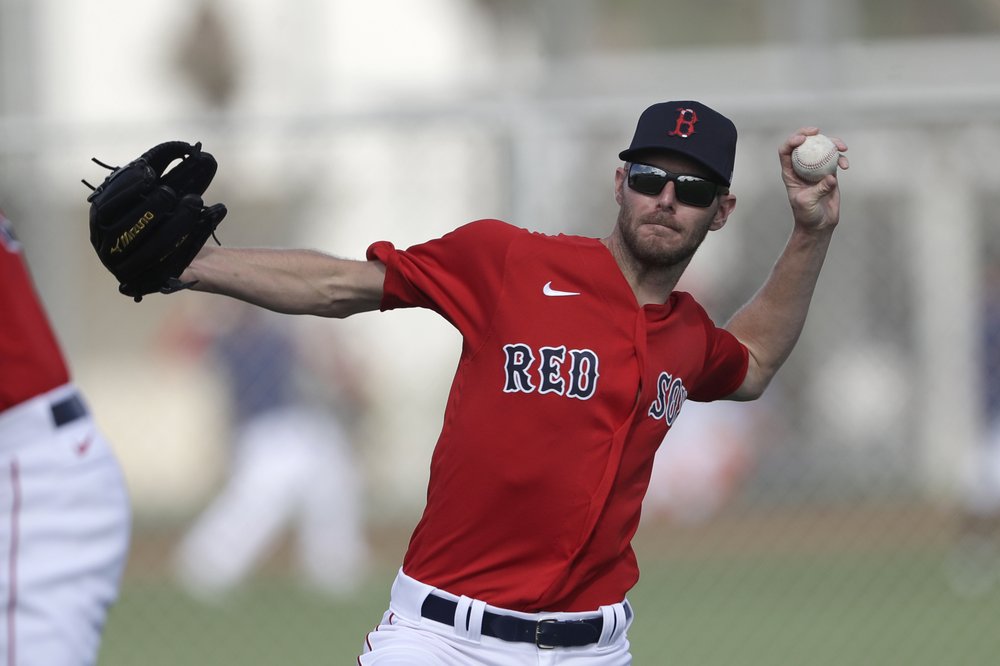 SCOTTSDALE, Ariz. (AP) — Giancarlo Stanton’s intimidating presence was missing from the middle of the Yankees’ lineup for a big chunk of 2019 because of an injury-filled season.

As he tries to bounce back, the New York slugger will have his spring at-bats analyzed more than most.

Spring training game action begins in Arizona on Friday with a meeting between the Texas Rangers and Kansas City Royals while the other 28 teams play their first exhibition games in the Grapefruit and Cactus Leagues on Saturday.

The games — especially early in the spring — are often filled with young prospects and others who are longshots to make opening day rosters. Most veterans will be eased into games and their stats won’t be particularly important as they tinker with batting stances, pitch repertoires and gradually build toward the first regular-season games on March 26.

For others, the exhibition games are a little more important. Stanton is one of those exceptions.

The 6-foot-6, 245-pounder played in just 18 games last season, batting .288 with three homers in 59 at-bats. He hit 38 homers in his first year with the Yankees in 2018 and a career-high 59 in 2017 with the Miami Marlins. In spring training, it will be interesting to see how much time he spends in the outfield and how much time he’s the designated hitter.

“No limitations,” Stanton said on Wednesday in Florida. “Just be smart with the workload getting back into it.”

A few other veterans who will be watched closely over the next month:

The Dodgers are betting he can regain some of that ’18 magic after signing him to a $10 million, one-year deal during the offseason.

Souza was one of the game’s promising young power hitters in 2017 after he hit 30 homers with the Tampa Bay Rays. But after two straight injury-plagued seasons with the Diamondbacks he was non-tendered during the offseason and signed to a one-year deal by the Chicago Cubs.

He missed the entire 2019 season after tearing multiple ligaments in his left knee during spring training. If he’s healthy, the 30-year-old could provide the Cubs with a capable right-handed bat.

The 28-year-old was an All-Star in 2018 but struggled through 2019, even getting sent down to the minors midway through the season. He returned in August and pitched a little better, but his season ended on an extremely sour note after he gave up seven runs in just 1/3 inning in a NLDS Game 5 loss to the Cardinals that eliminated the Braves from the playoffs.

The seven-time All-Star and former La Crosse Logger has been one of the game’s best pitchers for the better part of a decade, but 2019 was a rough year and he finished with a 6-11 record and career-high 4.40 ERA. He was shut down in mid-August with a sore elbow.

The Red Sox hope he can bounce back and once again be their ace, but the spring hasn’t started well after Sale reported to camp a few days late because of pneumonia-induced weakness.

Martinez was an All-Star starting pitcher in 2015 and 2017 but weakness in his throwing shoulder led to a transition to the bullpen last season. The right-hander was good as the closer, saving 24 games, but the Cardinals would like him back in the rotation if his shoulder can handle the workload.