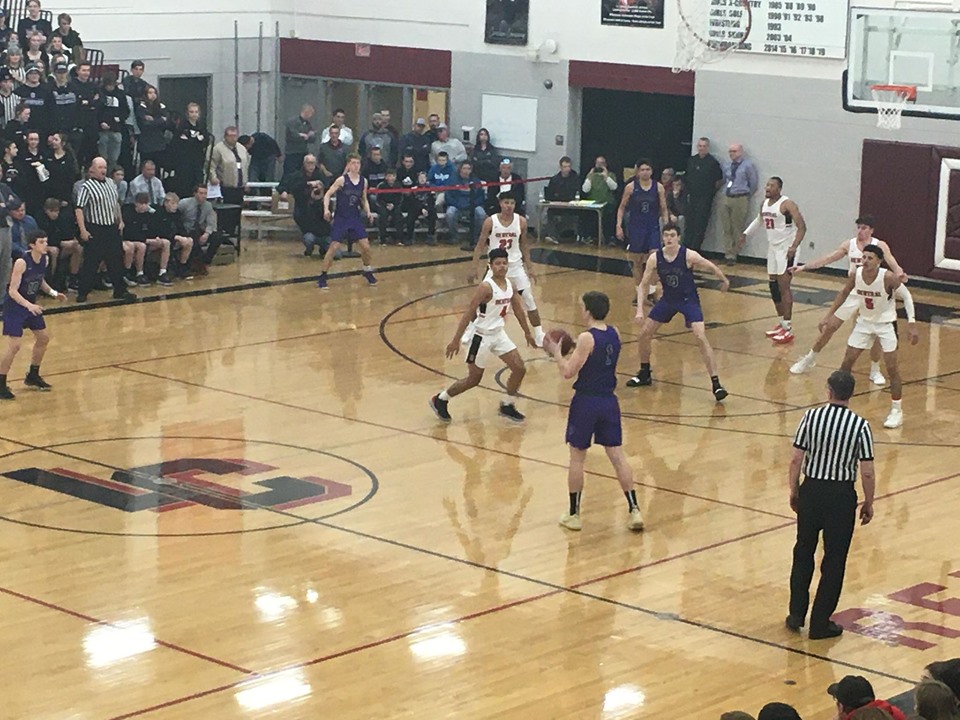 It was a packed gymnasium at Central High School on Tuesday night, as fans gathered to watch the top two teams in Division 2.

In the end, the away fans donning Hilltoppers gear went home happy — sweeping the season series against the Red Raiders and seeing their boys basketball team clinch the Mississippi Valley Conference title outright.

Top-ranked Onalaska, which trailed by six at halftime and as much as seven in the second half, came back to beat the No. 2-ranked Red Raiders 60-54.

Onalaska’s defense tightened after that, holding the Red Raiders to 33% shooting in the first half.

That defense was a catalyst coming out of the locker room, as Central missed all eight of its 3-point attempts.

The 3-point shot was also a key to Onalaska (19-1, 11-0) hanging around, until gaining the lead late in the second half.

0
2   0
previous For NBA players, a little rest now before a hectic finish
next If at first: Ryan Braun back at 1B for OF-heavy Brewers
Related Posts