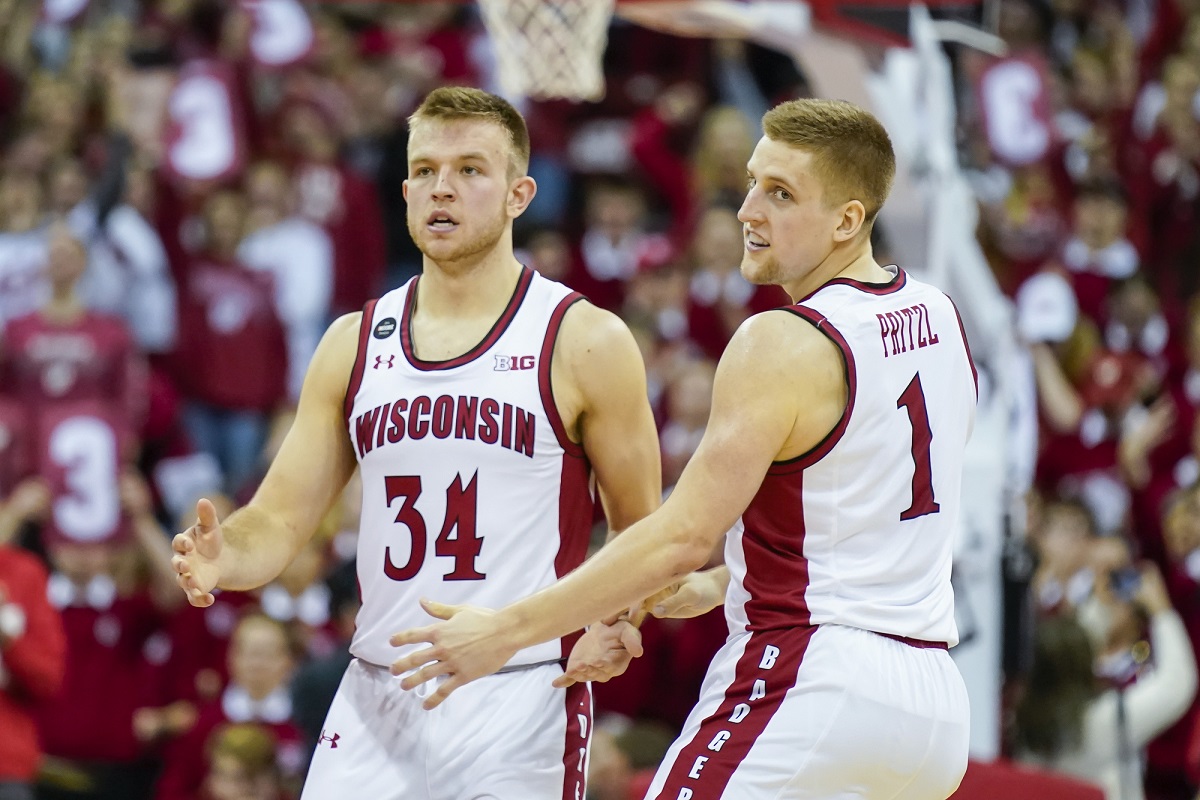 MADISON, Wis. (AP) — Wisconsin guard Brevin Pritzl was looking down at the final boxscore from a podium when Trevor Anderson leaned in from a few seats over to give his teammate a compliment.

It might have been the only time that Pritzl was caught off guard on Sunday following the Badgers’ easy 70-57 win over Ohio State.

“Shout out to my man,” Anderson said as he looked down at Pritzl. “Heck of a day for him!”

Wisconsin (14-10, 7-6 Big Ten Conference) responded to another tough week off the court with another home win in the rough-and-tumble league to bolster its NCAA Tournament resume.

Strength and conditioning coach Erik Helland resigned Thursday after being placed on leave for allegedly using a racial epithet in front of Badgers players as he recounted a story from his days in the NBA. The school said it had no evidence Helland had directed racially insensitive language toward any player.

On Sunday, the Badgers regrouped with their fourth straight win at the Kohl Center, closing the final 4:08 of the first half with a 16-0 run to seize control with a 38-20 halftime lead.

“Definitely getting stops was the biggest thing. The biggest key was just locking down,” Pritzl said.

Andre Wesson had 11 points to lead Ohio State (15-8, 5-7), which committed nine of its 14 turnovers in the first half and had trouble getting good shots in the paint.

Six-foot-9 center Kaleb Wesson, the team’s leading scorer at 14.3 points per game, spent much of the final 7 minutes of the first half on the bench with foul trouble. He finished with eight points on 2-of-11 shooting.

D’Mitrik Trice, who scored eight, sandwiched two 3s around a Pritzl trey in a span of 1:08 late in the first half to give Wisconsin a 36-20 lead.

“That was a big momentum turn,” Buckeyes coach Chris Holtmann said. “Our closeouts weren’t very good. But give them credit – they hit a lot of shots.”

Helland, in a statement last week to reporters, said that he apologized to players after repeating what he called a “repugnant word” in recounting the story, and that he had voiced his disapproval. Helland said that he made a mistake in a “moment of inattentiveness and for that I have the deepest regret.”

Swingman Kobe King, the team’s second-leading scorer, left the program about two weeks ago to seek a transfer. Wisconsin beat Michigan State on Feb. 1 in its first home game since King left the team.

“The one thing is they’re resilient, they learn and they’re always ready for the next challenge,” Wisconsin coach Greg Gard said.

Ohio State: The Buckeyes shot just 32% in the first half and 37% overall on the afternoon. They couldn’t keep up with Wisconsin’s perimeter attack after shooting just 6 of 19 (31%) from the 3-point line.

Wisconsin: Gard started the 6-11 Nate Reuvers and 6-10 Micah Potter, an Ohio State transfer, in the frontcourt together for the first time this season. The lineup change worked with Reuvers (three blocks) and Potter (two blocks) leading an inspiring effort on the defensive end near the bucket in the first half.

After falling behind by 18 at the half, the sloppy Buckeyes never got closer than 11 the rest of the way. “I thought we had a lot of balls knocked loose from us,” Holtmann said. “We did not challenge and contest enough on their threes.”

UP NEXT
Ohio State: The Buckeyes open a stretch of three of four games at home by hosting Rutgers on Wednesday.
Wisconsin: The Badgers get a five-day break before visiting Nebraska on Saturday.

0
0   0
previous Hectic end to the NBA’s trade window, but some teams sat out
next US women beat Canada 3-0 in Olympic qualifying final
Related Posts