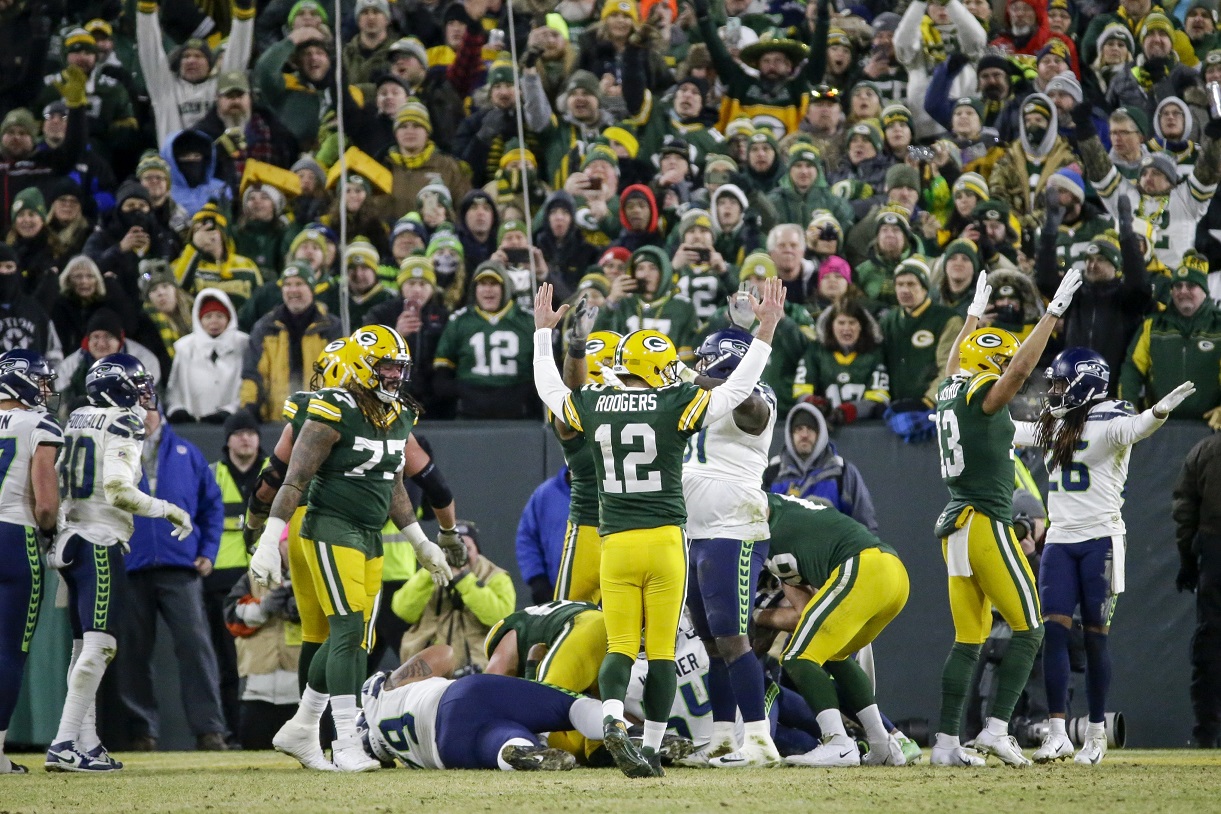 The conference championships will be all about rematches, including a classic rivalry in the NFC.

San Francisco will host Green Bay after the Packers held on to edge undermanned Seattle 28-23 at Lambeau Field on Sunday. These teams met in November, a 37-8 romp for the Niners, but their postseason history includes some tight games. They will be meeting in the playoffs for the eighth time, all since 1995. Green Bay leads 4-3.

In the AFC, Kansas City’s sizzling comeback from a 24-0 hole to a 51-31 victory over Houston sets up a rematch of a November loss to Tennessee. The Titans also beat the Chiefs in a 2017 wild-card game.

Like Houston, Green Bay (14-3) built a sizable lead. Thanks to the receiving of Davante Adams (eight catches for 160 yards and two TDs) and some key completions late by Aaron Rodgers, the Packers survived after Seattle stormed back.

“He had an unbelievable night, carried us on offense,″ Rodgers said of Adams. ”His route-running ability is just unbelievable.

The 49ers (14-3) romped past Minnesota 27-10 on Saturday with a balanced performance. They set a franchise playoff record by allowing only 147 yards to the Vikings.

Jimmy Garoppolo threw a TD pass on his opening drive as a playoff starter and then mostly watched his defense and running game (186 yards) take over. Two turnovers also hurt Minnesota, and Tevin Coleman rushed for 105 yards and two scores.

The Chiefs secured their place Sunday by getting four touchdown passes from Patrick Mahomes in the second quarter.

“I mean, it was an amazing thing. Everything was working,” Mahomes said. “The play calls were open, everybody was getting open against man coverage which we’ve been preaching all season long, and guys were making plays.”

So now it’s on to hosting the AFC championship contest again; the Chiefs lost in overtime to the Patriots a year ago.

The last time Kansas City and Tennessee met was also the last time the Chiefs were beaten, 35-32 in Nashville on Nov. 10. Ryan Tannehill threw a 23-yard touchdown pass to Adam Humphries with 23 seconds left, and Joshua Kalu blocked a last-second field goal attempt.

No. 6 seed Tennessee (11-7) won its second straight road playoff game with a similar approach: feed Derrick Henry. The standout running back dominated in New England in the wild-card round and was again unstoppable at Baltimore. Henry is the first player with two games of 175 rushing yards or more in the same postseason. He has set the postseason single-game rushing record for the Titans in consecutive weeks.

He also has the most yards rushing through his first four postseason games at 561.

And, get this, he threw a 3-yard touchdown jump pass at Baltimore — the first by a running back in the playoffs since 1987, when Allen Rice of Minnesota managed it.

Tennessee’s defense isn’t likely to collapse the way Houston’s did, and the Titans almost certainly will stick with their so-far highly successful game plan of controlling matters on the ground.