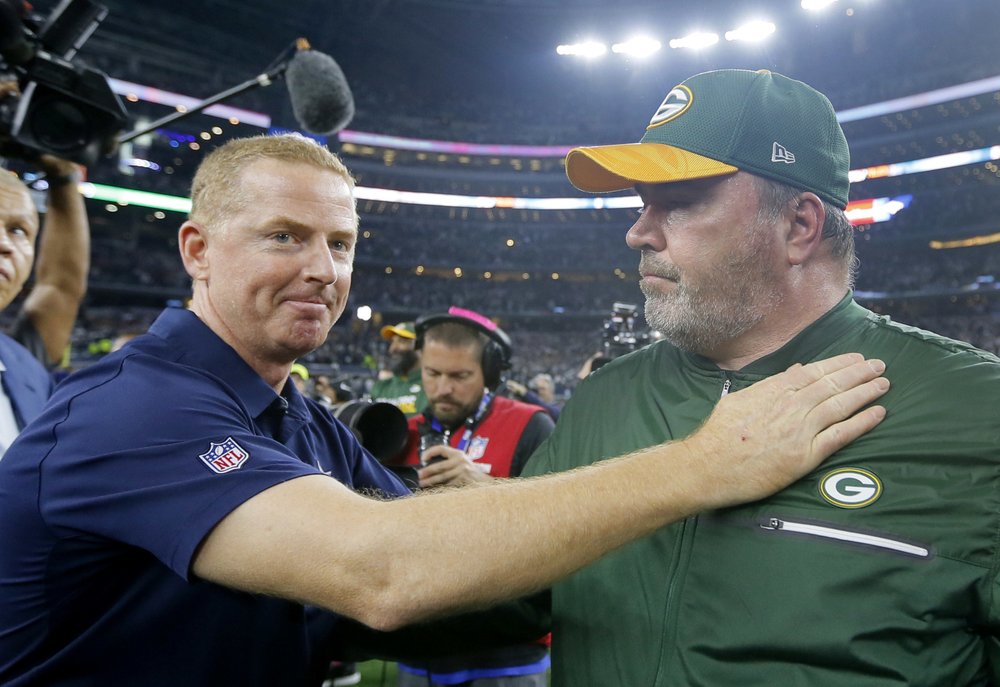 The club made the announcement Tuesday, a day after McCarthy reached agreement on a deal to replace Jason Garrett.

It’s the second coaching stop for the 56-year-old McCarthy, who won a Super Bowl and went to the playoffs nine times in 12-plus seasons with Green Bay.

He was 4-7-1 two seasons ago before getting fired after an embarrassing loss to Arizona. The season before that, McCarthy’s Packers finished 7-9.

The Packers won the title at the home of the Cowboys nine years ago. They went to the NFC championship game four times under McCarthy, who is 125-77-2 in the regular season and 10-8 in the playoffs.

Garrett led an underachieving 8-8 team in a make-or-break season, missing the playoffs in the final year of his contract. Owner Jerry Jones said Sunday the club wasn’t offering Garrett another contract after McCarthy had already interviewed.

The 53-year-old Garrett had the second-longest tenure in club history at 9½ seasons.