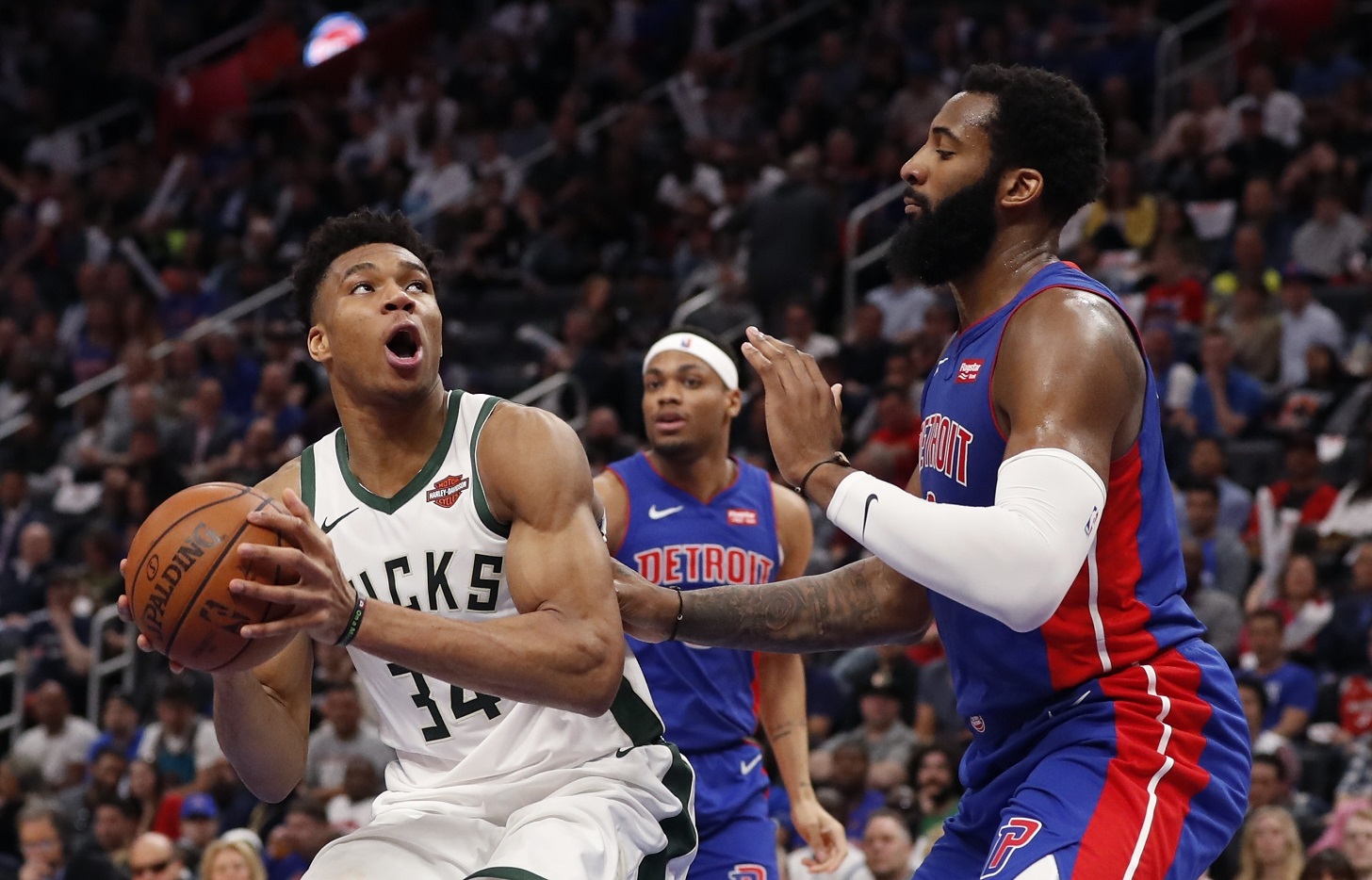 Wesley Mathews added 13 points and Eric Bledsoe 11 for the Bucks, who improved their record to an Eastern Conference best 13-3.

Derrick Rose had 20 points, Langston Galloway had 13, and Andre Drummond had 12 points and 17 rebounds for Detroit, which played without Blake Griffin.

Griffin, who has played in just four games, was inactive for injury recovery after playing 32 minutes in the Pistons 128-103 victory over Atlanta on Friday in the first game of the back-to-back.

Antetokounmpo is the first player to open the season with 16 consecutive double-doubles since Moses Malone did it with the Houston Rockets in 1981. Antetokounmpo and George Hill hit consecutive 3-pointers to fuel a 12-0 run to open the fourth quarter and put Milwaukee in front 89-69. Detroit missed its first eight shots of the quarter before Langston Galloway finally hit a 3-pointer with 5:47 remaining.

The Bucks used a 15-2 run midway through the third quarter to open a 71-54 lead. Detroit whittled the lead to 77-69 entering the final period.

Hill’s 3-pointer at the buzzer put the Bucks up 54-47 at the half. Milwaukee shot 51 percent in the first half, making 21 of 41 shots, but Detroit stayed close thanks to nine second-chance points.

Detroit has four players who were with the Bucks last season — Tim Frazier, Thon Maker, Tony Snell, and Christian Wood. “As I went through their depth chart, I was like, ‘Wow,’ don’t remember having four from a previous team, previous season and then playing them,” Bucks coach Mike Budenholzer said.

UP NEXT
Pistons: Host Orlando on Monday.
Bucks: Host Utah on Monday.

0
0   0
previous With 222 yards, Taylor breaks another record as No. 14 Badgers beat Purdue
next AP Top 25: Badgers, Gophers move up, ahead of axe battle for Big Ten West title
Related Posts