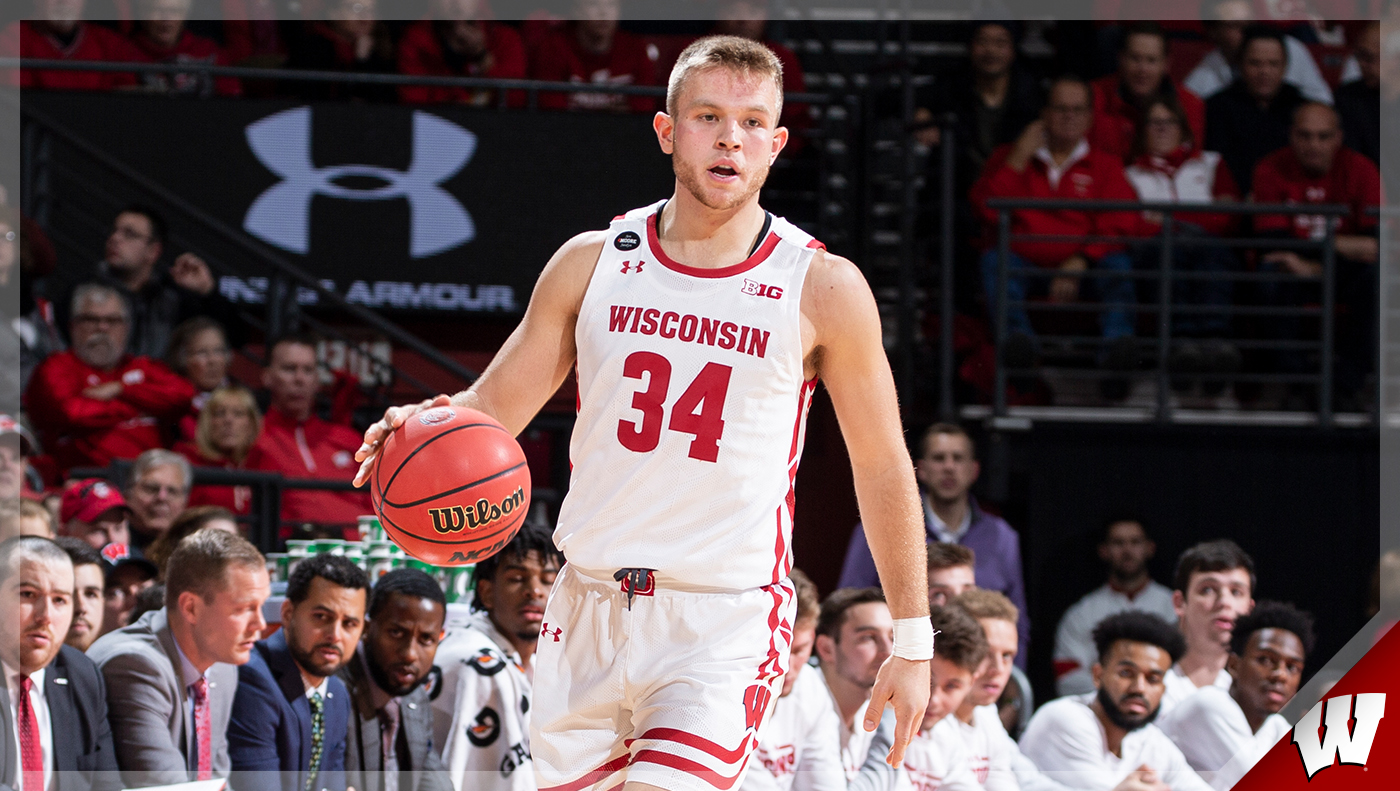 MADISON, Wis. — The University of Wisconsin men’s basketball team was without Kobe King, in an 83-63 win over McNeese on Wednesday.

King was hurt during practice on Tuesday, though what the injury is exactly is unclear. All that’s known, really, is it is a left leg injury — the same leg where he suffered a broken patella two seasons ago.

The La Crosse native was coming off a career-high 18 points in a win over Eastern Illinois on Nov. 8.

In the win over McNeese at the Kohl Center, Brad Davison (pictured above) scored a game-high 24 points on 7-for-8 shooting from the field, 3-for-4 from deep and 7-for-7 from the line. Teammate Aleem Ford added a career-high 16 for Wisconsin (2-1), which drained 10 of 28 3-pointers.

It took a half, however, for the Badgers to pull away from the Cowboys (1-2). Wisconsin started the game in a 9-3 hole, shooting 1-for-8 from the field.

In the second half, Wisconsin double and triple-teamed forward Sha’Markus Kennedy, who scored 18 of his team-high 20 points in the first half.

Wisconsin forced McNeese into 18 turnovers, which led to 30 points. The Badgers had just nine turnovers.

0
0   0
previous Marquette uses big 2nd half to drop Purdue at home 65-55
next After three days off, Bucks back in action, but without $178 million man
Related Posts