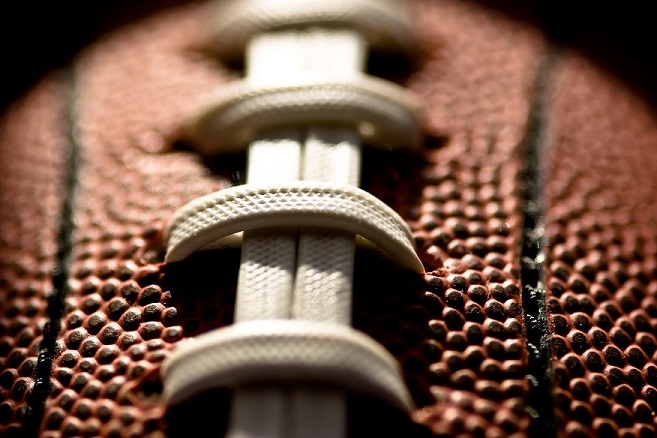 WIAA PLAYOFFS: Quick look at first round for Coulee Region

WIAA PLAYOFFS: Quick look at first round for Coulee Region

The high school football playoffs get underway tonight in Wisconsin.

While some states allow every team to qualify for the postseason, the WIAA requires — for the most part — teams finish above .500 in conference.

That makes the first round of the playoffs quite competitive and no seed is ever safe.

Here is a quick look at the matchups in the Coulee Region.

WIAA PLAYOFFS
DIVISION 2
No. 6 Central (5-4) at No. 3 Milton (8-1)
The Red Raiders qualified for the playoffs after a 26-25 win over West Salem in the regular-season finale.
Milton heads into the playoffs just outside the Top 10 rankings in the Large Division. Its only loss came 34-24 at home against Monroe (5-4), three weeks ago.

No. 5 Holmen (6-3) at No. 4 Watertown (6-3)
The winner will likely play top-seeded Hartford (9-0).
Two of Watertown’s losses have come to Stoughton (8-1) and the aforementioned Milton (8-1).
The Vikings head into the postseason having lost two in a row — to playoff teams Sparta and Onalaska. Holmen’s other loss came to Menomonie (8-1), ranked just outside the Top 10 in the Large Division.

No. 5 Sparta (6-3) at No. 4 Reedsburg (7-2)
The winner would likely play top-seeded DeForest (9-0), which ranked fourth in the Large Division.
Reedsburg’s only two losses this season have come to DeForest and ninth-ranked Waunakee (8-1).
The Spartans head into the playoffs winners of three of their last four, but did lose last week 24-10 at Marshfield (6-3).

DIVISION 3
No. 7 Monroe (5-4) at No. 2 Onalaska (8-1)
The Hilltoppers finished the regular season ranked 11th in the Large Division. Onalaska’s only loss this season came 24-23 on Sept. 6 at Lake Mills, which is ranked sixth in the Medium Division.

The Blugold have come a long way in the past eight seasons or decade, depending on how you look at it.
Aquinas will finish the season above .500 for the first time since 2008 and is in the playoffs for the first time since 2012, when it got to the second round.
In 2008, Aquinas finished 8-3 and also lost in the second round of the playoffs.
Two of Platteville’s losses have come against a pair of 8-1 teams — River Valley (35-14) and Prairie du Chien (42-7), last week.

No. 3 Columbus (6-3) at No. 6 Arcadia (5-4)
Columbus was 3-3, before ending the regular season with three consecutive wins — two against playoff teams. After got into the playoffs with a regular-season finale win over Richland Center (2-7).

No. 7 New Glarus/Monticello (5-4) at No. 2 Prairie du Chien (8-1)
PdC’s only loss came to River Valley, mentioned above. Meanwhile, NG/M lost four of its last five games before reeling off three consecutive wins to close the regular season. Those three teams were a combined 8-19 — all under .500.

DIVISION 6
No. 8 Whitehall (4-5) at No. 1 Mondovi (9-0)
The Norsemen snuck into the playoffs, despite a losing record overall and in conference (3-4). Whitehall’s reward — a Mondovi team ranked 10th in the Small Division.