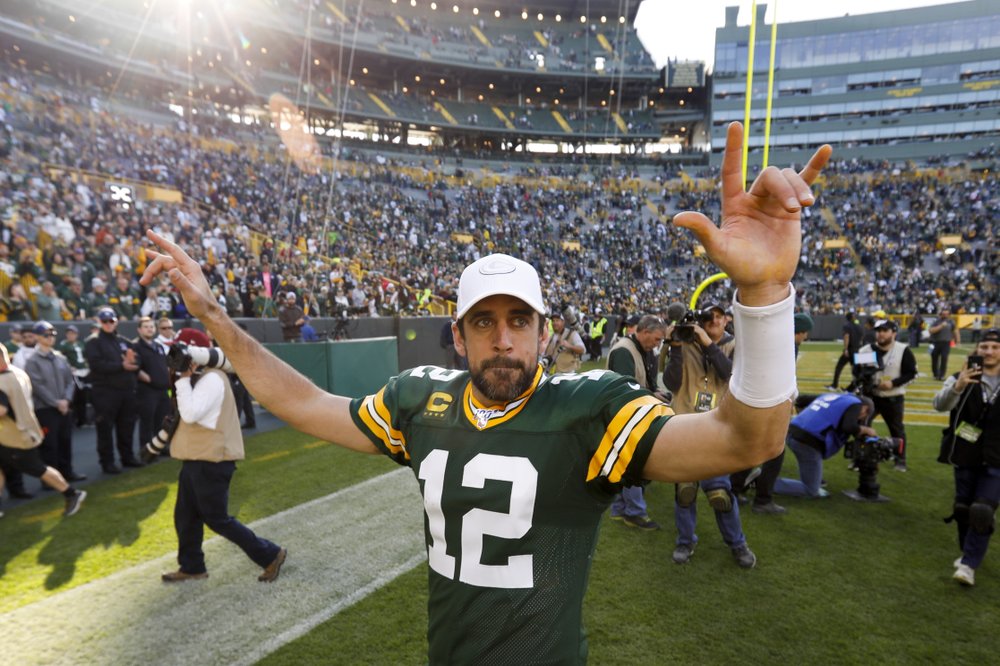 Just last week, the Green Bay-Kansas City game was looming as one of the largest in the NFL this season.

Then Patrick Mahomes went down with a dislocated kneecap, tainting a bit this made-for-prime-time TV matchup against Packers counterpart Aaron Rodgers. Matt Moore, as experienced as he is, doesn’t the produce the same what-will-he-do-next wizardry at quarterback.

The injury made this contest a little harder to pick, too, even if the Chiefs have yet to rule out Mahomes, because the Packers jumped to 4½-point favorites by Wednesday.

Rodgers and the offense hit a stride under new coach Matt LaFleur last week against Oakland, sure, but winning at Kansas City is never an easy task. With the Packers pegged fourth and the Chiefs slotted seventh in the latest AP Pro32 power poll, there’s plenty of evidence that these are two of the top teams in the league.

“We’ll see how it all goes,” Chiefs coach Andy Reid said, “but we have a lot of confidence in Matt.”

Mahomes or not, the Packers could be due for a slight stumble, so …

KNOCKOUT POOL: The AP prognostication crew is still alive, almost halfway through the season, so now is the time to lean on the home-field advantage MINNESOTA has at U.S. Bank Stadium, where the Vikings have outscored three opponents this year 100-36.

Kirk Cousins faces his former team for the first time. His predecessor as quarterback of the Vikings, Case Keenum, probably needs another “Minneapolis Miracle” pass — and then some — to win this one.

The Rams ironed out some rough spots last week. The Bengals have many more issues, whether traveling domestic or international.

The biggest disappointment of the season to date visits the league’s surprise success. The Bills ought to be less daunting of a foe than what the reeling Eagles pass defense has faced lately.

The Seahawks and Packers are the only road favorites this week. Falcons coach Dan Quinn might secretly wish he was still running Seattle’s defense.

Setting aside the matter of Mitchell Trubisky, this could be the type of game the Bears defense can win all by itself.

Golden Tate gets to see firsthand that Matthew Stafford and the Lions receivers are faring just fine without him.

After two interceptions and three sacks at Indianapolis last week, DeShaun Watson will find less stress at home against the Raiders.

Can Teddy Bridgewater go 6-0? The Saints keep marching on.

There would have been some serious buzz around this interconference game, twenty years ago. Or even in 2015, when Jameis Winston and Marcus Mariota had so much promise as the top two picks in the draft.

The 49ers have beaten one team, the Rams, with a winning record. Here comes another one, albeit on a cross-country road trip.

The ideal game for airing any commercial featuring Peyton Manning. Jacoby Brissett is doing both him and Andrew Luck proud.

The Browns have had two weeks to rest and prepare for the defending champions. The Patriots, alas, have allowed just 48 points in seven games. Forty-eight!

The Steelers have only two wins entering the last weekend in October, but their four losses have come by opponents with a combined 23-4 record.