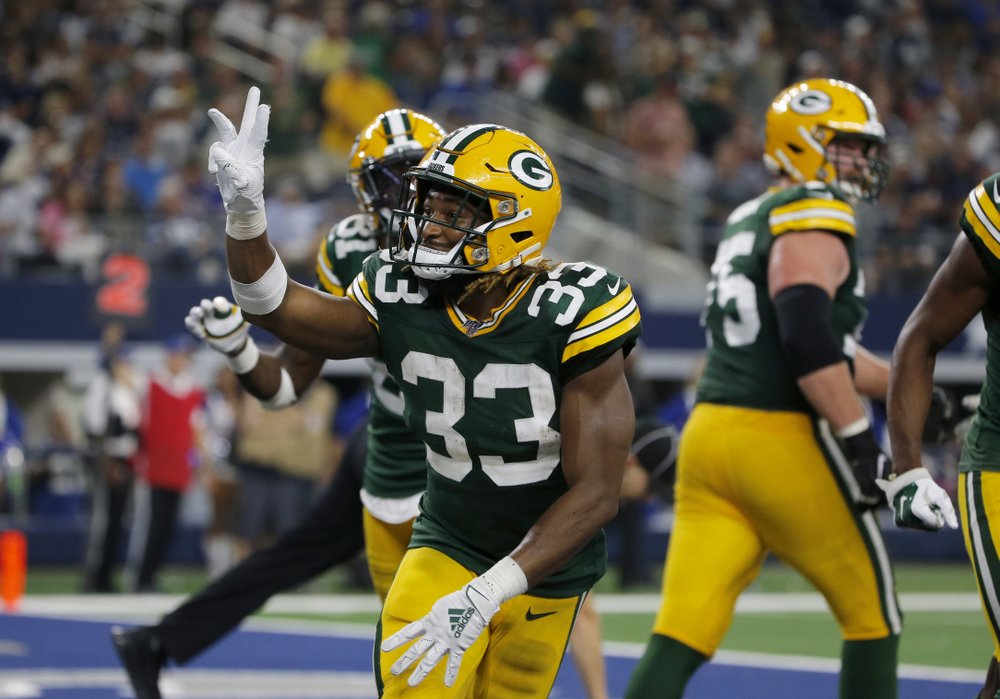 NEW YORK (AP) — Among the top teams in the NFC, the San Francisco 49ers stand out for one important reason: They are still unbeaten.

The 49ers improved to 5-0 on the season after shutting down the Los Angeles Rams 20-7 last week. The Niners, who are one of four NFC teams with five wins, moved up one spot to No. 3 in the latest AP Pro32 poll.

“Jimmy Garoppolo has solved the quarterback question in San Francisco, but it’s the defense that’s the most impressive part of this team,” Newsday’s Bob Glauber said.

And the 49ers will be a heavy favorite to stay perfect on the season; they face last-place Washington on Sunday.

“It took five wins, but I’m on the bandwagon,” Charean Williams of Pro Football Talk said of San Francisco. “This is a good football team.”

The New England Patriots, the other unbeaten team in the league, are the unanimous top team; they received all 12 first-place votes for 384 points in balloting Tuesday by media members who regularly cover the NFL.

The Patriots close Week 7 when they face the New York Jets on Monday night. The Patriots defeated the Jets 30-14 in Week 3 at home.

The New Orleans Saints, who fended off the Jacksonville Jaguars 13-6 last week, remained No. 2.

The Seattle Seahawks moved up two places to No. 4 after topping the Cleveland Browns.

“3-0 road record for the first time since 1980 is awfully impressive. Will Dissly injury, though, hurts,” Alex Marvez of Sirius XM said of the Seahawks tight end who is expected to miss the rest of the season.

The Seahawks face another AFC North foe this week when they host the first-place Baltimore Ravens, who also jumped two places, landing at No. 10.

The Green Bay Packers remained at No. 5 after their 23-22 win over the Detroit Lions on Monday night on Mason Crosby’s 23-yard field goal as time expired.

“Aaron Rodgers has a defense, good health and a new bounce in his step,” said Ira Kaufman of Fox 13 in Tampa, Florida. “He is also reminding us why he has a gold (Hall of Fame) jacket in his future.”

The Houston Texans jumped nine spots to No. 6 after topping the Kansas City Chiefs 31-24. The Chiefs plummeted six spots to No. 9 after their second consecutive loss at home.

“Extremely worried about that run defense,” Fox Sports’ John Czarnecki said after the Chiefs allowed 192 rushing yards to the Texans.

And ending that skid doesn’t get any easier for the Chiefs, who head to Denver to face the Broncos to open Week 7 on Thursday night. The Broncos have won two in a row after a 0-4 start.

Despite a bye week, the Buffalo Bills inched up a spot to No. 7 in the poll. The Bills (4-1) will host the winless Miami Dolphins on Sunday. And the Minnesota Vikings climbed five spots to No. 8 after handling the Philadelphia Eagles 38-20.