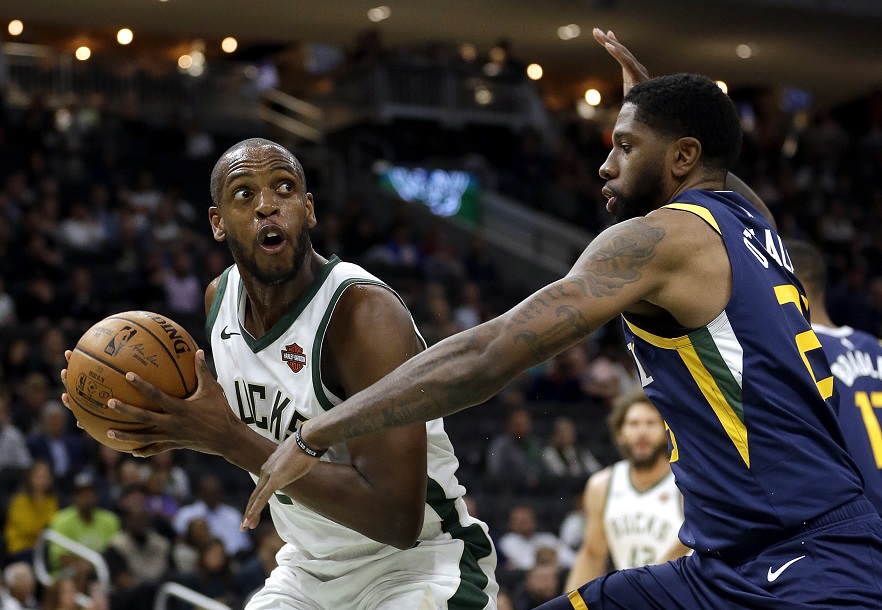 After a 10-point win in the preseason opener with just one starter in the lineup, the Milwaukee Bucks were at full force Wednesday.

Khris Middleton and Brook Lopez each scored 14. Newcomer Wesley Matthews started, and scored 8 points in 17 minutes, going 2-for-3 from deep.

Other newcomers were also relatively successful in short minutes. Dragan Bender had 11 points, three blocks, Kyle Kover went 3-for-3 from deep and Thanasis Antetokounmp, Giannis’ brother, had 9 points, on 4-for-4 shooting to go with five rebounds.

Big man Rudy Gobert didn’t play for the Jazz. Donovan Mitchell scored 14 in 18 minutes. The only other player in double figures was 21-year-old center Tony Bradley, who had 17 points, 10 rebounds in a game-high 22 minutes.