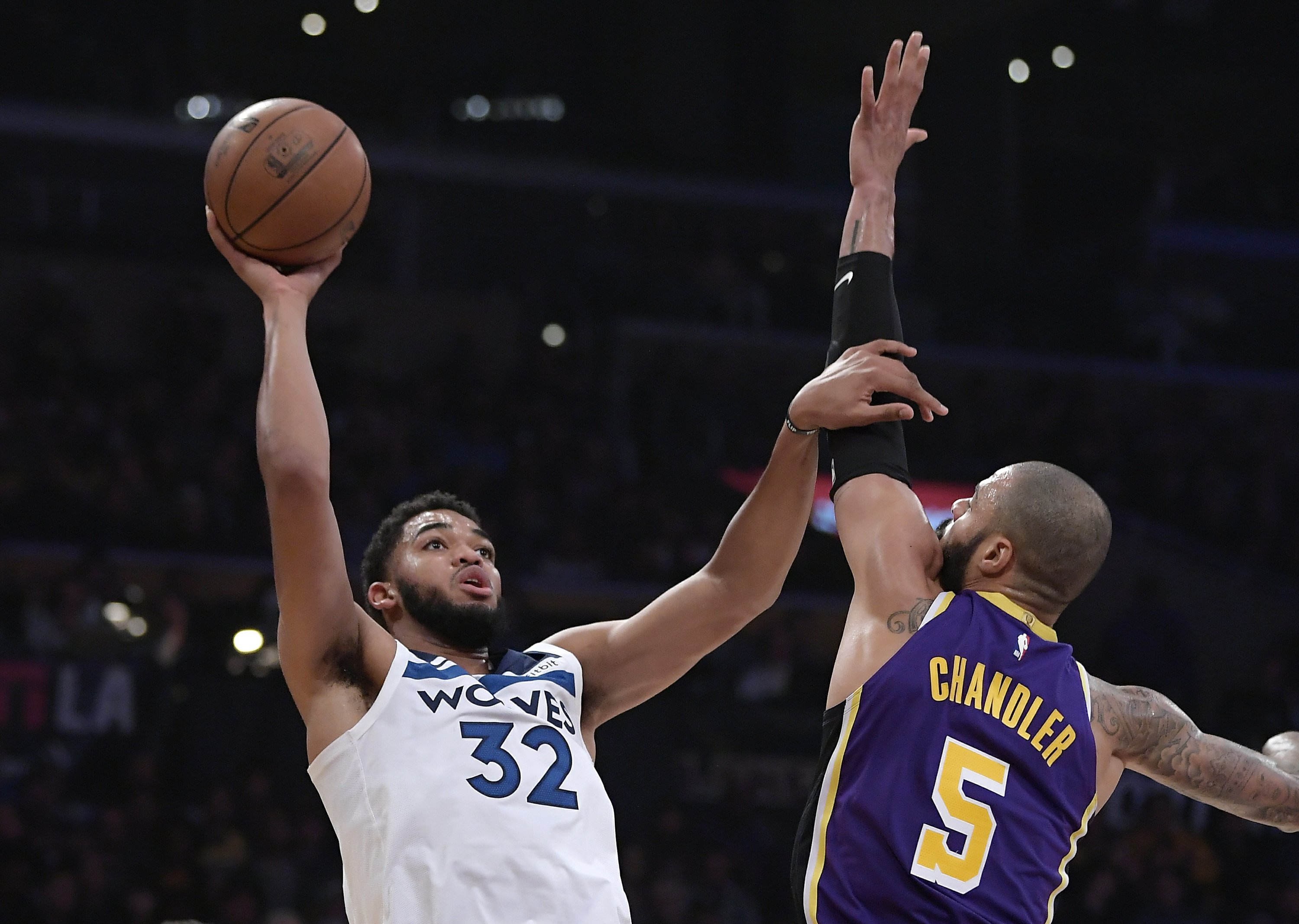 MINNEAPOLIS (AP) — The tension that the Minnesota Timberwolves lugged into last season has been long stamped out, replaced by talk of creating culture, establishing process and building relationships under a new regime.

This team will be flying under the radar in the star-bursting Western Conference, facing a steep climb to the fringe of the playoff picture after finishing in 11th place in 2018-19. How much impact a fully healthy roster, an upbeat mood and a modernized on-court strategy will ultimately have on performance remains a mystery, but for now it’s clear at least that these players have been enjoying each other’s company.

Whether through a trip to the Bahamas led by center Karl-Anthony Towns or the well-attended informal workouts on the court at team headquarters, the Timberwolves didn’t have to share how-they-spent-their-summer-vacation stories when they showed up on Monday for the start of training camp. They spent so much of the offseason together they already knew the details.

“They’ve been so responsive to sacrifice some of their summer, which is not an obligation by any sort,” Towns said. “It’s a voluntary thing to do, and every single person has stepped up to the plate and said they want to be great.”

The trade demand made by Jimmy Butler shrouded the dawn of last season until he was sent to Philadelphia for a package highlighted by Robert Covington. Two months after that, president and coach Tom Thibodeau was fired just halfway into his five-year contract. Gersson Rosas and Ryan Saunders were appointed to fill Thibodeau’s dual title, and several role players were swapped out in the first steps toward establishing a more collaborative and empowering environment with schemes on offense and defense designed to mesh better with the current state of the NBA. Nobody in the organization could ever recall so many players around the practice facility throughout the offseason.

“Every year I’ve been in the league, really, I would see a lot of guys at training camp. That’s when the whole team would show up. But this year was more special,” forward Andrew Wiggins said.

Point guard Jeff Teague at age 31 is the oldest of the 20 players on the roster to start camp.

“It’s more upbeat. I was telling someone earlier it kind of feels like New York City right now. Everything’s fast paced, everyone’s moving around, everyone has somewhere to be. Everybody’s focused,” Teague said. “Last year was more like Indiana: Everybody was chill and relaxed. Kind of my vibe. It’s exciting to see, though. I think everyone around here is happy with the way things are going.”

Here some other takeaways from the Timberwolves, on the eve of training camp to start the franchise’s 31st season in the NBA:

For the first time in five years, the Timberwolves will hold a portion of training camp in Mankato, the small riverside city about 90 miles southwest of Minneapolis where owner Glen Taylor got his college degree in 1962 from what is now called Minnesota State University.

Though the team will practice there on Tuesday and Wednesday before returning to home base, the out-of-own trip allows for a little more bonding time. It also restores the tradition of a team dinner at the Taylor house, with his wife Becky’s lasagna as the menu feature.

“We can really just focus on the work, the task at hand, and really set a tone for everybody,” Saunders said.

Covington played in only 22 games for the Wolves after arriving in the trade due to a bone bruise on his right knee. The injury he believed would be minor proved to be anything but that, and the angst of being unable to play for his new team clouded his mind to the point that Saunders recommended Covington see a therapist to help with his mental health.

“It made me get to the point where I had to send my family away from me, just because I couldn’t put them through that energy that I was feeling up top,” Covington said, crediting the sessions for not only improving his mood but accelerating his rehabilitation.

Beginning the second season of his five-year maximum contract, Wiggins will again be under plenty of scrutiny as a $27 million player who has yet to fulfill the potential he came with as the first overall pick in the 2014 draft. Rosas and Saunders have taken the positive approach while trying to encourage him to ditch the mid-range jumpers for more 3-pointers and layups.

“That gives me confidence, and it makes me believe that this is my year,” Wiggins said.