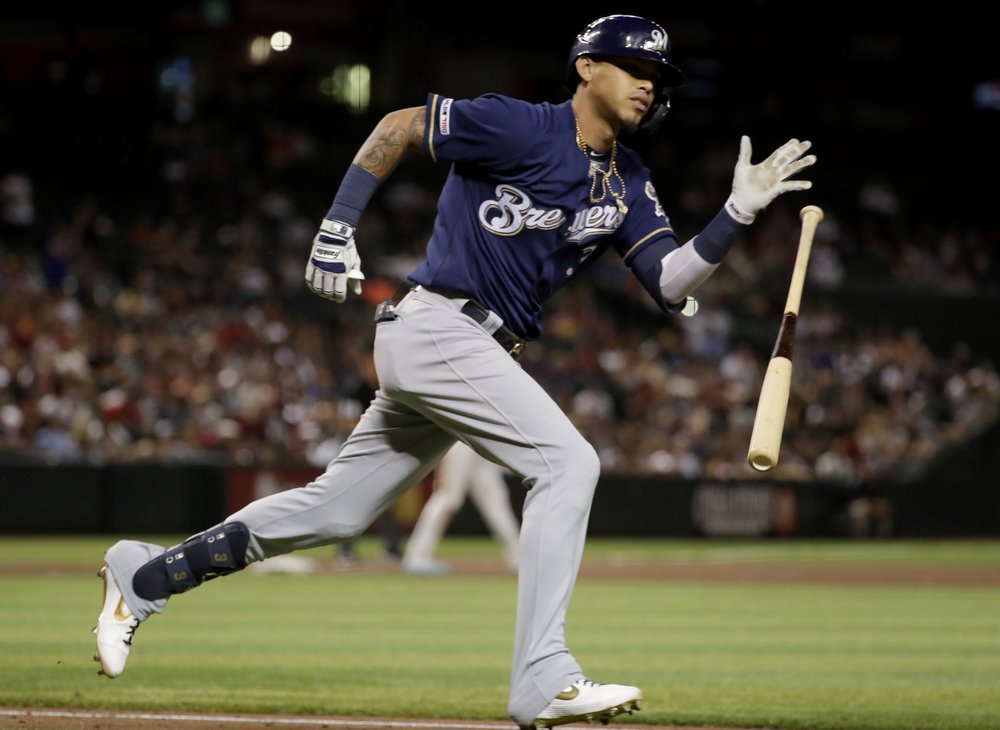 MILWAUKEE (AP) — Milwaukee shortstop Orlando Arcia may have abruptly checked out in the third inning of the Brewers’ series finale against the Chicago Cubs, but he still managed to turn a double play.

Arcia arrived at the hospital Sunday just in time to see the birth of his twin daughters. The Milwaukee Journal Sentinel says Brewers manager Craig Counsell said after the game that “it happened pretty fast,” but Arcia made it in time to be with his fiancée, Elena, for the birth of the twins.

Counsell says Arcia will take some time away for paternity leave. Hernan Perez moved from third base to shortstop when Arcia left Sunday’s game. Mike Moustakas checked into the game at third.